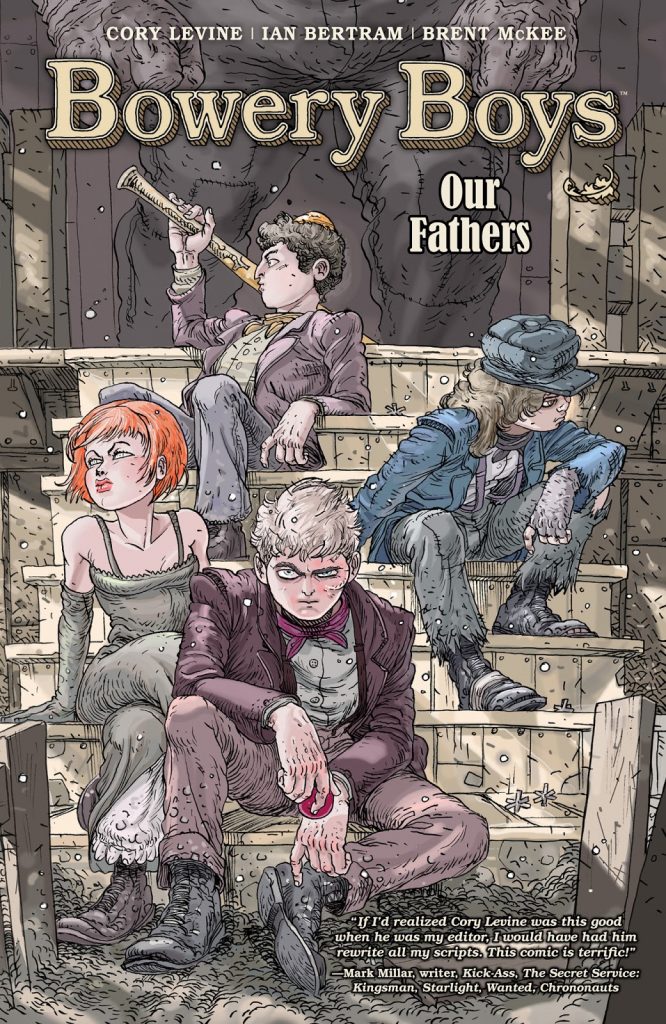 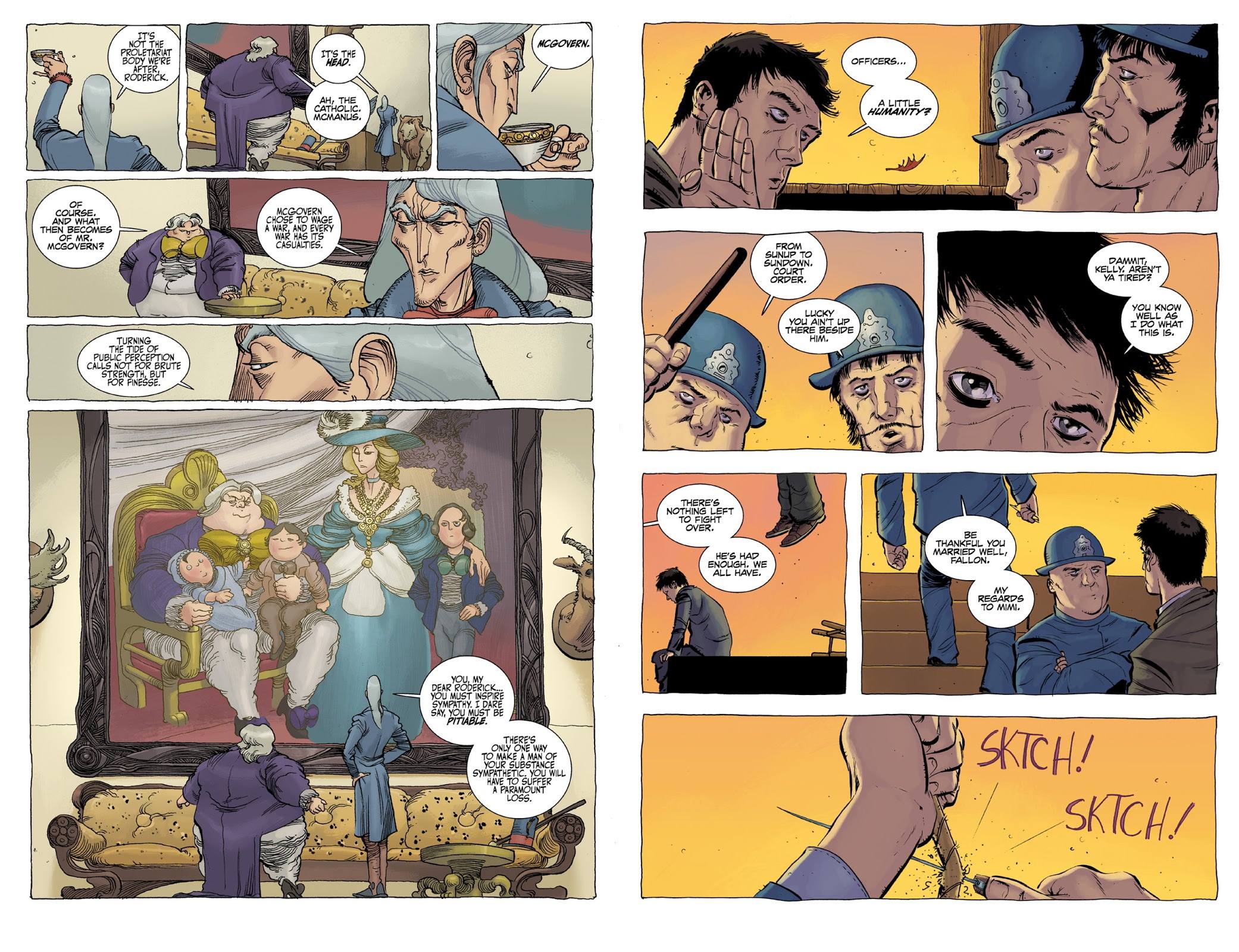 Bowery Boys is a clever pastiche in which creators Cory Levine and Ian Bertram have invested considerable effort to mimic the artistic fashions of the 19th century, which is when their story is set. It takes place among the turbulence of a New York in 1853 that has recently seen a massive influx of Irish immigrants, an era of considerable growth, making the wealthy much wealthier, and generating an underclass scrabbling about for scraps. Nikolaus McGovern has the influence of his union organising father as an example, but seen through the eyes of others, that trade makes his father an obstacle to be removed.

Bertram’s illustrative choice is to emulate the 19th century newspaper cartoonists, down to their distinctive shading. They needed to convey relatively complex ideas in a single illustration and accompanying caption, and so devised a selection of stock characteristics. Corpulence and frock-coats immediately indicated wealth, and flamboyance indicated power, whether fine military trimmings or otherwise. Bertram applies these to his cast, along with rich period detail, both in terms of people and places, the ribald and impoverished given as much attention as the refined and wealthy.

Levine mimics the formal dialogue of 19th century novels, and their multiple characters in a story that unfurls at a leisurely pace. He explores the prejudices that existed in the open, using historically accurate language that some may find uncomfortable, and sets up a compelling power struggle in which Nikolaus and his friends will play a major part.

There’s an awful lot going for Bowery Boys until it’s derailed. It’s obvious that Bertram’s style is extremely work intensive, but that work produces spectacular results. Whatever the reason, Bertram’s contribution ends two-thirds of the way through, with Brent McKee drawing the remainder. Had he been the first choice artist, there’d be no problem with his simpler style and different definition of the cast, but he wasn’t, and we’ve become used to a visual richness very disappointingly absent from the final third of Bowery Boys. McKee moves the viewpoints further in, sometimes using ridiculously near close-ups to avoid supplying any background at all, never mind the opulence we’ve become used to. The backgrounds are replaced by swathes of colour. It’s a fatal flaw that redefines the story as dull-looking.

While not such a staggering fall as the art, Levine certainly also stumbles. Having introduced a wide-ranging cast amid interesting circumstances, Levine hacks away at them, and eventually only the children are not in some way compromised or diminished. The cultural conflicts are never really explored or explained, and it becomes a battle of attrition as Nikolaus moves the Earth to attain justice that may never be forthcoming. The staged ending would certainly have benefited greatly from Bertram providing theatrical richness rather than McKee’s spartan interpretation, but it’s empty and anti-climactic, as if Levine couldn’t reach it quickly enough.

When both main creators are firing on all cylinders there’s more than enough to marvel at, but the drop from the peak is mighty.