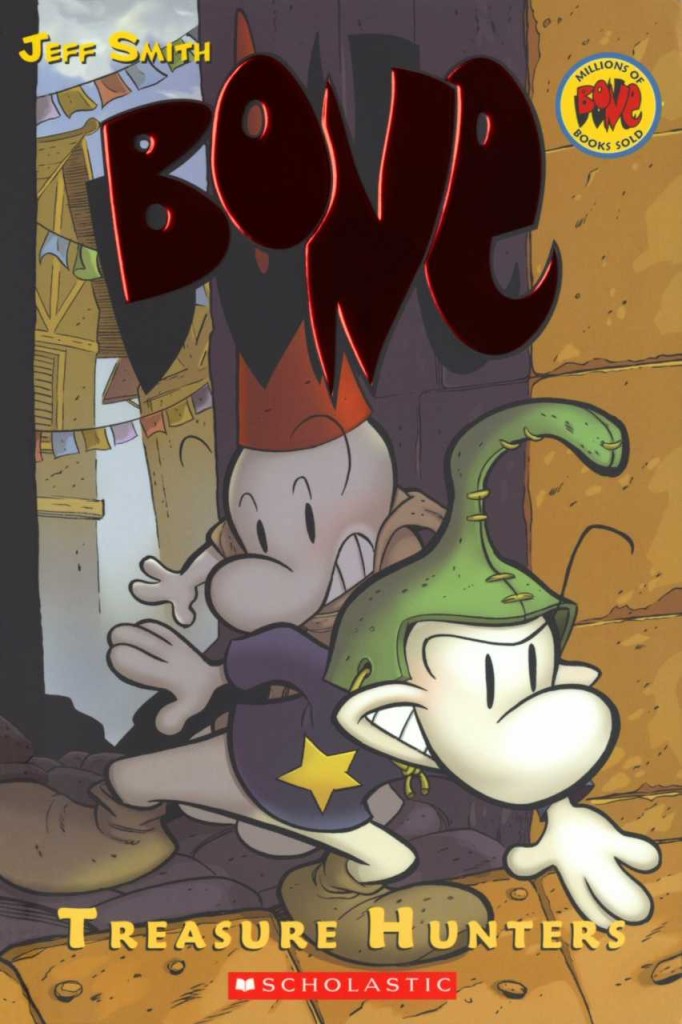 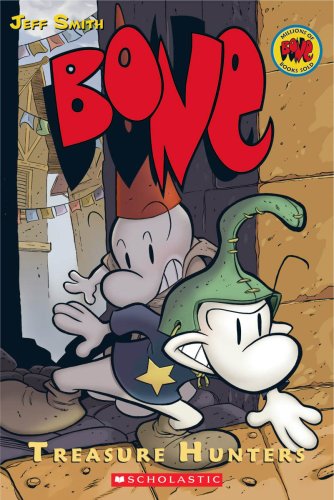 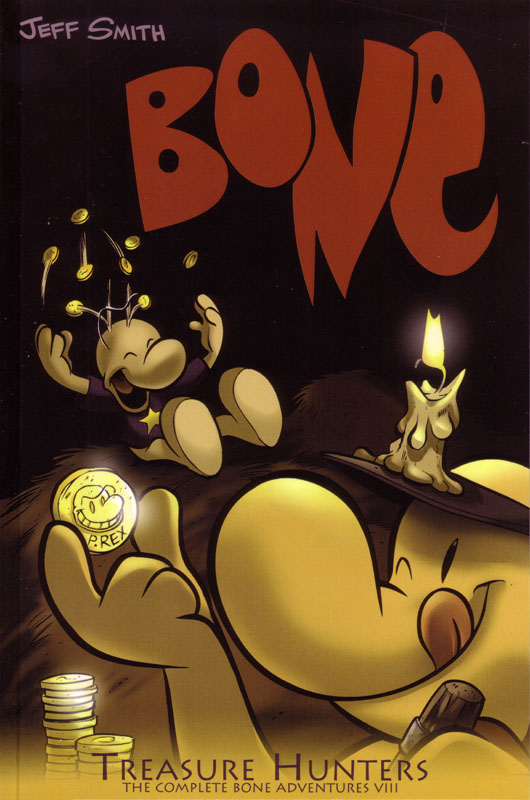 A long and perilous journey through the barren area of Tanen Gard brought Thorn, Gran’ma Ben, Fone, Phoney and Smiley Bone and one other to the town of Atheia. It’s an isolated and extremely busy community, increasingly a refuge as the ghost circles that gave the previous volume its title are so perilous they keep all beings hemmed in. That’s also the situation applying to the remaining residents of Barrelhaven, but they rapidly come to a decision.

Among the recent arrivals in Atheia is an oversize bee and its mate, and they’ve been terrorising the marketplace. As ever, Phoney sniffs money where others only experience fear, and he now his own priorities while the remaining cast discover that all is not as it was. Atheia is now divided by political schism, and while Gran’ma Ben and Thorn have anticipated aid, it might not be forthcoming.

Jeff Smith keeps the pot simmering, but this is the only Bone book where, read in isolation, there’s a feeling that’s the case. It appears complications don’t flow naturally, but have been contrived for the purpose of prolonging matters. It isn’t exactly the case, as several elements featured here are set up for greater purpose in the finale, Crown of Horns. Smith contrasts the imminence of a horrific danger and little chance of surviving it, with Phoney’s compulsion to make money, for instance, although the treasure hunters aspect is rather a slim title overall.

All Bone volumes are available in both black and white, and in colour. It’s debatable whether the colour is at all necessary. It was added by Scholastic Books as considered to have greater appeal for the general market, but artistically it makes little difference. Smith took the opportunity to modify the story slightly for the colour publication, altering some dialogue, and occasionally removing or adding material. Those who’d prefer the entire series between two covers also have the option of colour or black and white.