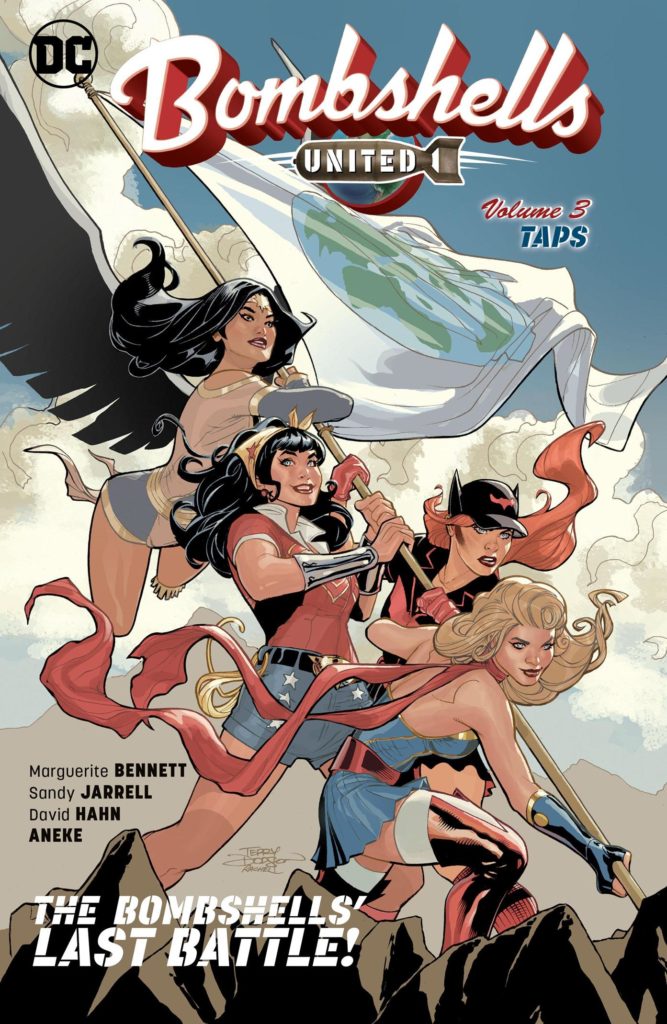 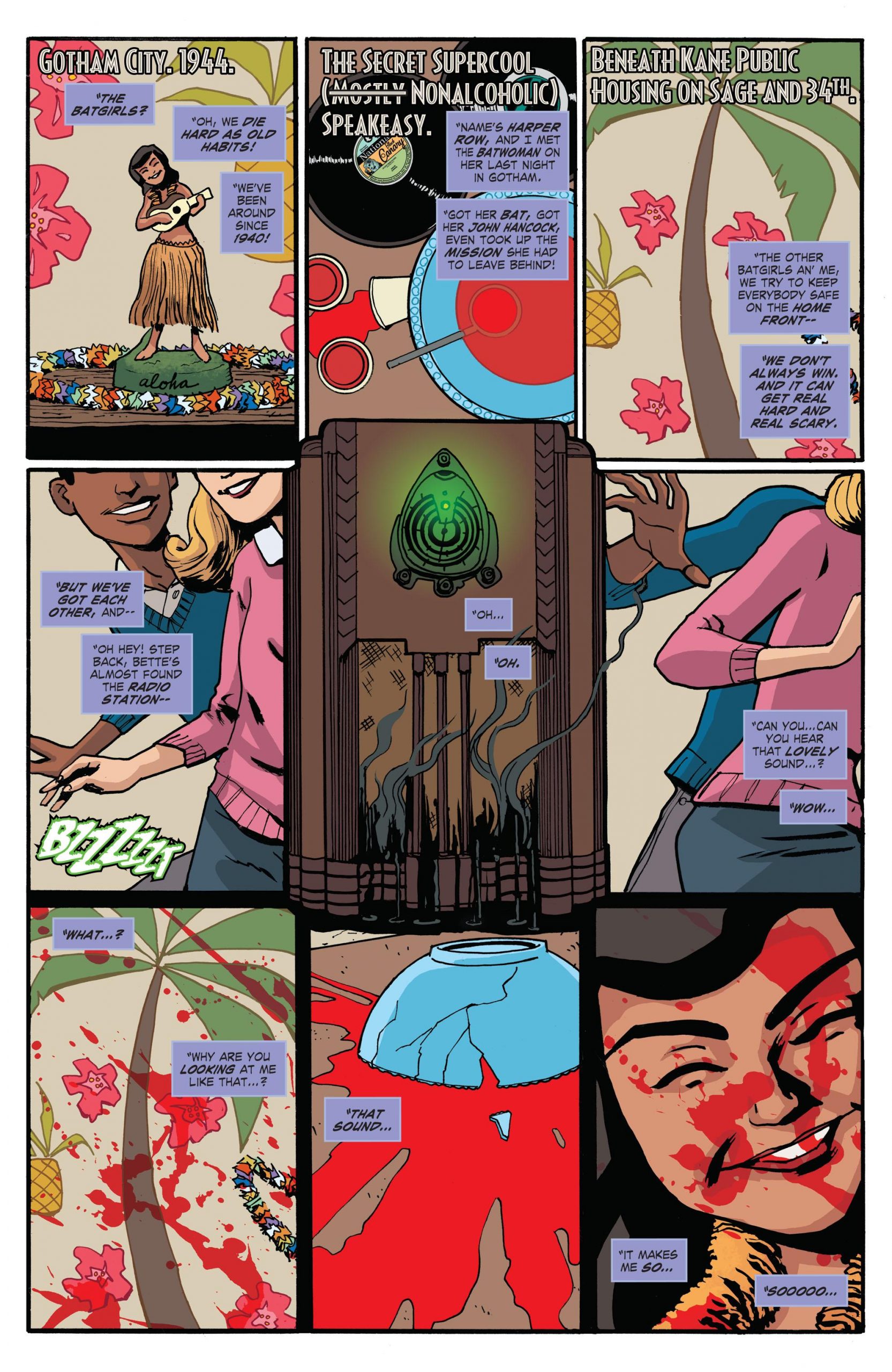 An example of how good Marguerite Bennett can be on Bombshells occurs in the opening chapter where she’s utterly convincing about the importance and capabilities of radio. It’s such old, almost formulaic, technology now, but Bennett convinces us of freshness instead. That’s only the start, though, as the radio is being used for nefarious purposes, and after an early conflict among themselves some of Gotham’s Batgirls head for Hawaii, eventually meeting someone not seen since the previous Bombshells series. Before that, though, there’s Black Canary, Bumblebee and the Suicide Squad to factor in, all trying to get to the bottom of a mystery. It’s fun as it continues the progressing timeline Bennett has worked with since introducing the Bombshells in Enlisted, but it’s also somewhat longer than necessary and falls short of the material in War Bonds.

None of that is down to artist David Hahn. He contributed the odd chapter during the previous two Bombshells graphic novels, but draws large proportion of Taps, charmingly and elegantly, while also displaying some ornate page designs. The sample art is his opening page. Aneke, Sandy Jarrell and Siya Oum handle most of the remainder, and all work to previous standards.

The second half of Taps is the title story, which is sadly even more unsatisfying. From the plot it seems to have been something Bennett was working toward all along, an invasion that minimises the problems of World War II, and provides a big cinematic climax. However, it firstly seems to have been compressed, presumably due to Bombshells being cancelled, but while attempting to please everyone by looking back in on each of the Bombshells featured in the previous eight books (including the original series) Bennett ends up pleasing no-one. Her choice doesn’t leave her enough room for the story, or to deal adequately with everyone she features, and despite that she’s still introducing new characters. Flash, Black Lanterns, Parallax, and a couple more intended to be bigger surprises are rushed on panel and off again in short order, barely introduced before they’re gone when obviously more was intended. That the final Bombshells story is the poorest is a great shame.

Almost underlining that shame by virtue of contrasting quality is a great ten page epilogue set in 1960, on the cusp of a new era. It’s a loving look at everyone who’s been featured, meaning so many could have been cut from the title story. This is Bennett back on form reminding us why we love the Bombshells, and bringing matters back full circle, Marguerite Sauvage draws the piece beautifully, framing the Bombshells in art-deco glory. That’s the way to take your leave.