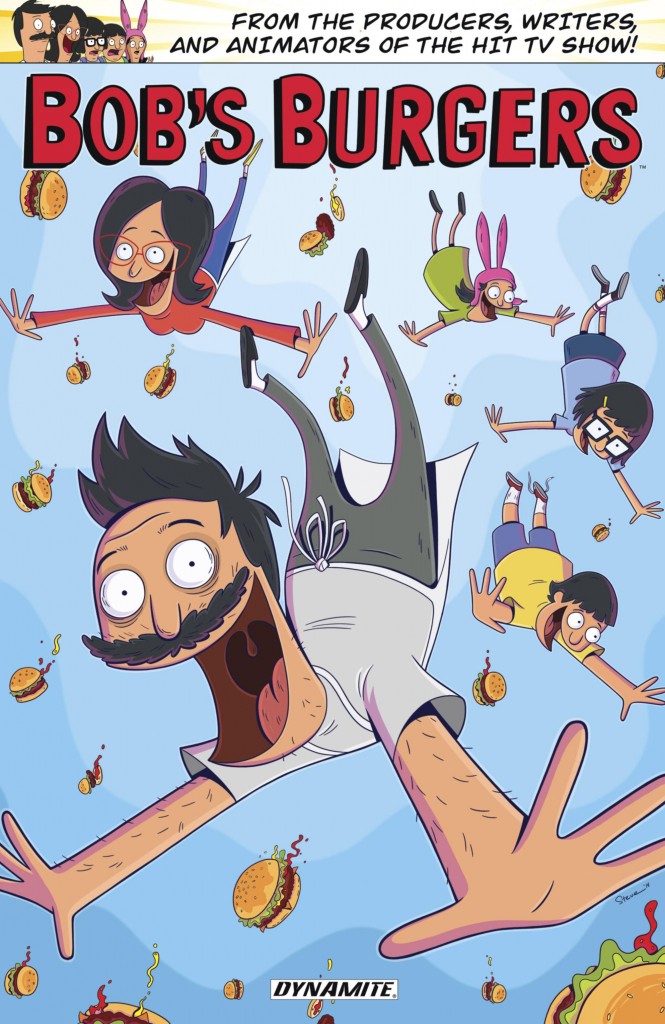 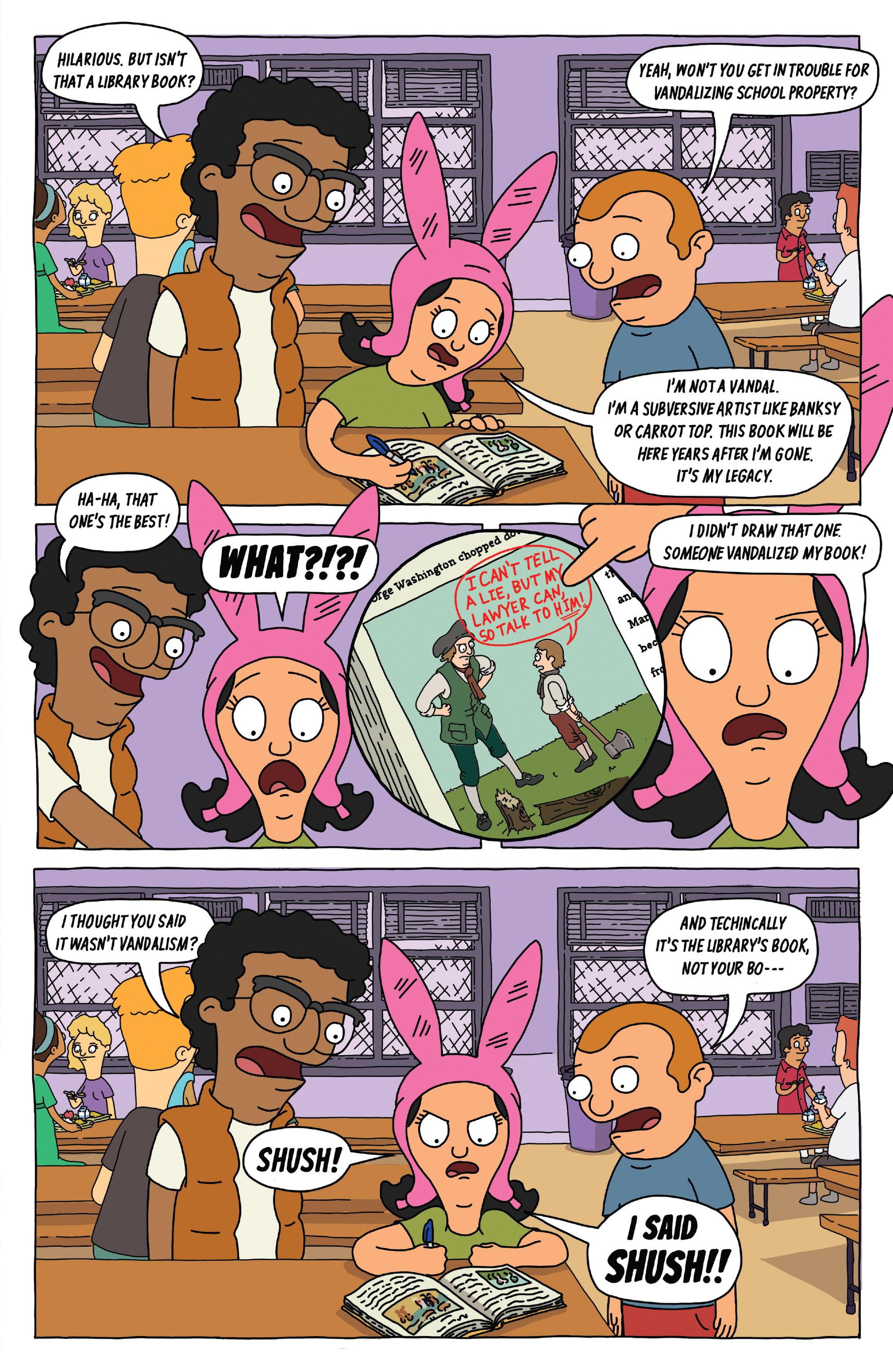 Animated sitcom Bob’s Burgers wasn’t an immediate hit, but word of mouth and network faith aligned with quality comedy resulted in a show that became a ratings leader. That being the case, the people involved with it obviously knew what they were doing, and despite the names being unfamiliar to comic readers, it made sense to have them produce the comics also. They’ve taken an interesting approach. Rather than follow The Simpsons graphic novel format of stories that could be adapted to the TV show, they’ve taken five themes from the show and used those as the basis for gags. This is either as short strips, or as single page text and illustration pieces, always using the same category titles, each of which spotlights one member of the family. Everything is overseen by show creator Loren Bouchard to ensure consistency and continuity.

Bob, or Dad, runs the struggling business, and his spotlight is the Burger of the Day board, with a page of notes offering insights into Bob’s ridiculous thought processes, generally pun based around TV shows and song titles from his childhood that no-one remembers today. Linda is a veritable fountain of ideas, not just in ways to improve the family business, but for all sorts of other products essential to our daily lives that no-one’s thought to produce as yet, and isn’t shy about letting manufacturers know. Particularly when she’s kicking back with a glass of wine after a hard day’s work.

All the children are difficult and eccentric. The stoic Tina invests her emotions in the fantasy fiction she writes, in which she’s the capable and heroic figure, and often ends up with Jimmy Jnr, son of her father’s business rival Jimmy Pesto’s Pizza. The aggressively precocious Louise has the most variety to her material, each strip featuring an investigation, and the musically talented Gene presents a mini musical. He has a fart fixation, so that usually also features.

Surprisingly, while using the show staff is a definite strength when it comes to the art, the writing lags well behind, as all too often the writers use animation pacing to set up gags. It results in a rapid read with a low joke ratio. The other downside is the comics format being a graveyard for musical comedy. When watched, Gene’s musical numbers are a show highlight as they have a sound accompaniment, but however clever the lyrics might be, on paper they’re stillborn.

In addition to the strips from the original comics there’s an extensive selection of pin-ups and variant covers in the back of the book.

Familiarity with the cast and their situations is advised, as the nuances may not convey to anyone who’s not seen it. For all the misgivings this content was successful enough to spawn an ongoing comic series, and collections of that start with Medium Rare. 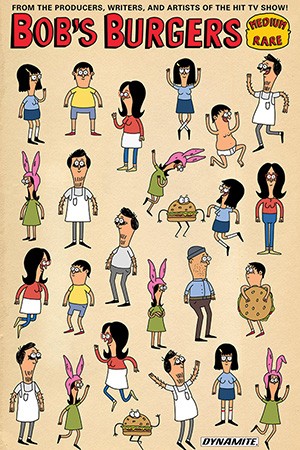