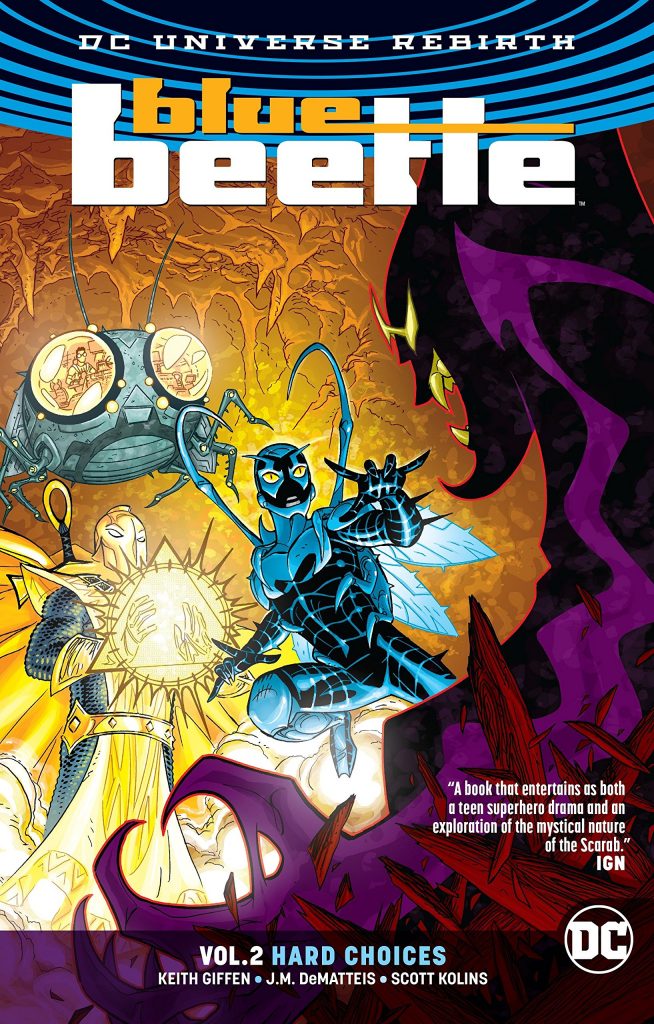 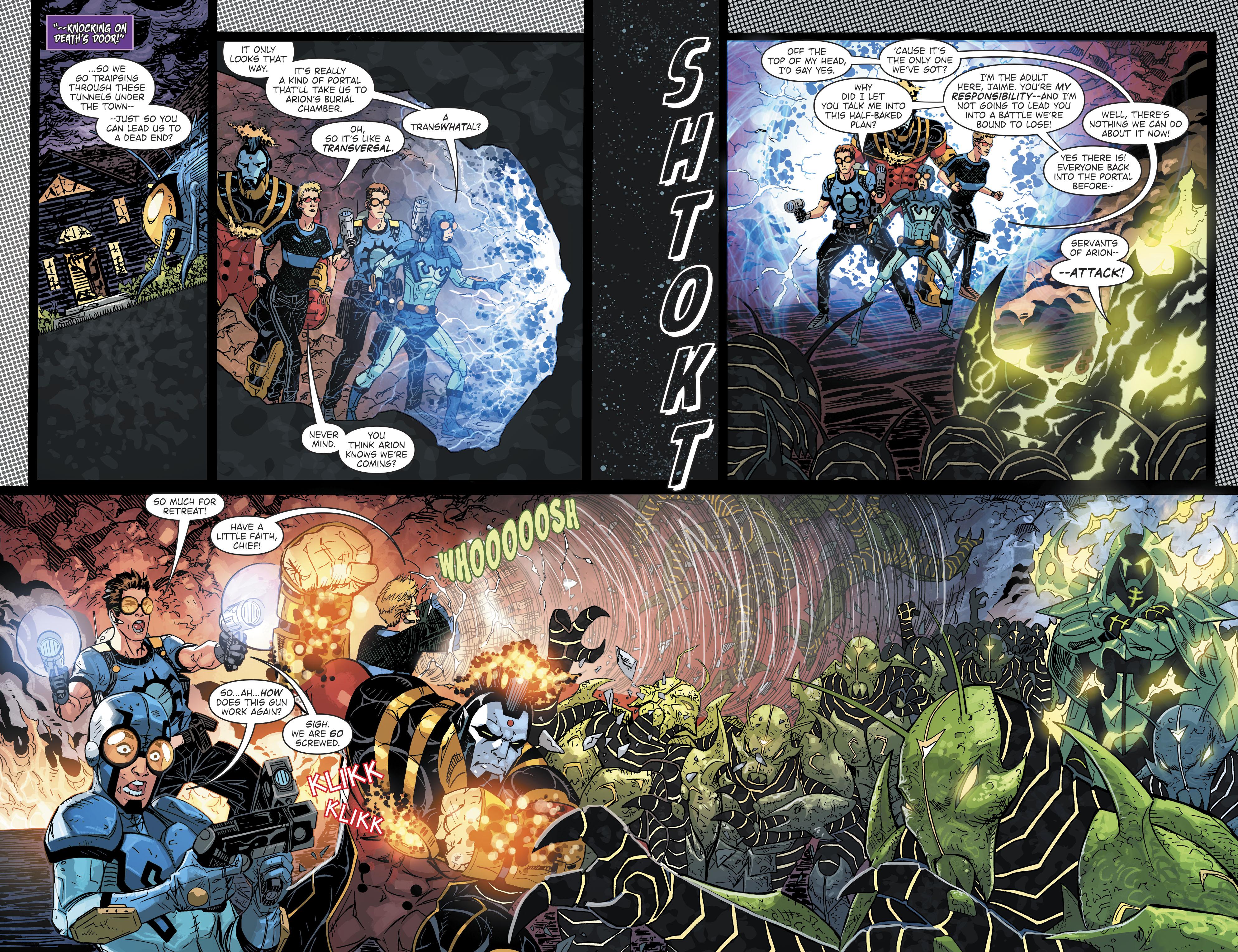 Jamie Reyes might not know why a mystical scarab has attached itself to him, but he’s taken advantage of its ability to convert him into an armoured form of superhero, which is needed as ordinary people have been transforming into monsters. While Jamie dealt with them, much of the remaining pages of The More Things Change occupied itself with either Ted Kord pondering about the significance of the scarab or DC’s resident master of the mystic arts, Doctor Fate, hovering about dropping portentous hints. The teasing stops early in Hard Choices when all hell breaks loose.

Although it’s still Keith Giffen and Scott Kolins producing Hard Choices, the creative balance shifts. By the third chapter Kolins is sticking to the art, Giffen is plotting alone and J.M. De Matteis is providing the dialogue. Let’s start with that. One of the several characters with familiar names reintroduced as surprises is Arion, an ages old tyrant looking to rule the world once again. He loves the sound of his own voice, and having been buried for centuries, he just can’t stop monologuing, so DeMatteis applies a hilarious pomposity to what should be blood-curdling threats. The tone of Blue Beetle is different, but it’s not that far removed from some of the ridiculous parodies Giffen and DeMatteis created for Justice League International.

On the previous book Kolins was slightly disappointing, but that’s not the case here. His civilian scenes continue to engage, he’s now really letting loose with the superhero action and he provides several good character redesigns. His Arion is appropriately grim and imposing, rebuilt from the ground up

Giffen crowded the previous book, but much of what he was setting up comes to fruition here, including some good use of the supporting characters introduced, both human and super-powered. The overall atmosphere is extremely fraught, what with the fate of humanity at stake, but that doesn’t prevent Giffen having a laugh or two, particularly with a chapter ending that’ll either have you gasping at the audacity or feeling cheated. Once the fireworks are over, though, there’s a feeling of the story drifting again. Batman visiting El Paso is unconvincing, and Jamie’s new interaction with the scarab is, well, dull, and that shouldn’t be the case with Giffen and DeMatteis. If they have run out of ideas, perhaps it’s for the best that a new writer comes on board for Road to Nowhere.