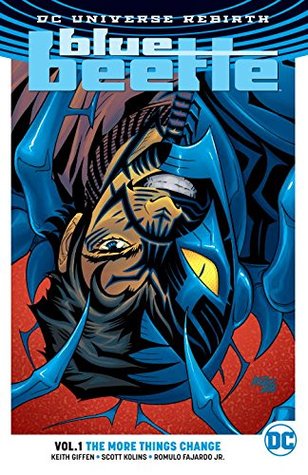 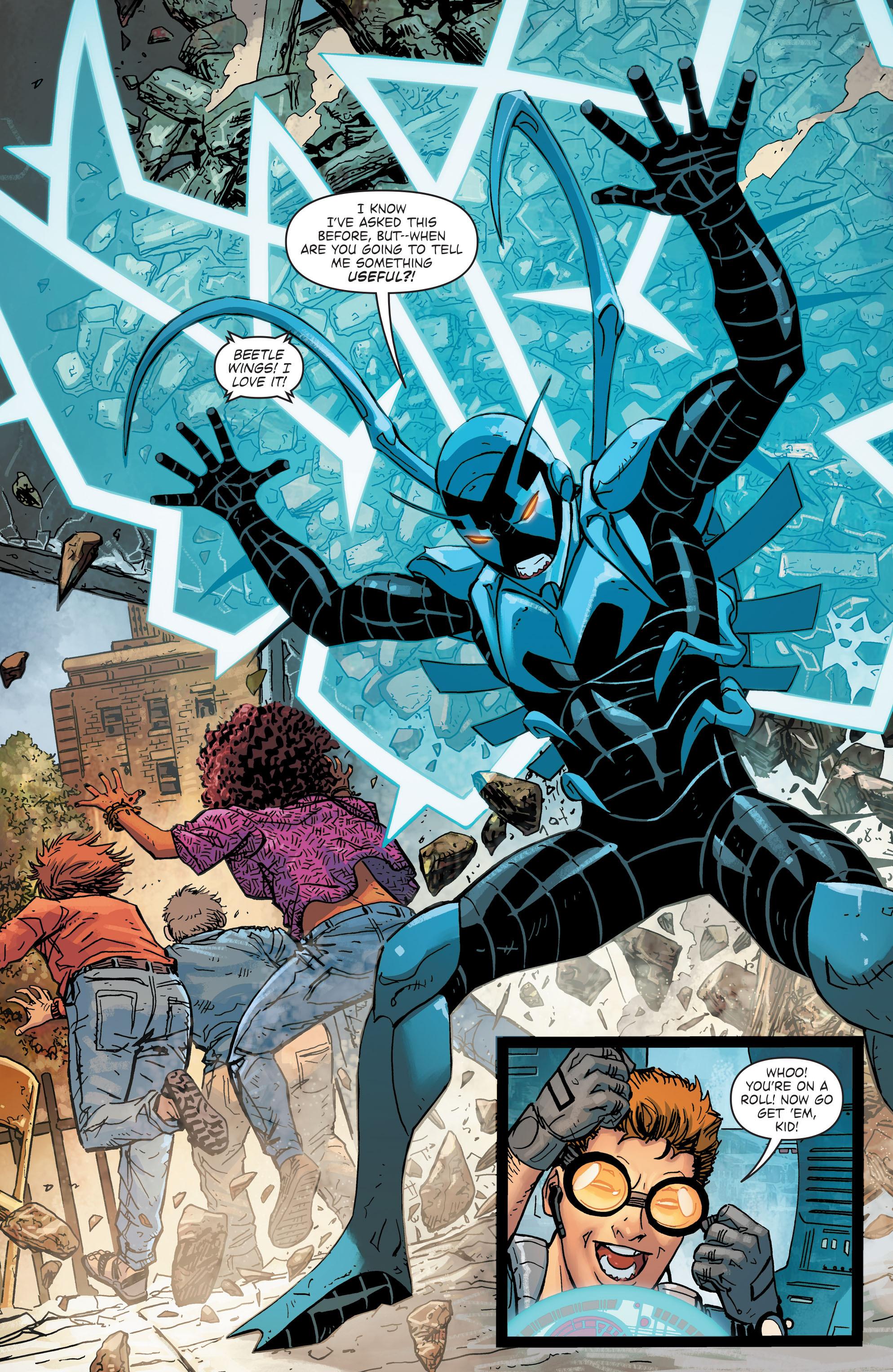 In 2004 DC killed off the Blue Beetle who’d been around since the 1960s for cheap sensationalism, about which a vocal fanbase weren’t pleased. When ‘Rebirth’ rolled around in 2015, DC attempted to rectify that past mistake by restoring jocular inventor Ted Kord and his flying bug. However, Jaime Reyes, the replacement character using the Blue Beetle name, was a moderate success, and one of DC’s few non-white superheroes, so the solution was to have both featured. Kord hovers around a trouble spot in the bug, while the actual on the spot fighting or investigation is down to Reyes, receiving help from the monitoring bug. Beyond that, the idea is that the technical genius Kord somehow works out exactly what’s affixed itself to the high school kid’s back, but that never quite happens.

The More Things Change is an ironic title, but it fits an uninspired graphic novel where almost every aspect feels forced. Keith Giffen has a magnificent record with offbeat superheroes, yet his mojo’s deserted him here. He’s plotting with artist Scott Kolins, but provides the dialogue himself, something he avoided for years feeling it wasn’t his strength. He’s proved himself wrong about that on numerous occasions, but here it’s a case of trying too hard. The banter between Jaime and his school friends is too clever to convince, but that isn’t the main problem. The main problem is that much of the book is plain dull. A fair amount of super powered characters are scattered about the pages, some heroes, some villains, but they’re an uninspired bunch, and considering Kolins is involved in the plotting, some of them at least surely have his input and it might therefore be imagined their designs would impress more.

Kolins is a decent artist whose opening episodes don’t show him at his best. He nails the civilian interludes, but takes a while to work his way into the superhero aspects, which are cramped and fussy for the opening part of the book. This is ironed out, and the pages from around a third of the way through are better laid out.

It doesn’t help much, though, as the plots drag on without much in the way of interest. The scarab powering Jaime has a mystical origin in this reboot, and DC’s resident mystic Doctor Fate involves himself by hovering about dropping portentous hints instead of coming right out and saying what needs to be said. He might have saved himself the problems that kick off in the final episode. That ends on a cliffhanger, and anyone who wants to read any further is directed to Hard Choices.