Blade: Sins of the Father 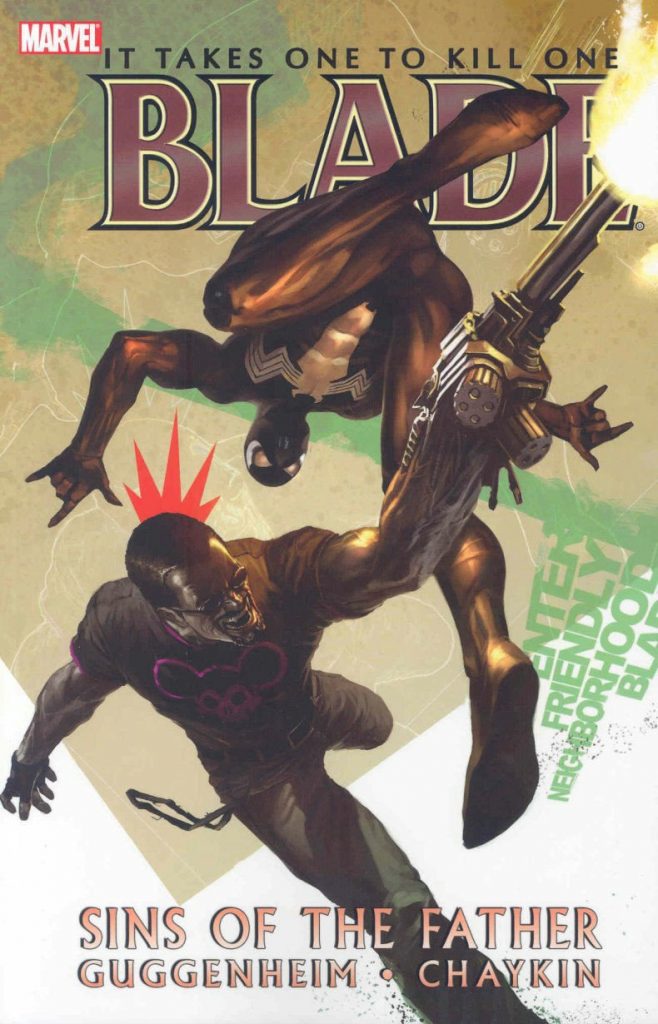 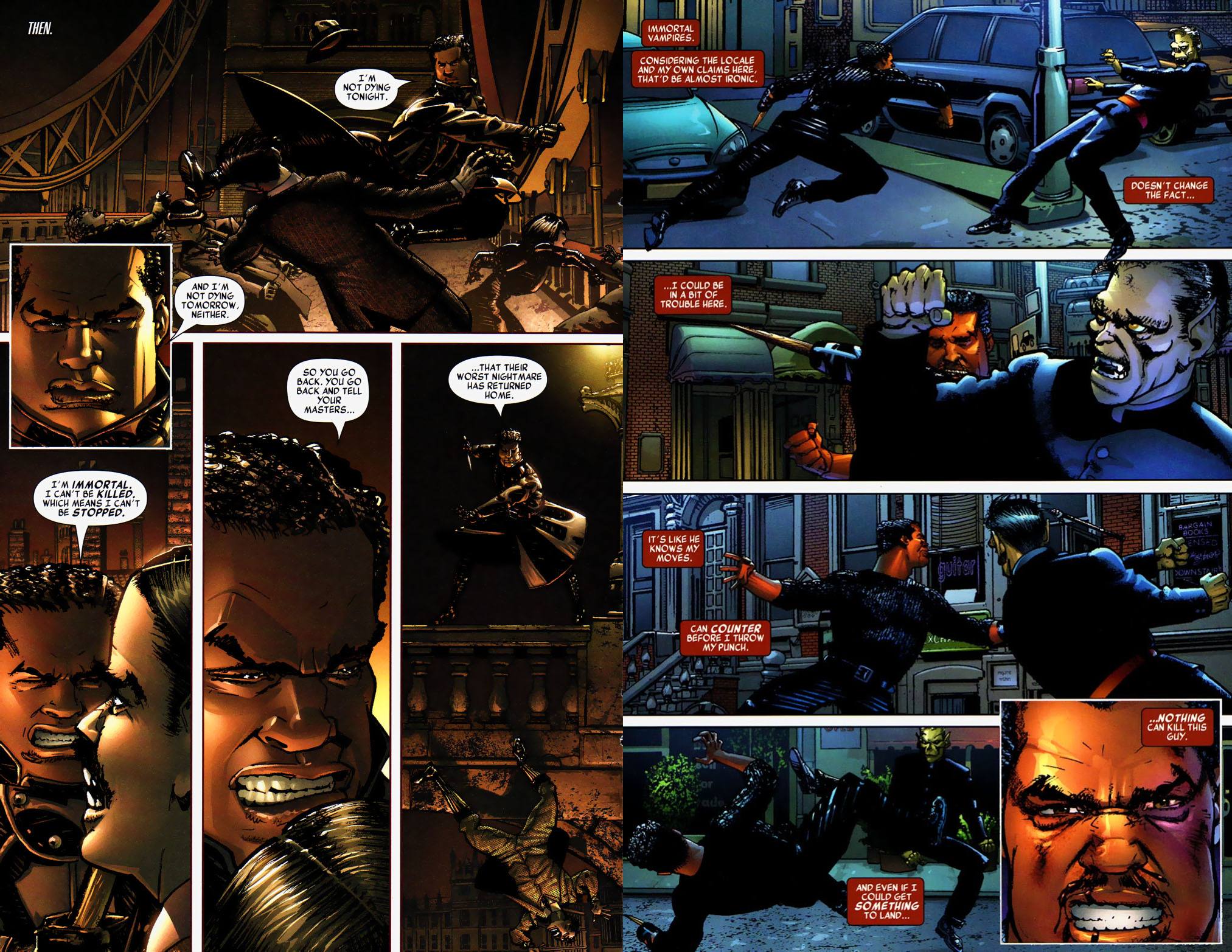 A succession of fast-paced, page-turning, action thrillers set vampire hunter Blade up against threats in the present day while exploring how he developed in the past during Undead Again. What became apparent near the end of that volume was how cleverly Marc Guggenheim’s seemingly separate plots tied together.

It’s long been known how a vampire killed Blade’s mother, but there’s never been hints of who his father was, so the title pretty well underlines how integral Blade’s father is to proceedings. A prophecy was introduced early in Undead Again, and with no knowledge of it, Blade is gradually fulfilling the terms via some smart plotting. Attempting to force him into complying hasn’t worked, but other methods have. Lucas Cross, Blade senior if you will, possible beneficiary of said prophecy, loses some credibility via Howard Chaykin frequently drawing his head as an oblong with rounded edges, as if someone’s stretched an ostrich egg and painted a face on it. As before, Chaykin’s a mixed blessing, offering some neat pages and others looking clumsy in comparison.

Both creators should have carried out more research before adding to a long list of American comics presenting misrepresentations of London. Guggenheim even has Blade comment that British police don’t carry guns before having him pull one from behind the counter of a convenience store. As they did before, the backgrounds impress, but this time fail in places due to making London resemble New York’s Greenwich Village, while labelling the famous war memorial leading to Buckingham Palace as being in Soho. Picture reference has obviously been used, so why are these mistakes made? Would Marvel creators place the Empire State Building in Washington Square?

Most of the puzzle is revealed well before the end, at which point Guggenheim has little left to entice readers until we arrive at the final chapter, which again raises the ante. To reach it there are some predictable moments, much pompous boasting, and some tough guy dialogue that’s not as tough as intended. There’s also the matter of a contrived fatality that fails to convince. That does lead to a neat payoff in that final chapter, to which Guggenheim adds another, Gene Colan drawing Blade’s transformation in the character he introduced in the Tomb of Dracula series in the 1970s.

Sins of the Father added to Undead Again forms one complete and largely satisfying story, notwithstanding the stumbling toward the end. It’s better sampled combined as The Complete Blade by Marc Guggenheim.