Blade of the Immortal Omnibus IX 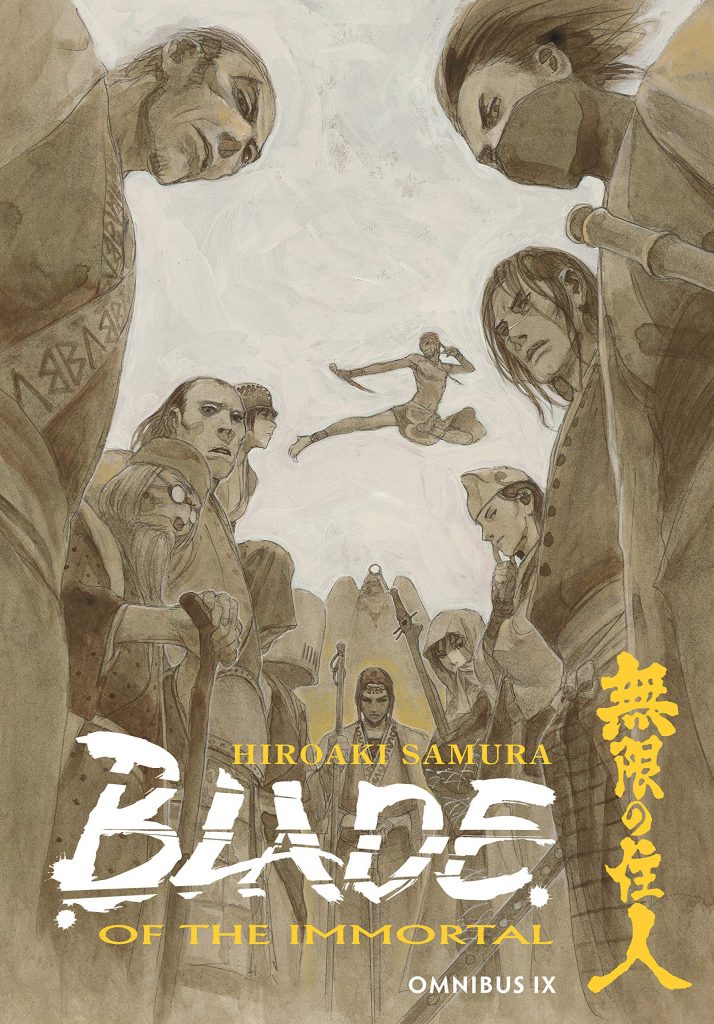 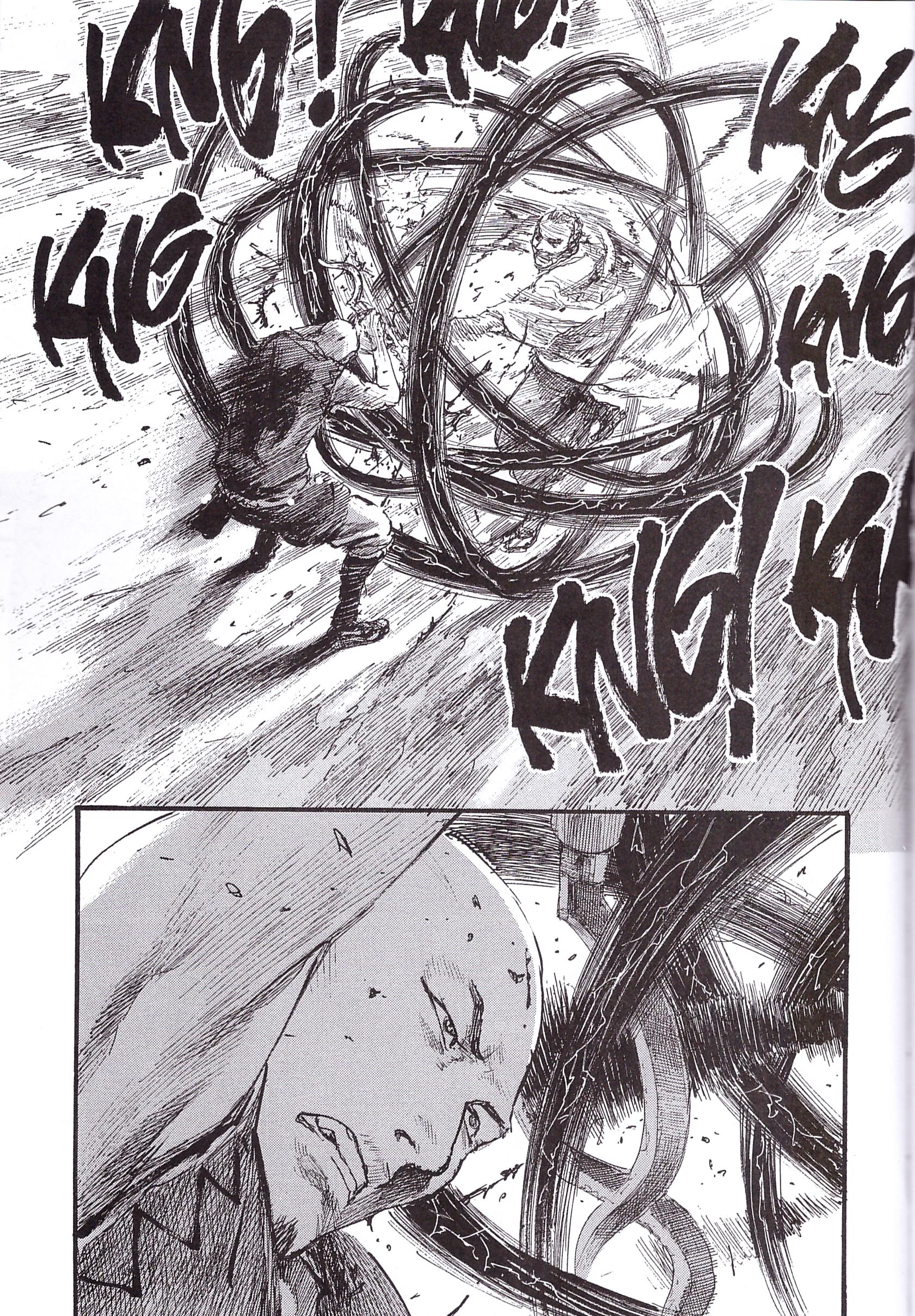 Given the urgency to drop in on other matters, Hiroaki Samura didn’t complete his massive throwdown between Manji and Shira in Omnibus VIII. The intensity of that was so great, that surely there won’t be anyone who read it not wanting to follow Blade of the Immortal here. The action doesn’t disappoint.

Originally published in English as Blizzard, Shira’s final accounting occupies over 150 gruelling pages. It’s brutal and consequential, with the damage swords can inflict graphically displayed, but never in a way that glorifies the violence. However, while Manji and Shira seem to be hacking each other to bits, Samura feels the need to be inclusive and explain why neither is suffering the damage ordinary people would. These explanations are clumsy and intrusive, and frequent enough to distract the majority of readers who are aware of what’s going on. It’s a puzzling lapse from the usually so assured Samura. His clever storytelling is better displayed when Samura eventually drops why the battle has been so long, and there is an indulgence when it comes to Shira’s demise. It’s sheer retribution stretched out, a fitting fate for someone without conscience about the harm and heartbreak they inflicted on others.

Samura’s peerless art and the elegant simplicity of his storytelling disguises incredible complexity. Shira apart, Samura has ensured the perception of almost every character has changed since their introduction, most for the better, and even those who began on the side of the angels have room for growth. Yet Samura’s still introducing interesting new characters, even if it’s obvious they’re not intended for the long term. Some are for a sequence in the final third which is just headlong mayhem, almost an illustrated version of Mortal Kombat as Samura pits his cast against each other, many with a specialist weapon. That’s counterpointed by less frenetic sequences, such as the clever plan of a wily survivor. At his age he knows he’s no longer capable of matching the best younger swordsmen, but he’s experienced enough to know how to even the odds, and the result is four great dramatic chapters.

At times Samura’s art almost descends into frenetic abstracts, as seen by long-running character Giichi possibly meeting his match on the sample page, yet he’s always emotionally strong. For story purposes Samura may prefer to draw a character with an enigmatic expression, but when he wants us to know how they feel, it’s there on their face without dropping into obvious exaggeration to make the point. However, action is the priority for much of this book, and the balletic grace with which Samura delivers it is phenomenal.

The remaining content was previously available as Mist on the Spider’s Web and Raining Chaos, with the latter’s title more apt for this selection. There’s a change of pace as Omnibus X, the closing volume in this format, opens with a pause for breath.