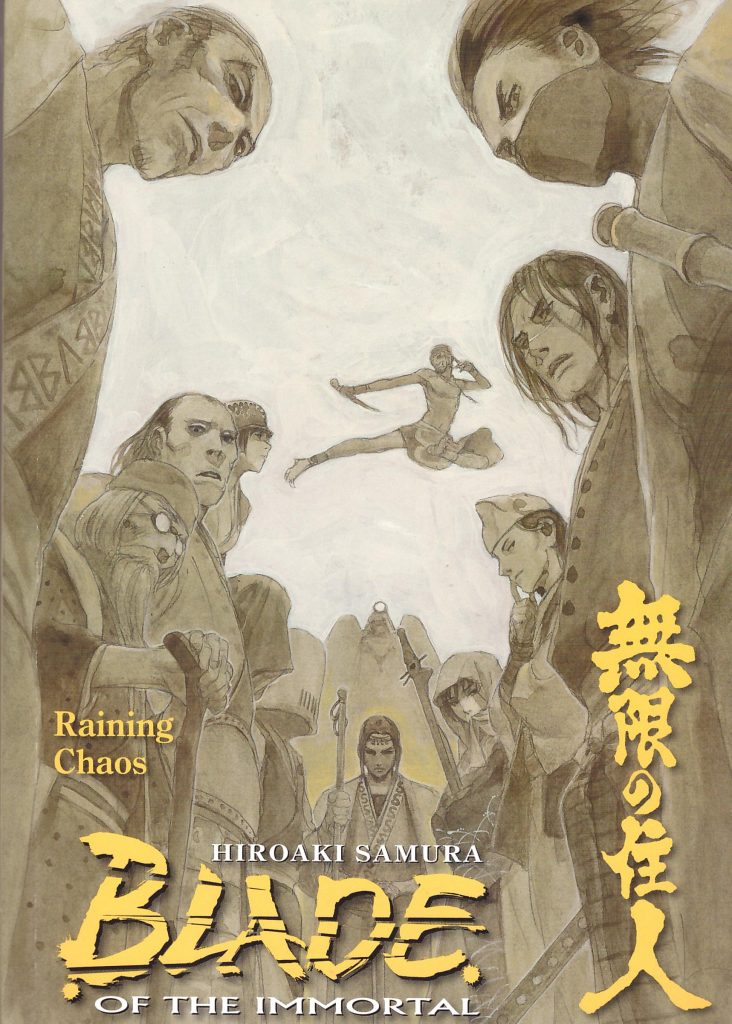 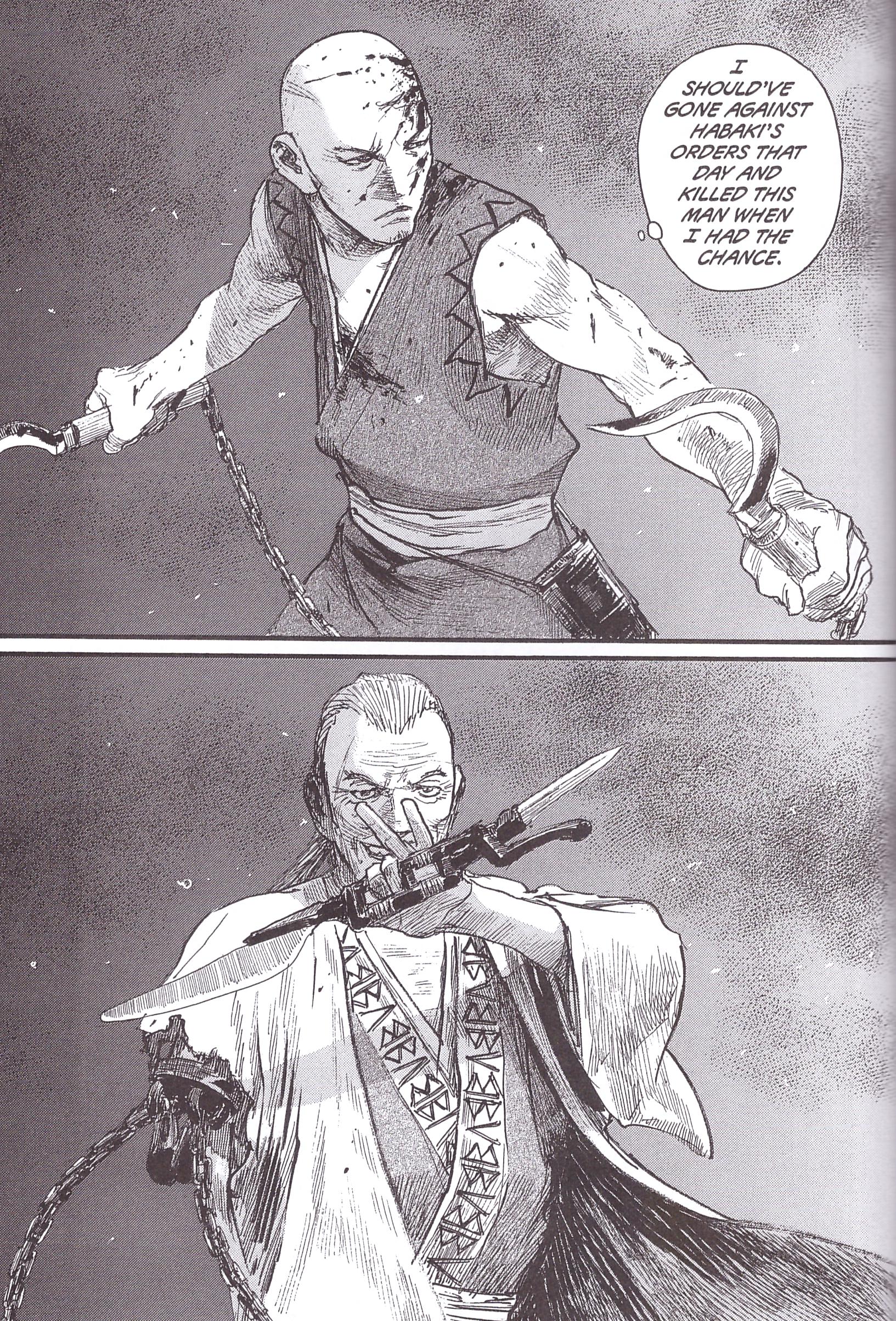 One of many impressive aspects of Blade of the Immortal is that it began as the story of Rin hiring the immortal Manji to protect her, after her family were wiped out by Anotsu Kagehisa and his Ittō-ryū sword school, but it’s grown to encompass a broad cast with differing aims. The Ittō-ryū is now outlawed, but the surviving members have caused chaos and are being hunted down by the authorities. These were initially represented by Habaki, and a team of talented criminals promised their freedom if they succeeded in their task, and known as the Mugai-ryū, but when Habaki was disgraced he recruited the similar Rokki-dan, who are operating with execution hanging over them should they fail. Anotsu, however, is no easy victim, and Rin and Manji are caught in the middle of consistently shifting allegiances, each group featuring compellingly fantastic characters. Raining Chaos is aptly named, and not the book with which to begin reading this masterful series.

Hiroaki Samura has the end of his epic in sight, and Raining Chaos continues his process of wrapping up the stories of the people he’s introduced along the way. This is no old home week, however, as there’s little sentimentality about Samura’s treatment of his cast in a book with neither Manji nor Rin to be seen. This is a succession of desperate battles against implacable foes, some begun in Mist on the Spider’s Web, Samura’s illustrative version of Mortal Kombat featuring his own cast. Even at this late stage he introduces new characters with amazing devices, creative, yet consistent with the technological capacity of the feudal period, and fleshes out people we’ve seen in passing before.

As ever, the battle sequences, and this is little but, are beautifully choreographed, with whirling limbs, swords and other devices creating an almost hypnotic effect on some pages. Graphic violence has a greater place than before, this is in a series that’s hardly been short of brutal moments, and plenty of heads and limbs fly as Samura conceives ever more creative methods of dispatching his victims. The concentration on whittling down the cast results in a very rapid read, and comparatively little plot, with the following Beyond Good and Evil opening with a pause for breath. It leaves Raining Chaos fully living up to its title and present page after page of beautifully composed carnage.

This is also combined with the previous two volumes in the bulkier paperback Blade of the Immortal Omnibus IX.