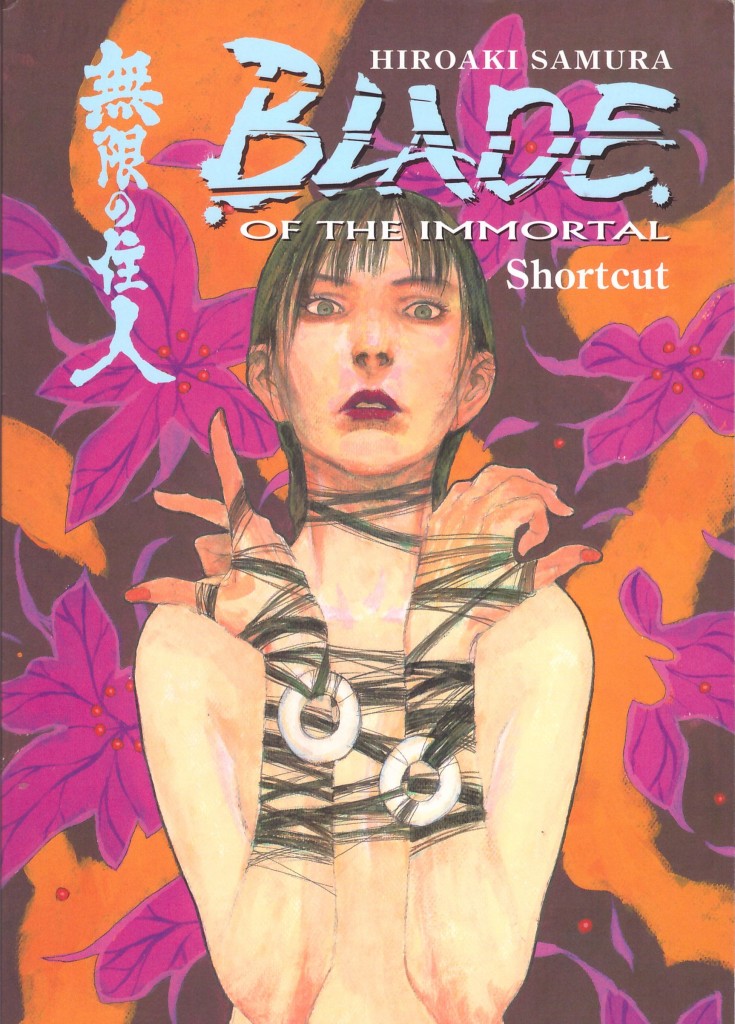 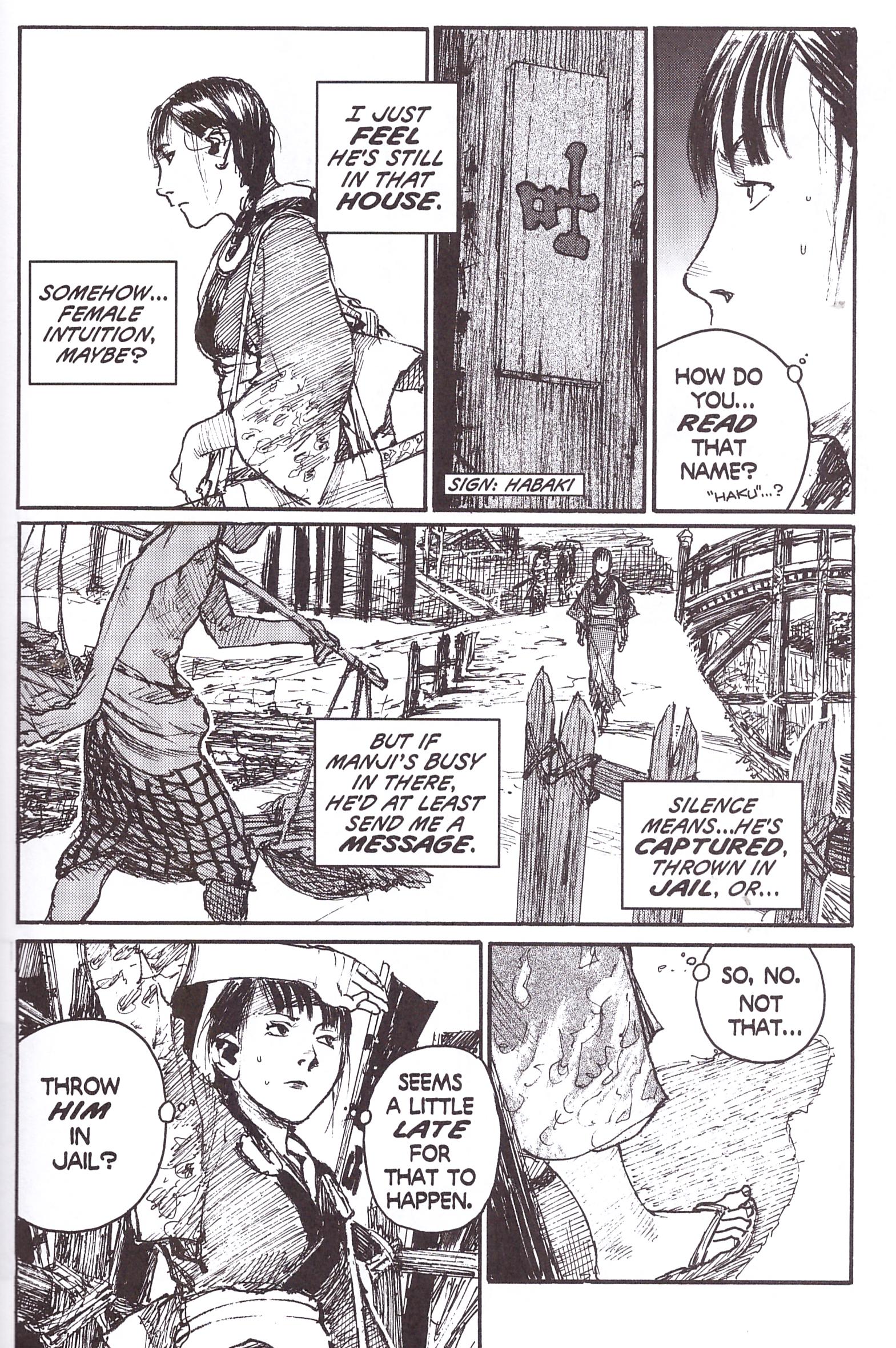 It may be Blade of the Immortal’s halfway point, but any thought of Hiroaki Samura running out of ideas is immediately dispelled by our first real look at one of the series’ most fascinating characters. Dōa Yoshino was first seen two volumes back, and had her first speaking part in Trickster, but it’s here we really learn what she is. Savage, skilled and deadly about sums it up, and that’s not the combination you really want in a girl that even the sixteen year old Rin refers to as young. Dōa is one of the Ittō-ryū’s newer recruits, accompanied at all times by the massive Isaku, who serves as both her protector and her partner. We puzzle at their relationship along with Rin.

Manji has his own problems. Since introducing the concept of his rapid healing in the opening volume, Samura has used it as a plot device, and even explored the origins slightly, but has never really established the parameters. That starts here, and continuesover the next few volumes, but Manji remains out of action as doctors start to explore how he can be immortal. Because their master has only allowed eight days for results, their methods are inventive, cruel and sadistic.

The longer Shortcut continues, the more gruesome the story becomes. Local lord Habaki Kagimura has a castle full of secrets and a dungeon full of criminals. He’s prepared to use these in experiments as a means to an end, and his surgeon in chief is a man bereft of ethical qualms. Blade of the Immortal has always been an extremely violent series, but the details of vivisection deployed here are among the most horrific of the entire run. Just when you think Samura’s run through the gamut of Manji’s torture he has one final punch to the gut. It’s chilling, and it’s twisted and it’s excellent.

Shortcut restores a considerable level of uncertainty to Blade of the Immortal. Until now it’s always been the case that Manji will survive all combat, but chained to the wall of a dungeon his healing power is a method of perpetuating agony rather than a blessing. Furthermore the introduction of the insane and unpredictable Dōa to Rin’s life endangers her without her being aware of it. Shortcut is a seat-squirming experience, and matters don’t improve for Manji and Rin in On the Perfection of Anatomy. The content of both won Blade of the Immortal the 2006 Eagle Award as Favourite Manga Comic.