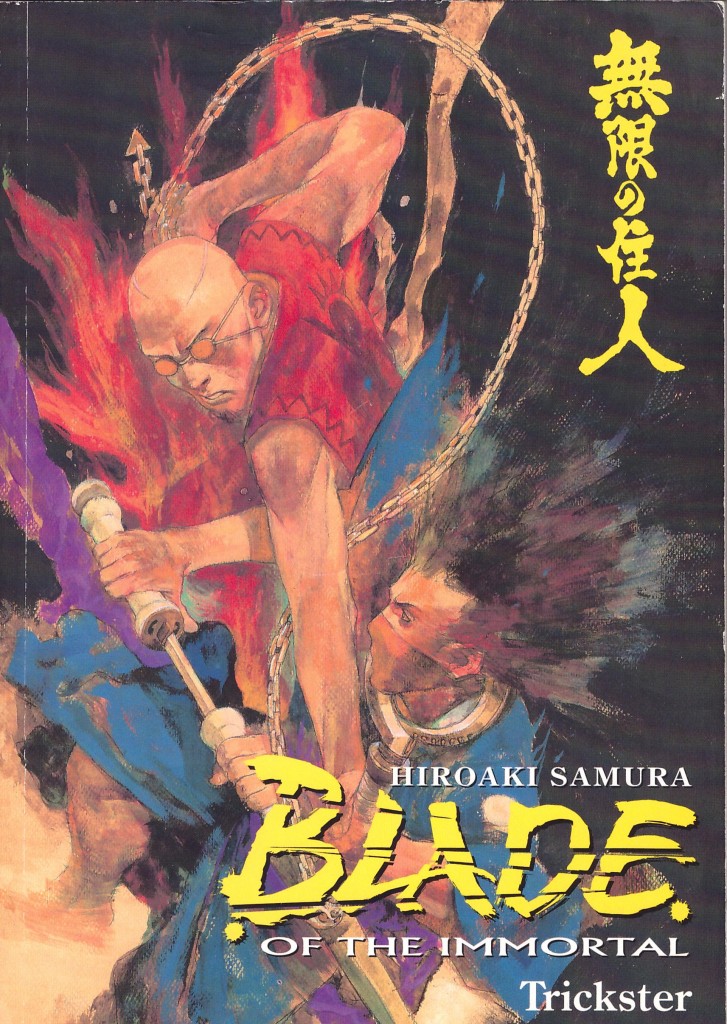 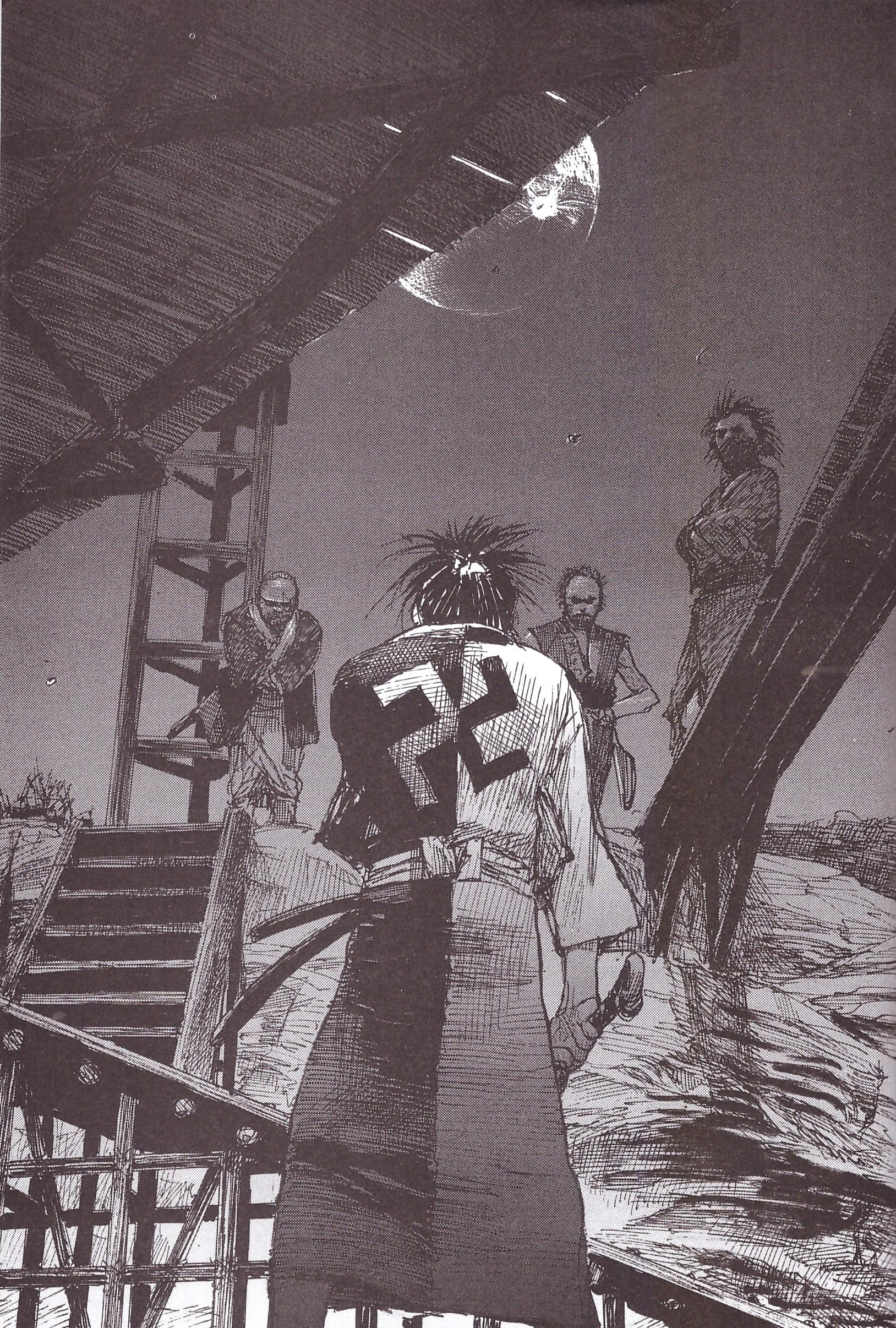 The reason for Manji’s immortality is that since the events of the opening volume he has a supernatural capacity to recover from any wound. He’s a superb natural swordsman and an instinctive fighter, so in practice the recovery means he can take greater risks if need be. There is, however, a poison able to restrict his healing potential, and the opening story concerns its use.

By this point Hiroaki Samura has introduced so many deadly fighters with distinctive designs, techniques, tools and allegiances that any given Blade of the Immortal volume has the capacity to be a great session of Mortal Kombat. That’s how Trickster plays out. There’s one battle between two incredibly well matched and dangerous opponents, and another between a severely incapacitated Manji and someone he’d see off too easily under normal circumstances. Even the settings resemble specially designed battlegrounds, offering concealment and surprise. Despite the second fight featuring the series star, it’s the first that’s compelling, as both characters involved have played significant roles in the series. We know the choices they’ve been forced to make, and if not exactly pals of his, both have earned Manji’s respect. Samura finishes matters off neatly, and moves on.

The final third of Trickster consists of a number of chapters switching between personnel and locations and setting up quite a bit of the following volumes, which begin with Shortcut. The now depleted Ittō-ryū come to a decision and begin to act on it, with two intriguing new members stepping into the spotlight, someone we might have presumed dead actually isn’t, and Rin again discards Manji’s advice. As for Manji himself, he meets the man determined to bring the Ittō-ryū down, a man who’s also fascinated with Manji’s immortality. It’s a prelude to a long and harrowing sequence occupying several volumes.

Read any volume of Blade of the Immortal independently and you’ll be struck by the great art, and in this case some truly spectacular fight scenes, but this isn’t a series to dip in and out of. Sakura’s foreshadowing is exceptional and a scene may seem random in one book, yet the chances are high that it’ll be contextualised later. So it is with much of the final third of Trickster. After the opening action there may a “meh!” quality, but have the faith.