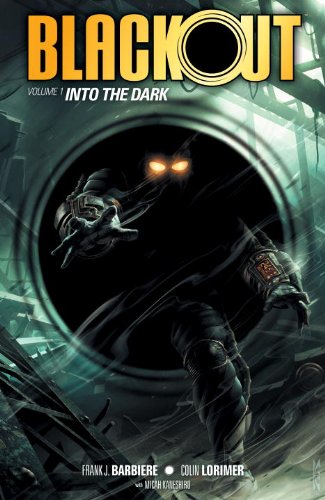 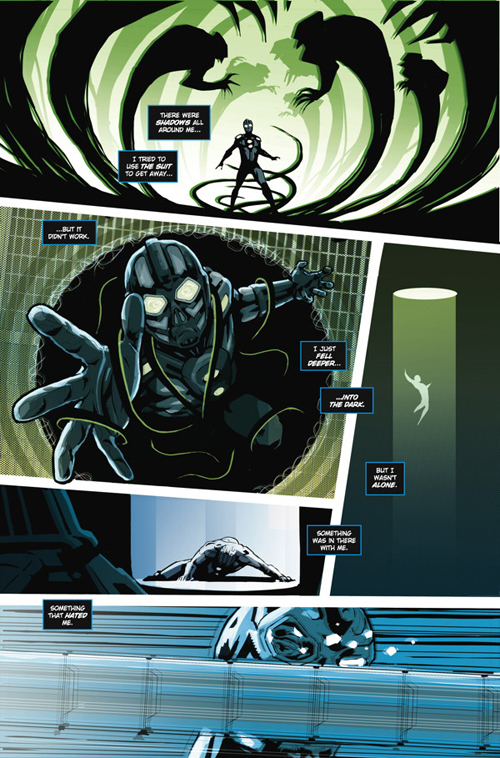 The day after his Uncle Bob disappears from the lab they both work in, Scott Travers finds a form of experimental suit packaged in his apartment. It enables him to travel through warps he creates in reality, in effect a form of teleportation, the warp area being intense black and cold, through which the normal world can be seen. The first place Scott tries searching for his uncle is the heavily guarded premises of Mechatronics, a company whose representatives had been arguing with his uncle shortly before his disappearance. It doesn’t go to plan.

Frank K. Barbiere’s plot is a readable twist on the premise of the novice superhero engulfed by events beyond his control and attempting to muddle through on a wing and a prayer. The suit isn’t the answer to all problems, and comes with its limitations, while what’s going on at Mechatronics is suitably nefarious. As far as superpowers go, Barbiere’s creation is relatively original, and there’s much to explore beyond this opening foray, but Blackout went no further, which is a shame.

Doubly so because the art is good. Micah Kaneshiro on the opening chapter has been studying the work of Daniel Acuña closely and manages a passable stylistic homage, while the layouts are good and all his. Colin Lorimer takes the content on from that point, and he’s also very good, with Alan Davis more of an influence. Both artists ensure the action flows from panel to panel, and that the overall page has a visual appeal as well.

Not everything is resolved in Into the Dark, and as there is no follow-up is the book worth picking up? Yes. There’s enough enjoyment to be had from the superhero dynamics and what there is stands up well enough alone.