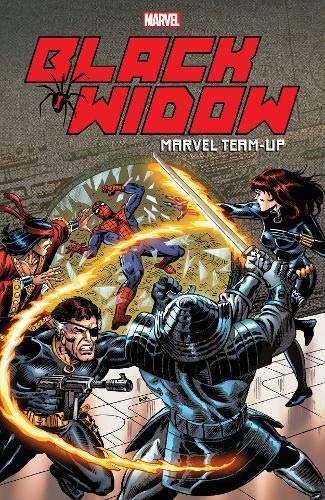 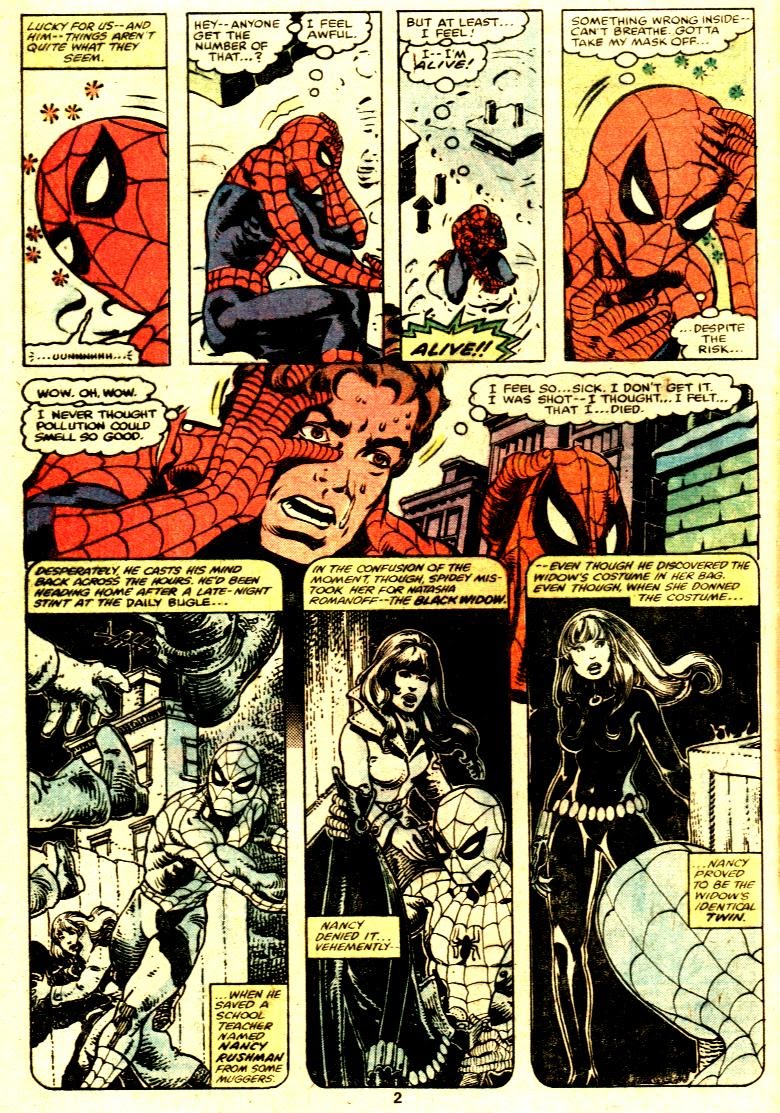 As Marvel attempted to reissue Black Widow’s entire back catalogue to cash in on the Scarlett Johansen movie, the desired result wasn’t to reveal how poorly the character was generally treated from her 1964 introduction to the dawn of the 21st century. However, thank god for Marvel dredging up everything as there are a few diamonds in the rough. It certainly doesn’t apply to the entire content, but there is enough joy still to be found in these 1970s and 1980s teamings of Black Widow with other Marvel characters, around half written by Chris Claremont.

She’s primarily the means by which first the Thing, then Spider-Man is led into plots involving spy organisations with big ambitions. Claremont’s feeling his way with the Thing, an average piece drawn by Bob Brown, but is an improved writer a few years later when Black Widow saves Spider-Man from the Silver Samurai, this drawn by Sal Buscema. Both Claremont and Buscema are on better form still for the four chapters at the heart of this collection, which still stand up as a viable thriller.

Claremont begins with Natasha Romanova recognised by Spider-Man, but believing herself to be Nancy Rushman, New York school teacher. Claremont adds S.H.I.E.L.D. with Nick Fury, Shang-Chi, Master of Kung-Fu and several villains for what’s an escalating mystery where it’s not only Black Widow behaving out of character. Steve Leialoha’s inking adds a delicacy to Buscema’s already dynamic layouts and as seen by the sample art, the story dips into black and while for flashback elements, which was very unusual for early 1980s Marvel. Credit also to Claremont for keeping some mysteries until almost the end, and for a tight plot making perfect sense when unravelled and viewed from all perspectives.

Some interesting ideas arise in another teaming with Spider-Man which begins with a blackout in New York, then moves to the consequences, with an innocent dragged through a busy court system. It’s a gritty piece, also involving Daredevil, but has the feeling of being rushed, involving three writers and three artists. Mike Esposito provides the finished art working from breakdowns supplied by Ron Frenz and Greg LaRocque respectively over two chapters.

For anyone only used to the excesses of Rob Liefeld’s art, Black Widow meeting Silver Sable provides a nice surprise, with interesting layouts, while Fabian Nicieza has a neat trick in-story. It’s way better than Robert Campanella and Larry Alexander’s meeting of three Russian superheroes, and a story from Dan Slott early in his career teaming Black Widow with Daredevil. Dwayne Turner lays out a nice page, but his anatomical distortions will have you wincing.

If you can pick this up for less than cover price, the Claremont/Buscema/Leiloha story makes for good reading, but too much else is ordinary.