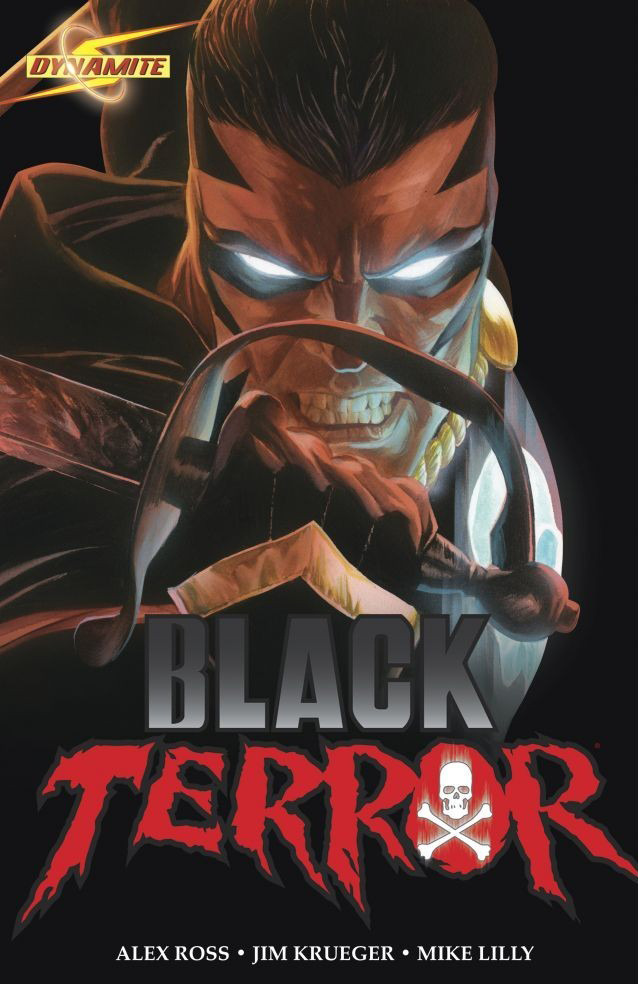 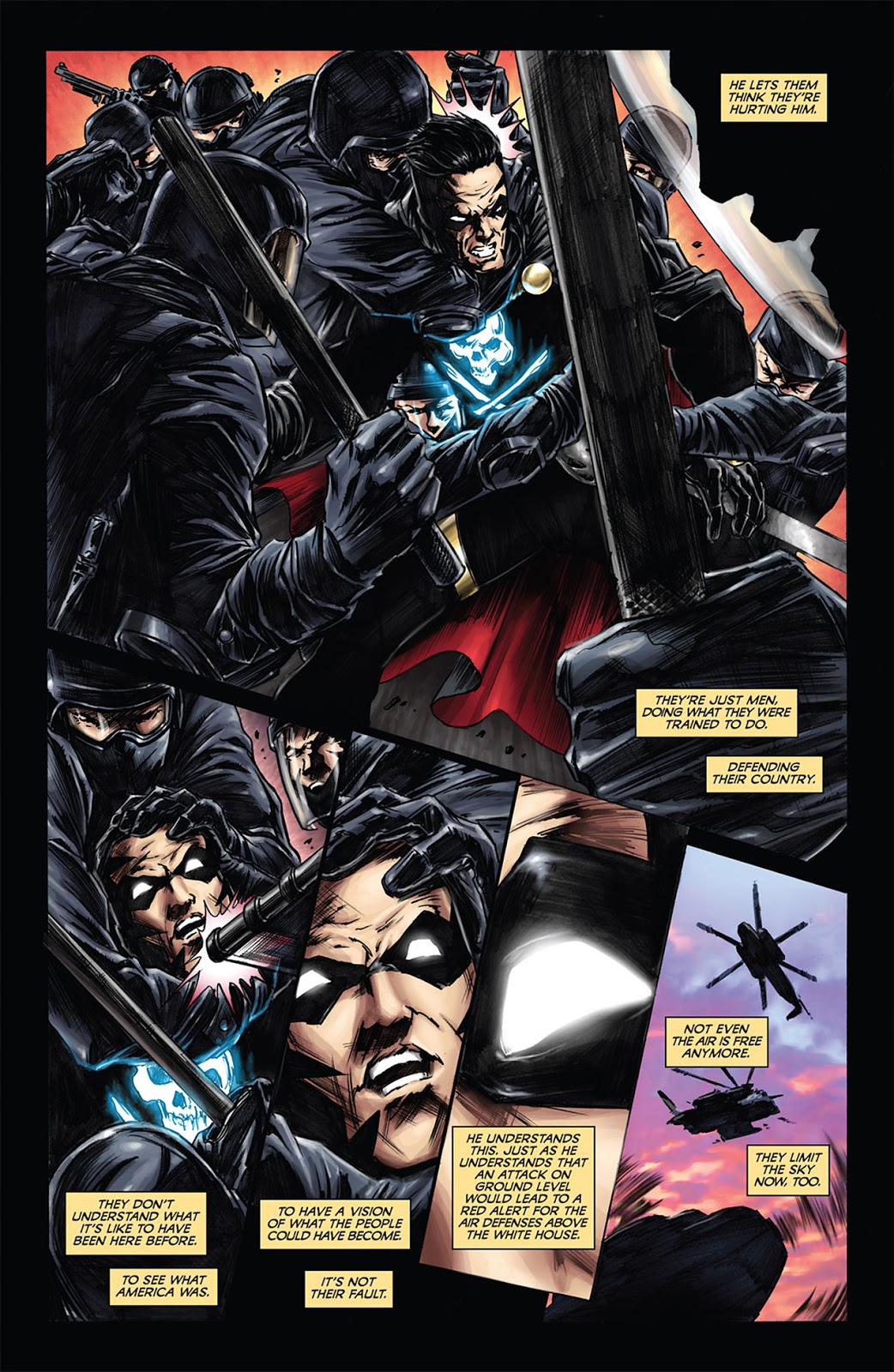 Of all the obscure out of copyright heroes revived for Project Superpowers, Black Terror struck the most immediate chord. His original costume was given a nice modern twist by Alex Ross’ simple design touch of rendering its distinctive skull and crossbones motif luminous, and he was given a personality to match his name, aggressive even in the new world of the 21st century, added to formidable strength.

This opening Black Terror solo ties in closely with the main Project Superpowers continuity, and is written by the same team, of Ross and Jim Krueger plotting, with Krueger providing the dialogue. Black Terror’s motivation at this point is to locate his former sidekick, missing since other heroes were returned to the real world. He comes to believe the US president is holding him, and with Terror’s mindset that entirely justifies a visit to the White House with both fists swinging.

Ross is also credited for art direction, and some of the layouts certainly have his viewpoints to them, but Mike Lilly can’t convey the grandeur, and all too many pages are just crowded. If you enjoy superheroes there is a thrill in seeing groups of them go up against each other, but it’s a trick repeated too many times over four chapters, and the thrill disappears when the majority of them are just illustrations with names appended.

Krueger’s narrative captions and the discussions Black Terror has with Green Lama are intended as insight into a torn personality, wistfully nostalgic for the simpler areas of black and white that existed when he disappeared in 1950. The effect, though, is leaden, slowing down moments of crisis rather than providing insights. Better is the idea that there are plenty of superheroes to spare, so Black Terror facing a whole group of the red and white blue imitators that arrived in the wake of Captain America is neat, as is how one of them is used for an escape, but these are rare bright moments. Truth be told, the most interesting sections are those in which Black Terror doesn’t appear, when others are relating their stories to him, and that’s a major mis-step. Adding to that is Terror needing to be rescued in the finale of his own title.

Ross and Krueger are laying groundwork for events of Project Superpowers Chapter Two, and on balance better here than slowing down the main series even further, but what’s essential can be picked up there. It leaves this volume one unnecessary, and suprisingly poor, although volume two is better. They’re also combined as the second Project Superpowers Omnibus. 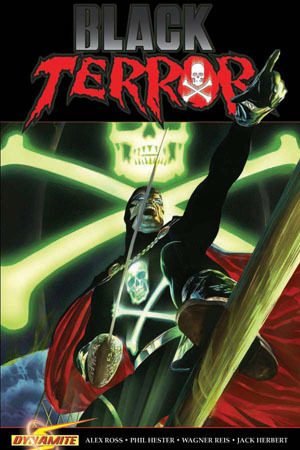