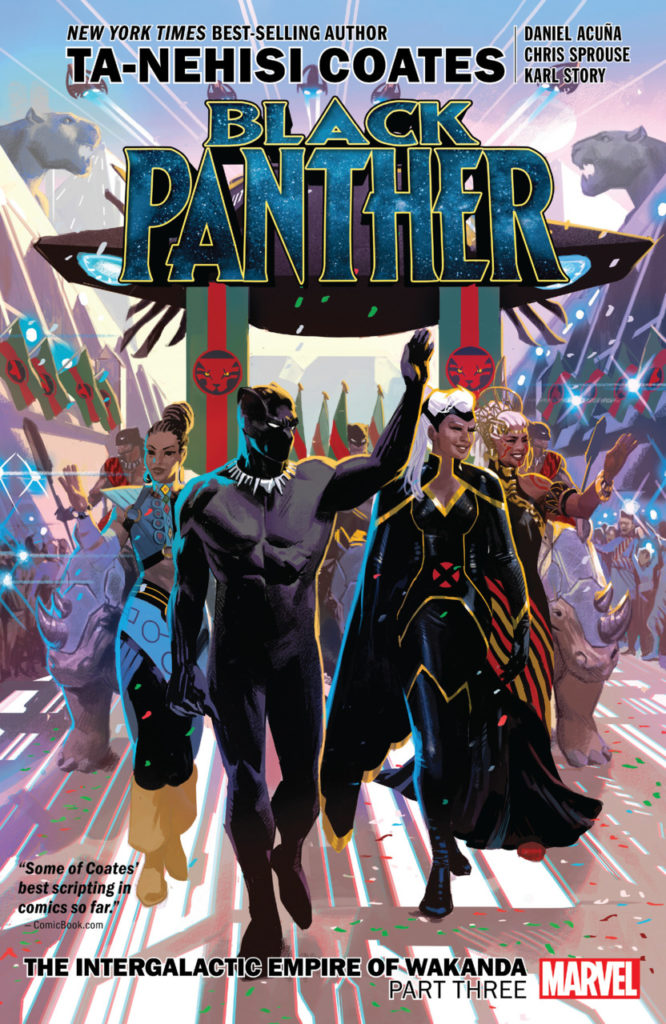 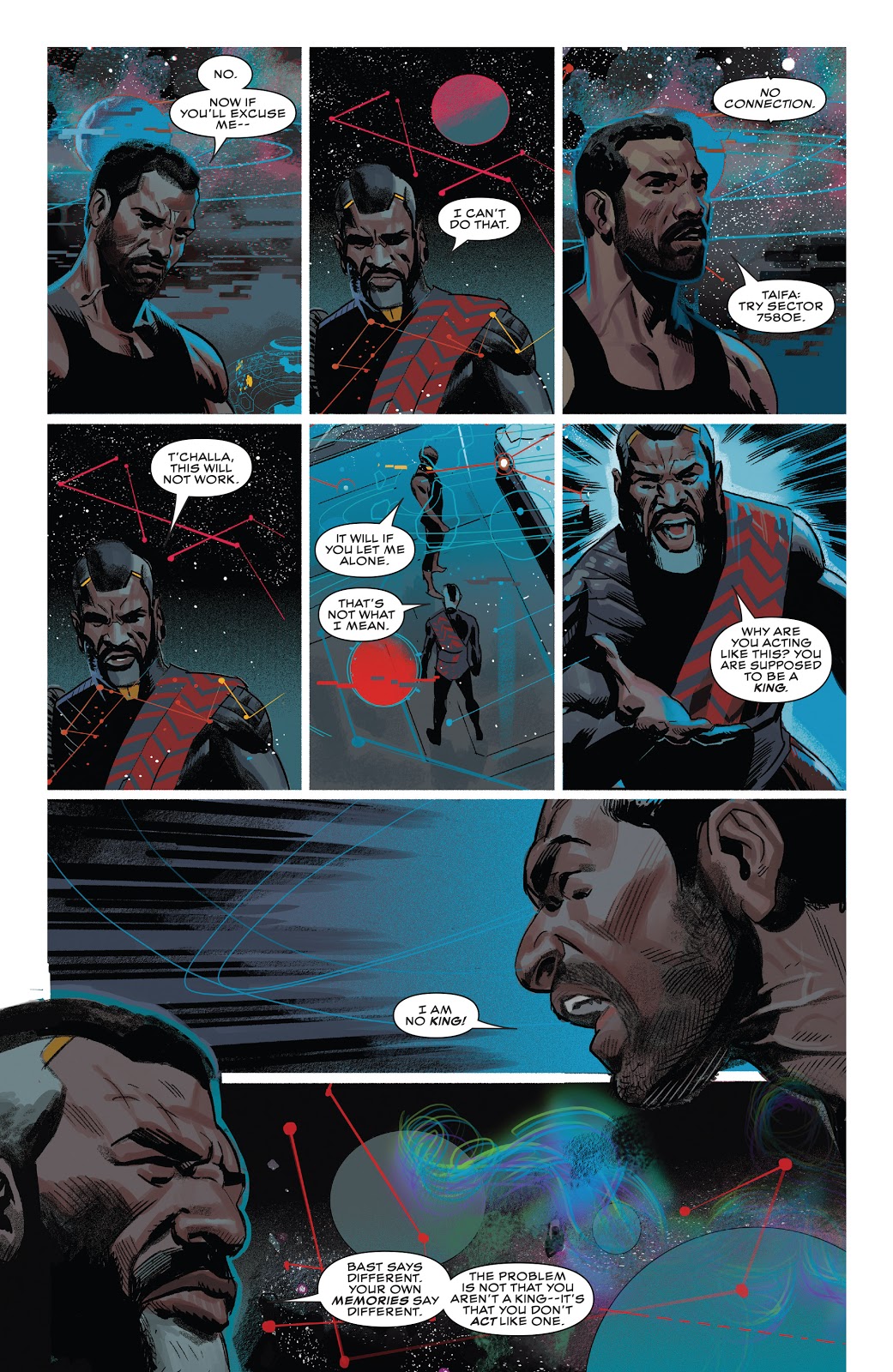 There’s been a presumption over the previous two Intergalactic Empire of Wakanda graphic novels that T’Challa has been catapulted two thousand years into the future, arriving from a place a long time ago into a galaxy far, far away. Ta-Nehisi Coates has done nothing to dissuade that assumption, but drops a big surprise concerning it. It’s one of several in a thoroughly entertaining graphic novel.

The Intergalactic Empire of Wakanda Part Two saw the Black Panther’s memory restored and the cultivation of an extraordinary plan to end the tyranny of N’Jadaka once and for all. In what’s a book of two distinctly different moods, that’s dealt with in the early chapters, beautifully drawn by Daniel Acuña. He’s already given us thrilling space battles in Part One, and has to repeat that, but incorporating the additional layer of T’Challa scouring the universe via holographic projections. They’re partly on show during a fraught moment between the Panther and M’Baku in the sample art, but at their fullest are an astounding array of geometric shapes sweeping across the page, eventually developing into fractured visual communications. It’s seamlessly woven into the story, but stop to consider and it’s an amazing visual achievement, and one probably not possible, at least not in the same stunning manner, were Acuña not creating the art in colour himself.

Achievement is also on the menu for Coates. It’s been apparent from the start of his run that his plots are ambitious, but what’s brought home to roost here is just how much connection there is between what seemed to be three separate and distinct story arcs. He revisits Storm as a god, completes the process of restoring a slave to a king, tackles the idea of an empire founded on slavery and that of an empire that’s outgrown its original principles. It’s thought-provoking and largely compelling, although there is some backsliding into unnecessary explanations. Coates is being complete with a final chapter conversation between T’Challa and Storm, nicely drawn by Chris Sprouse, but so little of it actually needed to be said. It’s an amplifying of the guilt that will prompt Part Four, and a minor trip back into the past for some breast-beating. Everything else is spot on, and the Panther we want to see.