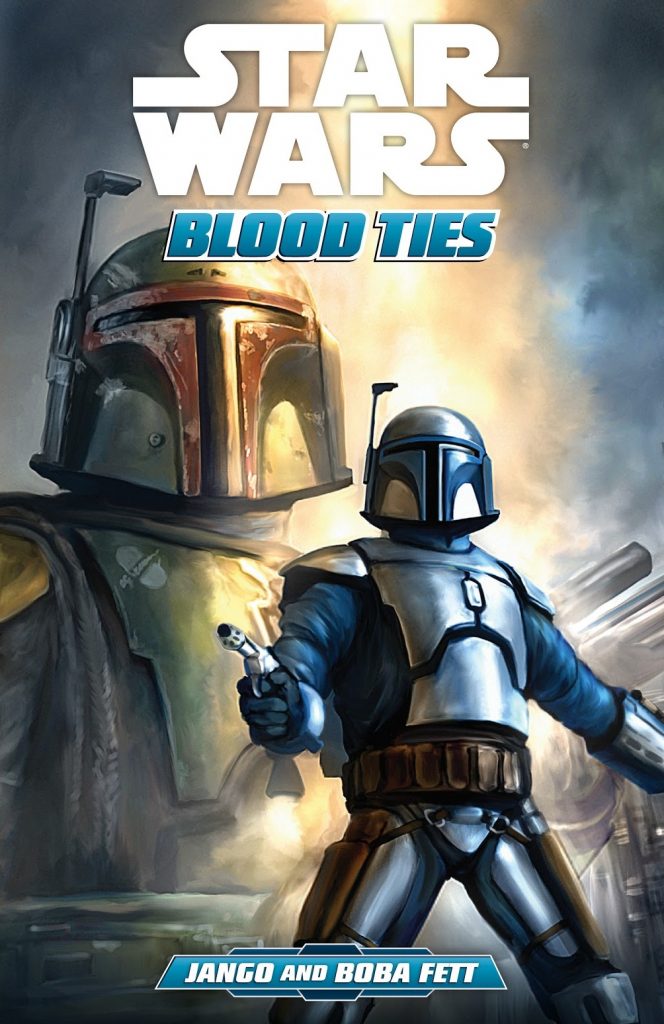 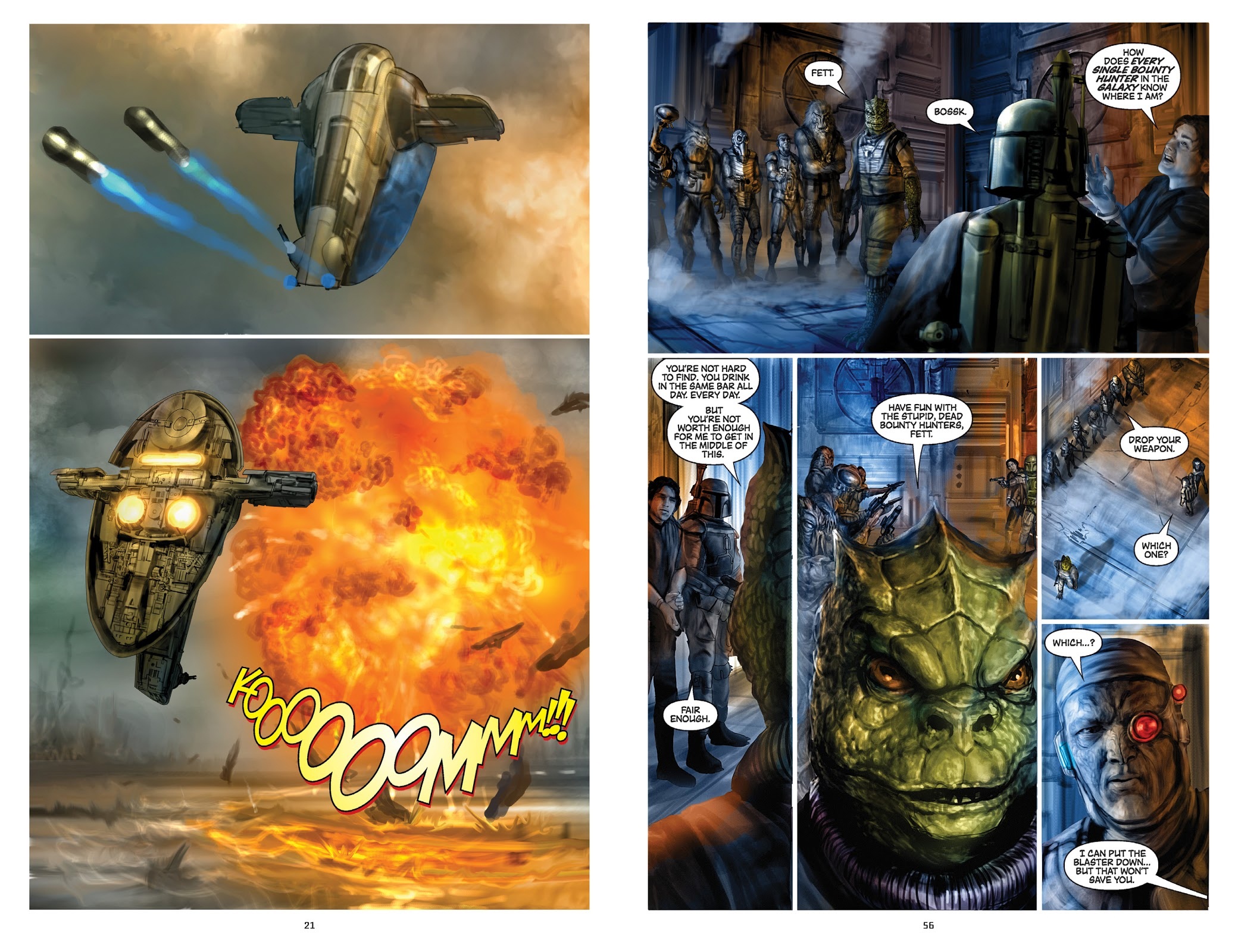 In his time Jango Fett was a highly regarded bounty hunter who raised his clone, Boba, as his own son, teaching him the tricks of the trade as he grew. Tom Taylor and Chris Scalf show us exactly what horror that entails as their opening scene.

From there Jango is tasked by Count Dooku with assassinating someone extremely resourceful who always wears a helmet. Jango’s instincts tell him it’s not as simple as that, and he’s right. However, this isn’t a story entirely about Jango, and a third of the way through we jump to the present day with Jango dead and Boba long since having taken his place as the galaxy’s most feared bounty hunter. This is when one of his father’s secrets comes to light.

Scalf’s painted art is inconsistent. Some panels are spectacular, the type of expansive art you want to see on Star Wars. His craft are detailed and skim through space, and some of his photo referenced art on the cast really works well. He’s certainly captured actor Temuera Morrison, who played Jango Fett, and whose features are therefore also Boba’s, and he’s good with aliens, but that can be at the cost of fuzzy background detail and a depth problem. There’s sometimes a sense that characters are floating rather than standing. To his credit, though, he largely avoids having stiffly posed people, the curse of painted art.

Taylor running through the resources Boba has at his command is efficient, and the usually inscrutable Boba Fett is nicely explained. The heart of the story, however, is the relationship between father and son, which Taylor expands well, and lessons learned prove to have great value. Humour played a large part in earlier Boba Fett graphic novels, and Taylor’s also true to that mood, except shifting the emphasis to focus more on the drama than the comedy, but when Taylor throws in the laughs they’re first rate. The incompetent League of Bounty Hunters provide a lot of fun, as does their resourceful target, and if the ending seems rather abrupt, it doesn’t destroy the fun had. 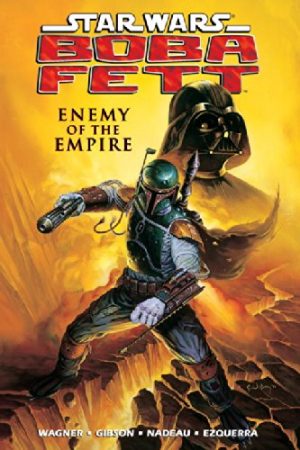