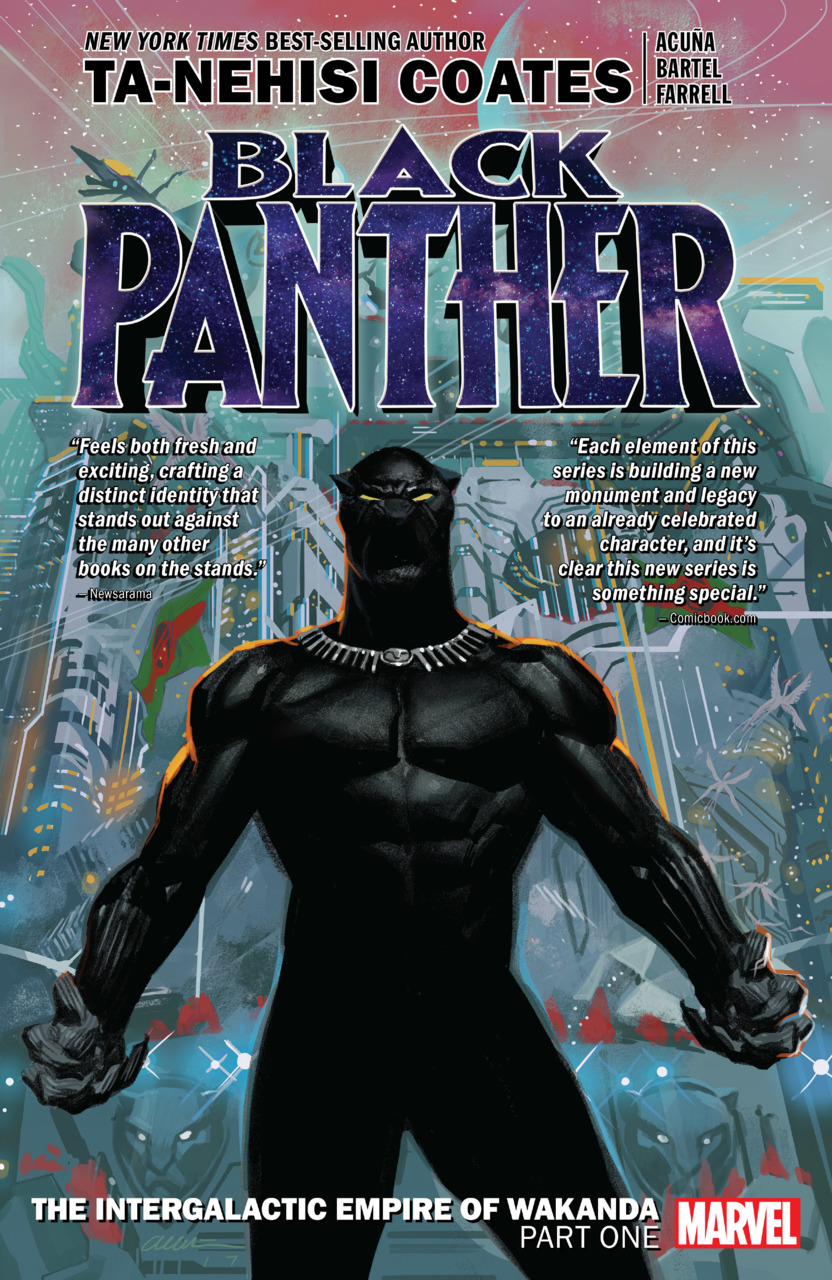 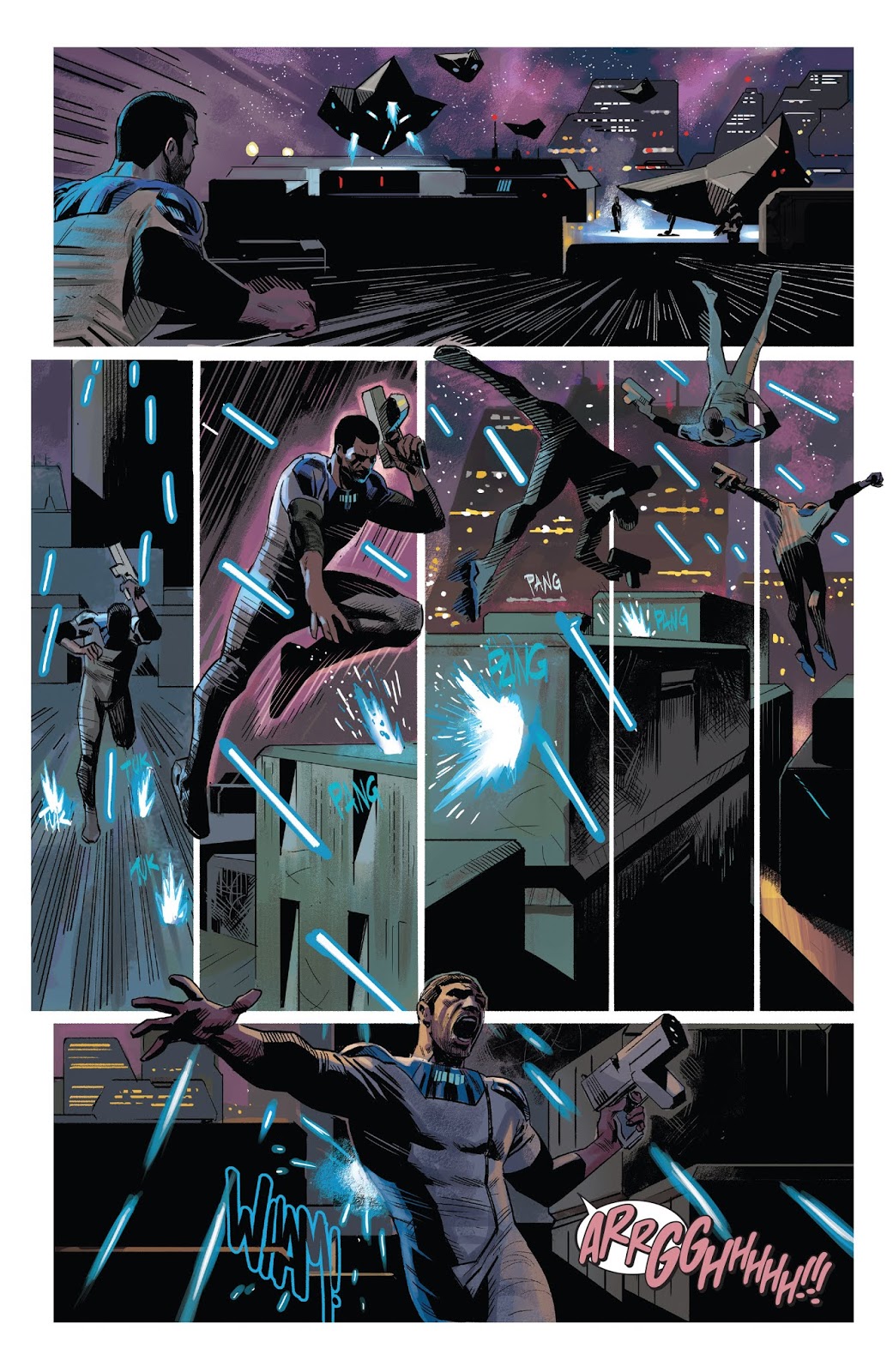 There’s a great start to this first volume of Ta-Nehisi Coates’ third Black Panther epic, which runs to four trades overall. It’s long been part of Marvel’s continuity that Wakanda was a fabulously advanced society, technologically decades ahead of contemporary nations while keeping this concealed. A neat addition Coates suggests in a brilliantly matter of fact manner is that Wakanda was so advanced that two thousand years ago they established a colony on another world. We eventually discover there’s more to it, but that’s one hell of a hook.

Many things might have been expected from Coates after his inspections of politics and divinity, and even with the conclusion to Avengers of the New World being a superhero story, it can’t really be the case that anyone figured he’d follow up with a version of Star Wars. Coates begins with some classic jailhouse scenes before presenting T’Challa as Luke Skywalker. It’s one hell of a novelty, that’s for sure.

A period of confusion occurs as familiar names are applied to unfamiliar faces, and it’s eventually clarified that via some mysterious circumstances the Black Panther is apparently two thousand years in the future. Despite the inexplicable absence of a cover credit, that’s brilliantly realised by Daniel Acuña, whose equivalent of painted art has an amazingly fluid sense of movement, be that of athletic people or personal spacecraft. That he also provides the colour is important because it’s unique. As a list, blue, grey, orange, purple and turquoise might suggest a confusing miasma, yet those are the tools of his trade and they’re remarkably effective for being consistent. His faces are slightly rougher than the sculpted look of earlier years, but equally he’s drawing people whose lives are hard and constantly under threat. A final chapter is slower paced, with Jen Bartel working from Paul Reinwand’s layouts to provide some gorgeously ornate costumes and structures.

At this stage only Coates knew how he intended to end things, but these six chapters cover a seven year period of a revolution. T’Challa knows his memories have been stolen, and although the possibility is dangled of these being restored it adds an element of personal tragedy to his fate, as do his momentary hazy recollections of Storm. To add to the Star Wars comparisons, he and his rebellious allies end the volume on a frozen planet gradually gathering forces. It’s not all space opera, though, as underpinning everything is shock that the peace and tolerance that Wakanda believes it stands for is perverted into a grasping empire where the minds of slaves are routinely wiped.

The final chapter is an indication of how much Coates has learned about writing comics. It’s about power, deception, destiny and transcendence, as the ruler of five galaxies confronts his source, and the Coates of two years previously would have plastered irrelevant captions all over the panels. Here he’s concise and trusts the art will show what’s needed. A section at the midway point features even fewer words and proves just as thrilling. Ta-Nehishi Coates, master of space opera. Who’d have thought? Bring on Part Two. 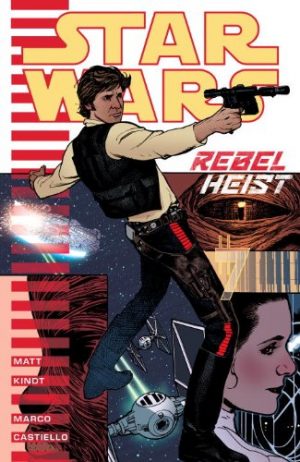 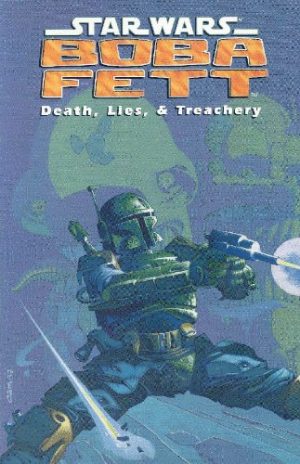 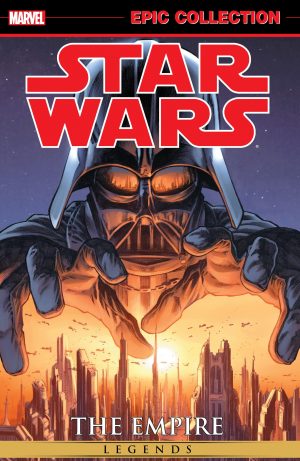