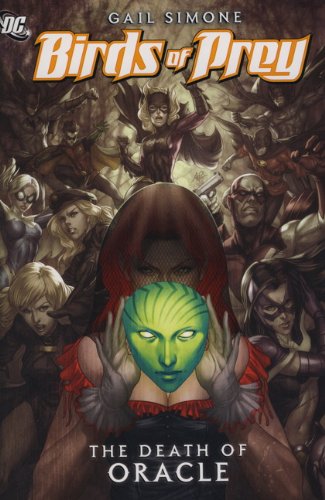 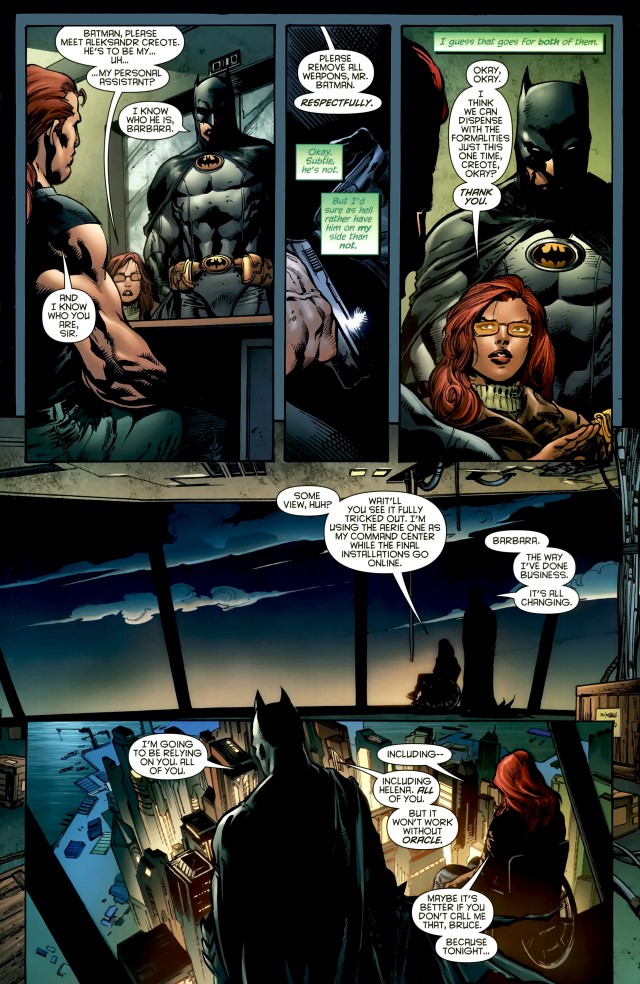 Savant is a character Gail Simone has used since her earliest outings on Birds of Prey, so knowledgeable in some respects, yet without a capacity to process the passing of time. Memories impregnated years previously resonate as if yesterday, which has provided some interesting plot directions, and another occurs here. It was believed in End Run that certain matters had been forgiven, but the opening pages of this collection reveal that’s not the case. Furthermore, Savant is apparently on the verge of selling out Oracle to the Calculator, who has his own vengeful reasons for tracking her down.

The title story is Oracle’s attempt to deal with the Calculator once and for all, although she may have underestimated the help he can call on. Barbara Gordon has devised a nifty solution to her problem, but can she return the genie to the bottle? It’s a puzzling piece. Simone’s characterisation has been consistently convincing. You believe the primary constituents of Birds of Prey are fast friends, and their narrative and dialogue is sparkles. Where ‘The Death of Oracle’ falls far behind that original work is in terms of story. It’s pretty much A to B. The surprises that featured in Simone’s first Birds of Prey material are largely absent. It might be thought Simone choosing to return to one of the misjudgements of her previous run, the inexplicable attraction of Huntress to Catman, would compound matters. This reprise, however, is treated in far less capricious fashion. Illustrated by Pere Perez, and compact and unpredictable, it betters the title story.

However good the writing might be, it can’t survive eight artists over a single book. Only Inaki Miranda illustrates two complete chapters, welcome after the figure distortions and grimacing faces of Guillem March, but hardly the most dynamic and very rushed toward the end of his stint. Jesus Saiz, Ardian Syaf and Diego Olmos are all good, but with different styles.

Simone’s two-part finale, ‘Hostile Takeover’, is her best material here, an action-thriller returning some tension and unpredictability. A deranged and implacable foe and a guest stint from the Question are both good, although Simone struggles to explain how that foe’s savage fighting style is a match for the trained techniques of Black Canary.

Marc Andreyko concludes the book with a two part tale reintroducing the original 1940s Phantom Lady. Adriana Melo illustrates the present day sequence with a now old Sandra Knight visiting soldiers from the wartime generation in the company of Black Canary and Lady Blackhawk. Billy Tucci delivers the sequences with the same superheroes during the 1950s, the difference being this is Black Canary’s mother in action. The two strands are connected, and start well enough, but deteriorate very rapidly down to a feeble final joke. Tucci’s art is nice, though.

Sadly, there’s not a lot to recommend about The Death of Oracle, which is in essence a protracted death for Birds of Prey. It was revived under different creators as part of DC’s ‘New 52’ reboot in 2011. 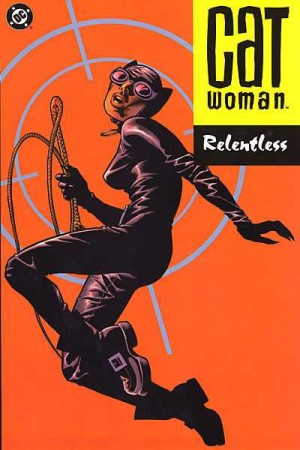