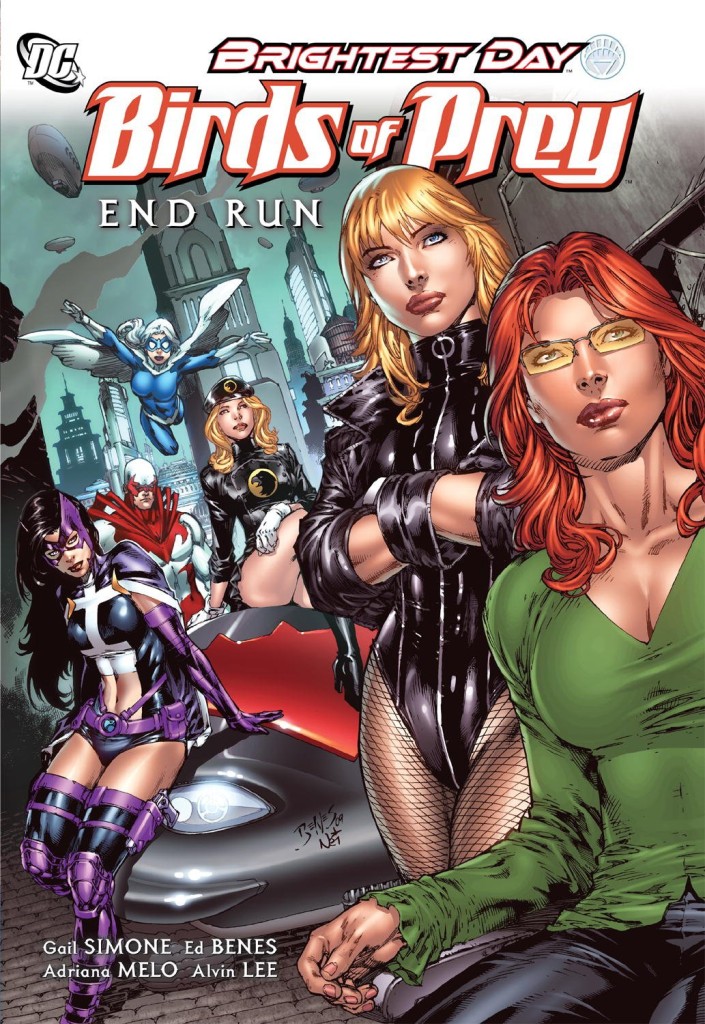 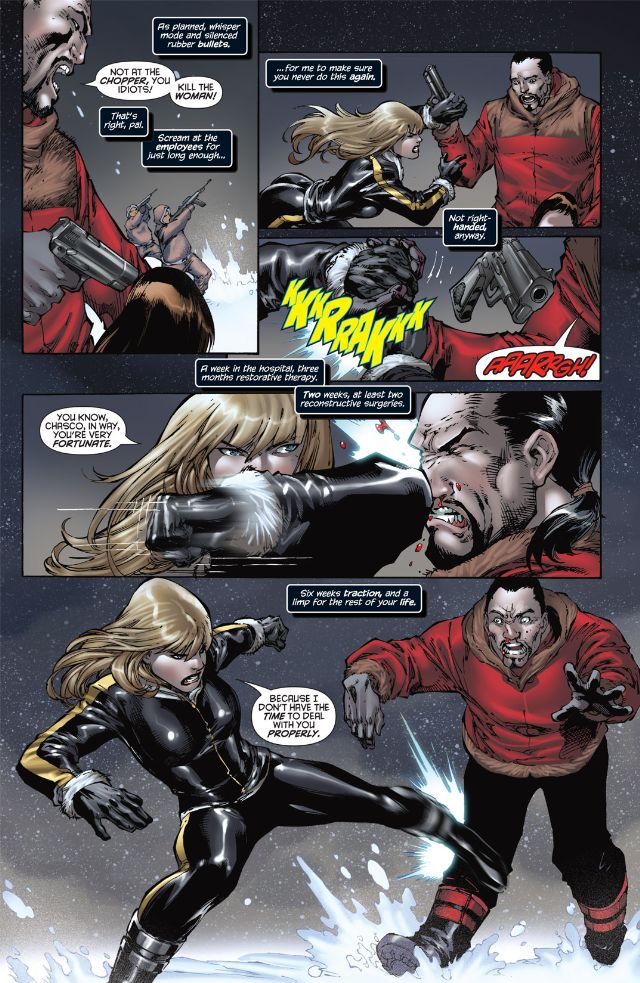 End Run provides a welcome return following the less than sparkling volumes picking up Birds of Prey after Gail Simone’s departure. They culminated with a whimper in Oracle: The Cure, and now the old team is back again. That’s not just the core members of Birds of Prey, but the core creative team of Simone and artists Ed Benes.

The opening sequence shows exactly what was missing. Black Canary negotiates for the release of a kidnapped child from some very dangerous individuals. This takes place on an Icelandic glacier with visibility for miles in every direction, and at a point where stray gunshots could set off an avalanche, which simultaneously negates Black Canary’s sonic scream. It’s taut, suspenseful and dramatic, yet only the opener to the bulk of the book.

That concerns Barbara Gordon pulling together the former Birds of Prey operatives because she’s been delivered a set of files containing intimate information about people they know. Unless they co-operate with instructions to follow, one of those people will be murdered each successive hour. It’s a masterful set-up from Simone, instantly compelling and terrifying, moods largely absent from Birds of Prey after her departure.

Benes revives all the strengths and faults of his original artistic stint. He’s a dynamic storyteller who keeps the pages turning, but Huntress is back in her preposterous stomach and thighs on display costume, and Benes loves his crotch and arse poses. This objectification spreads to Alvin Lee who’s nowhere near as good as Benes on the final two chapters, concentrating entirely on figures with the barest of backgrounds. Also contributing is Adriana Melo, another Brazilian artist who’s a sort of midway point between Benes and Lee, acceptable enough, but lacking excitement in her layouts.

Lesser art badly affects those concluding chapters, in which Simone has constructed a clever trap for Black Canary that seemingly lacks an escape valve. Elsewhere she has an admirably unsentimental attitude to former cast members, and several good uses of powers. Simone adds Hawk and Dove to the team, although neither has a significant role to play beyond making up numbers. They have greater purpose in the following book, The Death of Oracle.