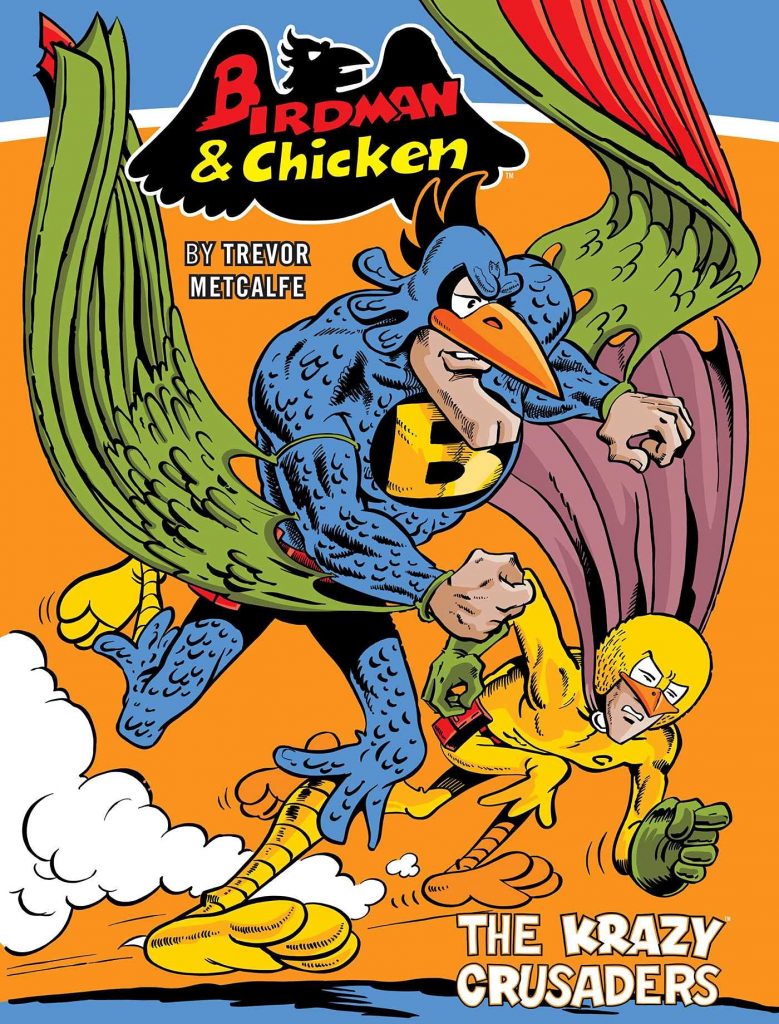 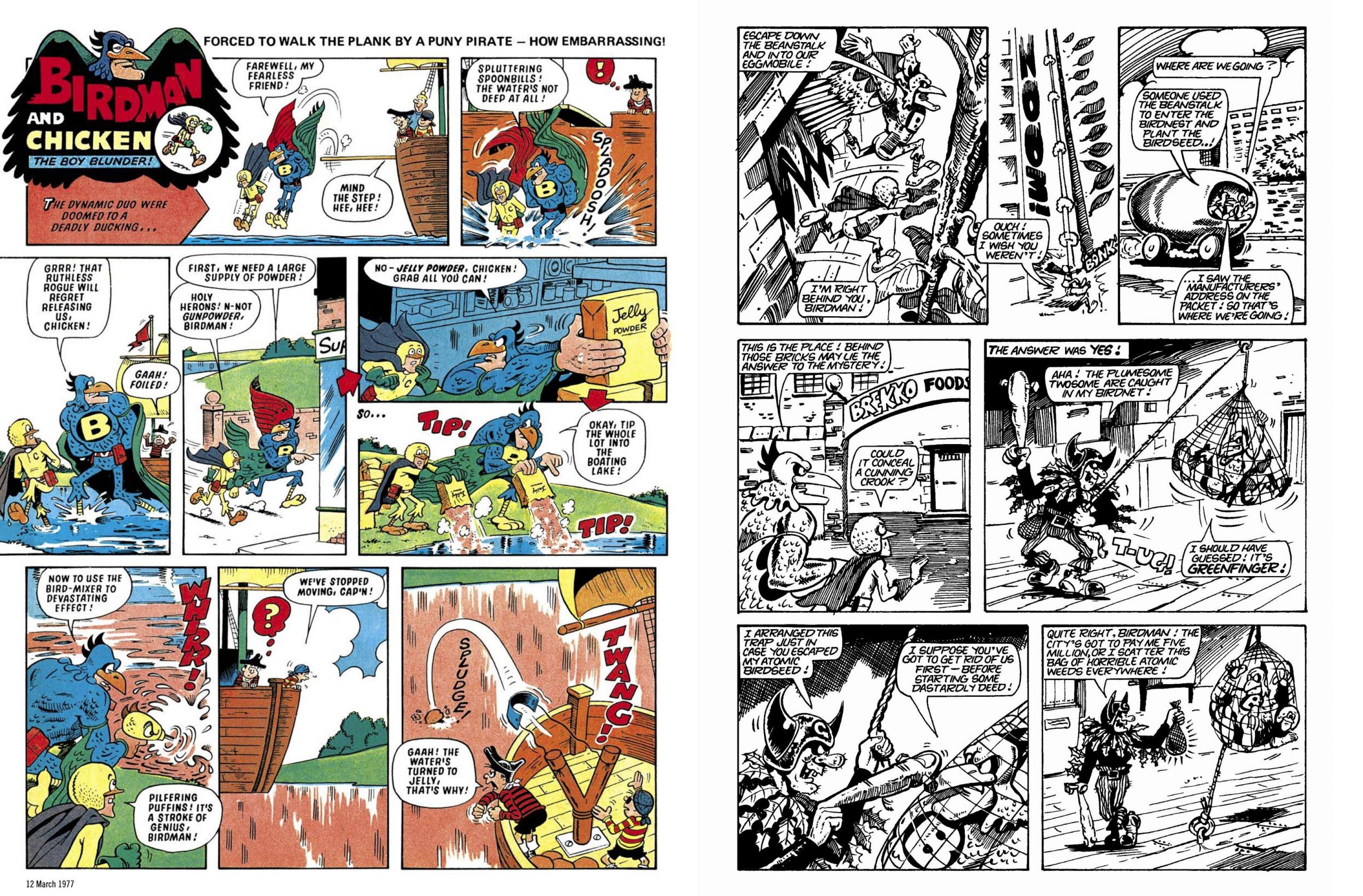 Trevor Metcalfe was already a veteran artist when asked to deliver concept illustrations for a potential new series for a new comic, Krazy. As his introduction notes, the Batman TV show was screening when he took the phone call, and so that became his inspiration for Birdman and Chicken. Krazy lasted just under eighteen months over 1977 to 1978, but Christmas annuals were issued until 1985, and this collection encompasses all Metcalfe’s strips.

While beginning as a Batman pastiche, what differentiates Dick Lane and Mick Mason from Bruce Wayne and Dick Grayson is the sadly anonymous scriptwriters not attempting to present a life of wealth and glamour. They live in a flat, spot crimes from the window and Lane is employed by the Mullins Mail Order Company. The whole strip is immersed in mundane British culture, as are their enemies. Sourpuss is an admittedly close Catwoman parody, but the Giggler is a genuine clown, and the suspicion is that whoever wrote the script featuring the Scarecrow wasn’t even aware of the Batman villain. Likewise an appearance for Dr Doom, who wears a surgical mask and apron, and drives around in an ambulance.

The writers take special delights in providing Birdman and Chicken with bird-related alliterative epithets. “Spluttering Sparrows!” is a favourite, varied for “Suffering Sparrows! We’re (tied) on a railway line!” “But a disused one, Chicken! It always pays to be observant!” That’s from an early strip, but from midway through the collection attempts to mimic the 1960s TV Bruce Wayne have been dropped in favour of a more generalised daftness.

While the plots still raise a laugh, what distinguishes Birdman and Chicken is Metcalfe’s busy, polished cartooning, an incredible amount of action and detail packed into every two page episode. Designing the heroes’ car as a ridiculous looking egg is visual genius, as is the preposterously exaggerated chin he gives Dick Lane. Why is a big chin so often shorthand for heroic character in old British comics? The sample pages are from two strips drawn several years apart, the first produced early in the run, and the second for the 1984 Krazy Annual, and it shows how Metcalfe’s style keeps evolving, the later strip far grittier.

Fans who remember the strip from their youth will surely be glad to have a complete run, but are advised that this is a collection to dip in and out of. There’s considerable manic hilarity packed into each strip, and too many at a time results in an overdose.