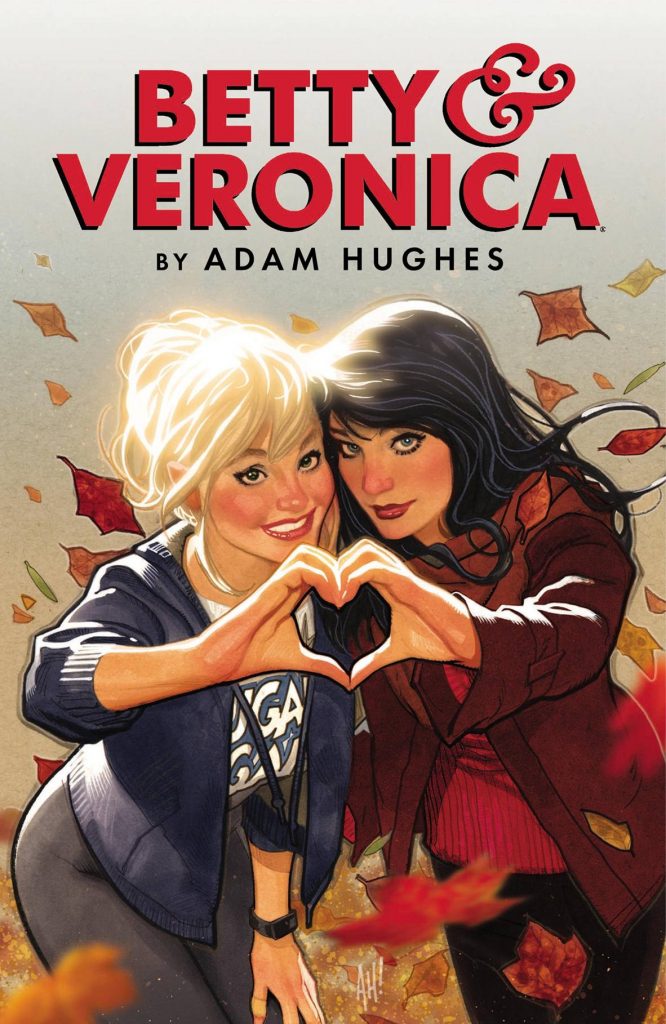 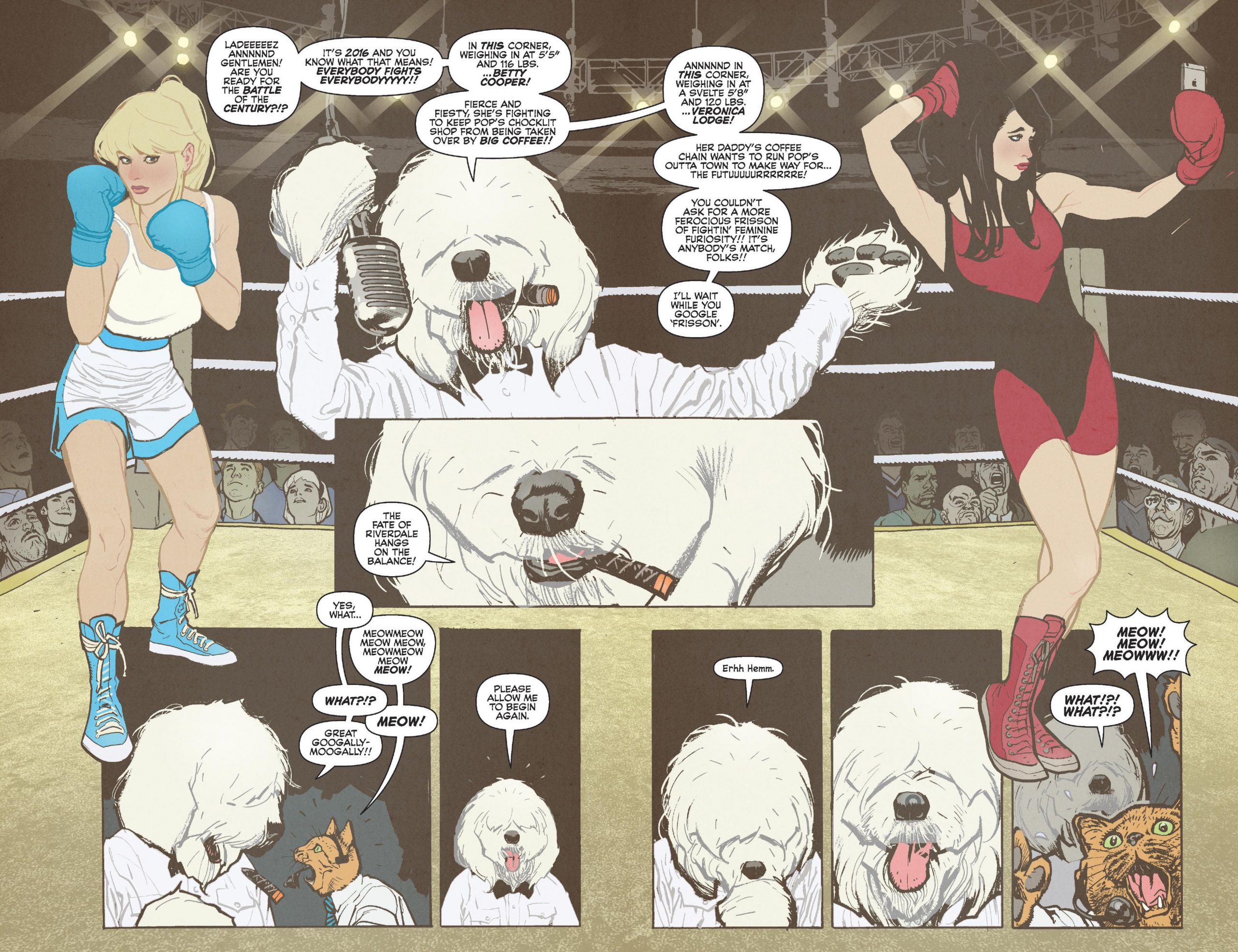 Like Archie and Jughead, both also featured here, Betty Cooper and Veronica Lodge spent seventy years in comic stasis, the readers of the 1990s picking up essentially the same situations in the same style as the readers of the 1950s. Around 2010, though, Archie Comics decided their characters needed dragged into the present day. Anyone reading a Betty and Veronica review is likely to have their own idea about the validity of that, but it appears to have been commercially successful, eventually generating the Riverdale TV series.

Removing the characters from their cartoon dynamic to apply a form of realism weakens them, as behaviour that’s not questioned as part of knockabout gag strips takes on a different tone. Take the imperious Veronica, for instance, the scheming rich kid with the entitled attitude. She’s first seen in a deckchair supervising Betty’s attempts to clear leaves from the lawn. Why anyone would hang about with her is an obvious question, and others arise as the Adam Hughes’ story continues.

The audience for this version of Betty & Veronica presumably splits between fans of the characters and fans of the creator. Anyone who wondered if Hughes would ever again bring his gorgeous naturalism to actual internal pages isn’t going to be disappointed. It’s lush, Rockwellesque perfection. However, the writing’s not as accomplished. In fact, the longer it continues, the more it becomes apparent that Archie were so pleased at having Hughes draw the strip, as long as he stopped short of cheesecake they weren’t going to bother editing. It strikes the wrong tone from the start, with knowing commentary, forced jokes and Hughes applying contrived conflict. And he thought it was a good idea to have the entire story narrated by Jughead’s dog. Many of Hughes’ jokes are so dated they should be in Afterlife with Archie. Yogi Berra? In 2017? And that being the case, anyone who understands those references will know how the fundraising dance ends from pages away.

Worse still, there’s not much Betty or Veronica in the opening chapter, as they’re sunk into the ensemble cast, and thereafter Veronica’s only purpose is to deliver ‘reality’ TV-style verbal slapdowns to the good-hearted Betty, who at least has some page time. A conflict develops over the future of Riverdale’s soda stand, in danger of being closed in favour of a national coffee chain. What can be done?

The art apart, the actual ending is the best feature, Hughes in this case having disguised his intentions well, but it doesn’t compensate for the dog’s thesaurus that preceded it.

If the actual story doesn’t hit the spot, perhaps the extras will. It seems a strange idea to release comics drawn by Adam Hughes with alternate covers by other artists, but that’s what Archie did, and some of them are gorgeous, as good as Hughes. This story originally came about because Hughes supplied covers to assorted issues of Betty & Veronica beforehand, and those covers are also gratefully received. Even that, though, wasn’t enough to fill the book, so we’re given a bonus story. It’s another bizarre choice. There’s nothing wrong with Ryan North and Derek Charm’s work other than this being a Betty & Veronica graphic novel and this is a Jughead story. At the end it’s also revealed to be a plug for another book. The disappointments keep coming.

Sixty pages of Hughes art and all those cover repros make for a fine purchasing incentive, and drag the rating up to average, so if that’s your only priority you’ll be rewarded.