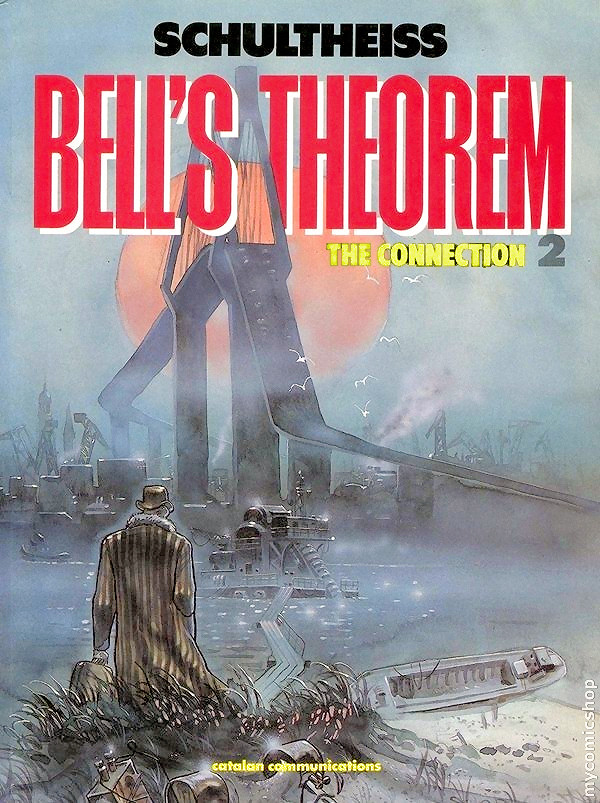 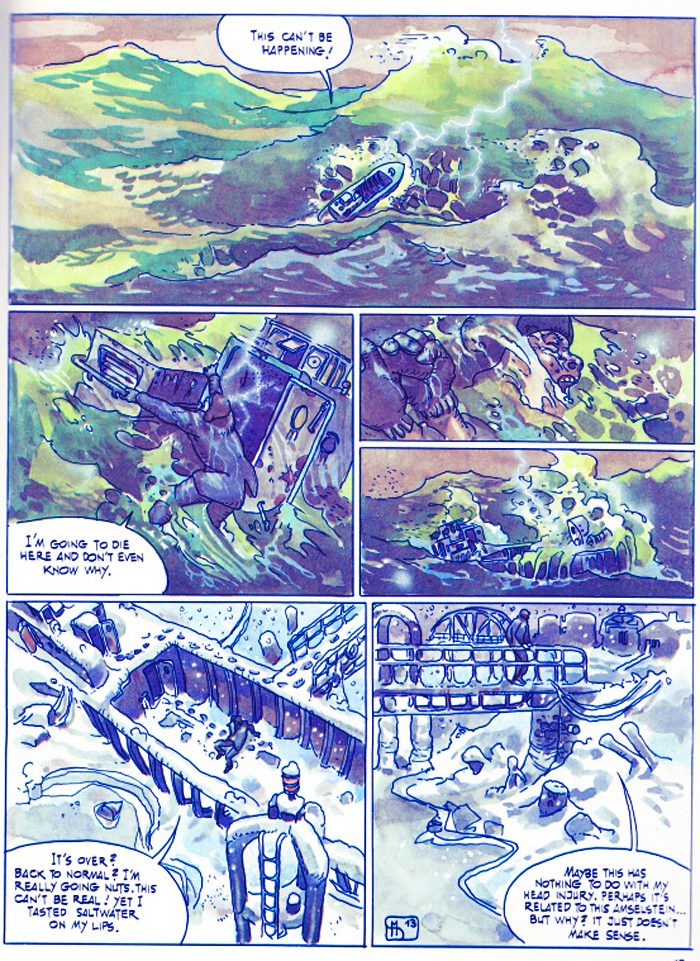 Bell’s Theorem part two opens with its anti-hero, an American criminal who’s escaped from a prison where weapons are tested on the inmates with terrible wounds, arriving in Germany having discovered the dead body of his doppelganger in a remote cabin in Canada.

Having lived in the wilds to avoid the authorities for several years, the puzzling discovery prompts him to take over the dead man’s identity. He’s a quantum physicist who disappeared mysteriously while researching his theories of the nature of reality. When Shelby locates the scientist’s Hamburg flat it’s completely empty apart from an address written in the dirt on the window. When agents arrive, thinking the scientist Amselstein has returned, the window explodes, killing the only agent who had chance to read the address, apparently as a result of telekinesis.

When he discovers Amselstein’s secret houseboat Shelby’s visions increase, possibly caused by the same figure whose telekinetic abilities seem to be helping him. The boat, moored in the shadow of the Kholbrand Bridge, a looming structure that becomes a significant symbol in the story, is full of strange machines. As Shelby begins trying to figure out Amselstein’s notes a tramp advises him to visit Amselstein’s colleague, Paul, who is now in a lunatic asylum, and appears to the be source of some of the strange happenings Shelby has been experiencing. Paul explains that Shelby is actually another version of Amselstein and that the scientist is conducting an experiment and is not actually dead, rotting corpse evidence to the contrary. However Shelby does not (or does not want to) believe him, and leaves angry, unable to understand much of what he’s been told.

Schultheiss’ stark, expressionistic artwork captures the frenzied energy and dark emotions of the characters perfectly. While not to everyone’s taste his bold lines, heavy blacks and strong use of colour create a sense of hellish intensity in the work which hovers between superior thriller a la Bourne Identity and somewhat confusing exploration of quantum physics and the nature of reality. His storytelling is very dramatic, and his dialogue definitely topples over into melodrama at times, but Bell’s Theorem remains a compelling and intriguing story even though it has dated somewhat.