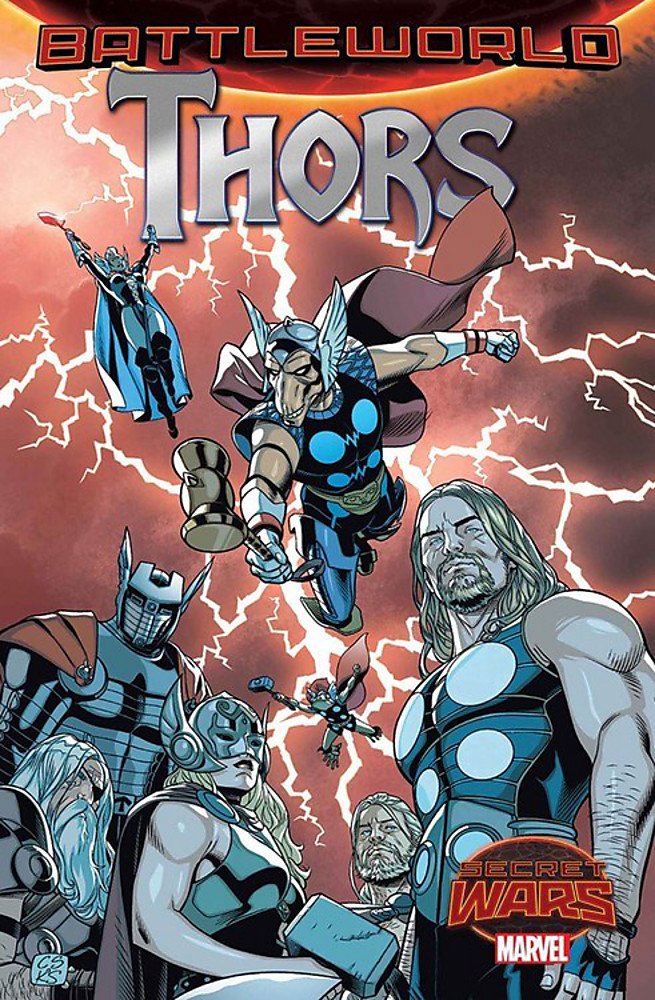 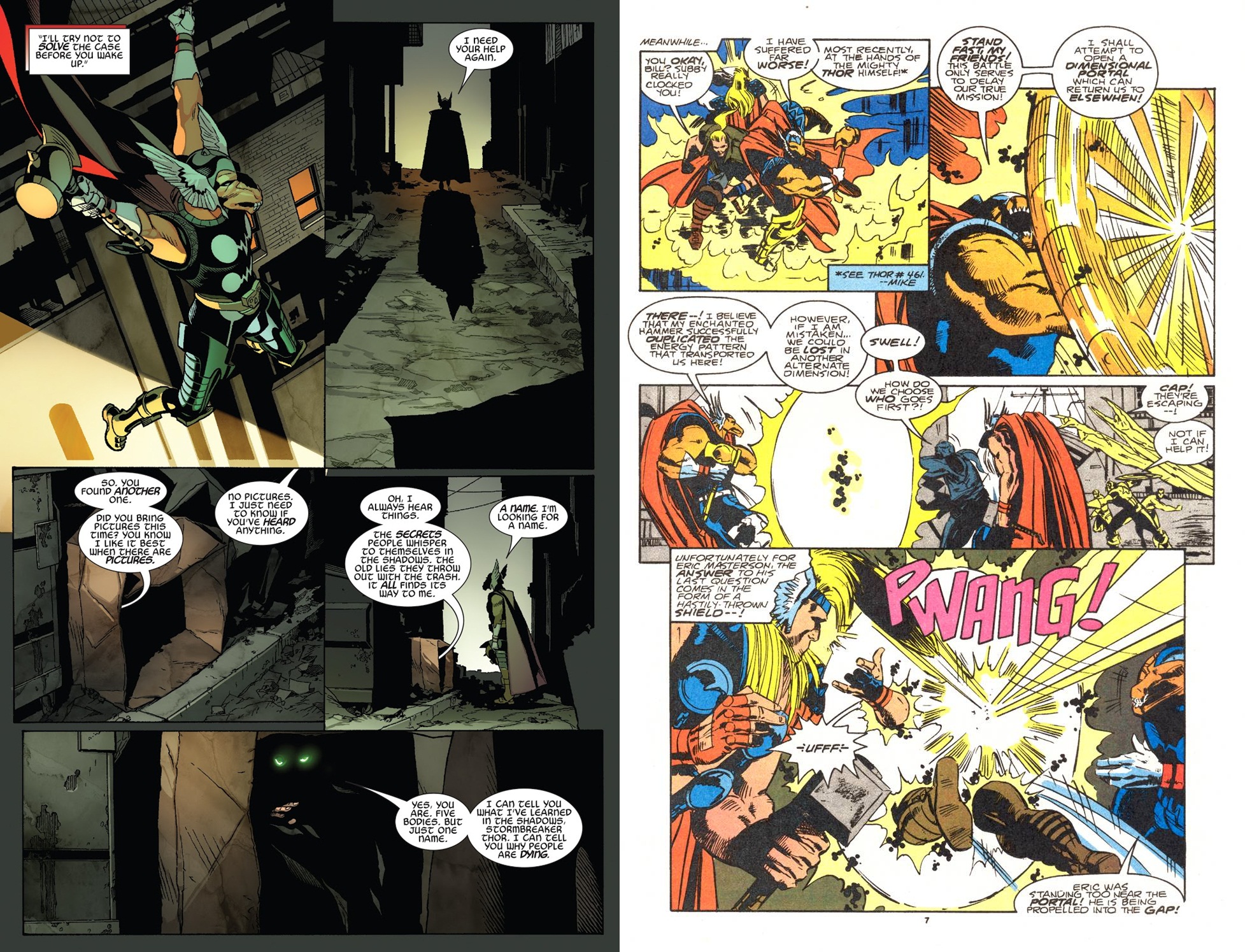 With Battleworld stories pulling together assorted thematically linked incarnations of a character, it may come as some surprise just how many versions of Thor there have been in Marvel comics. For the sake of Secret Wars tie-ins, all versions of previously seen Thor (and plenty more besides) serve as the enforcers of Doctor Doom’s will, maintaining order and investigating crimes on a world of assorted adjoining kingdoms. Their current case is five unidentified dead women over separate kingdoms, each with their head caved in. Hmmm, something like the effect of being hit in the head with a mystical flying mallet perhaps?

Jason Aaron’s written a fair bit of Thor, and has varied the tone and genre while doing so. This is his police procedural drama. The enforcer Thors have to figure out who the women are, and why they’re being killed. There’s a nice involvement for Loki, but overall the story is page filler, rather than the pull at the heartstrings it’s intended to be. The most interesting element proves to be a revolution fermented toward the end, but that’s a matter for some other Secret Wars tie-in. A shame as that might have been a better story overall. No complaints about the art, mostly by Chris Sprouse, but with Goran Sudžuka also contributing.

There had already been a teaming of Thors, however, in 1993, serialised as Thor Corps, and that’s also included here. If the first story seemed to be mundane by Aaron’s high standards, then Tom DeFalco and Patrick Olliffe’s effort is a chasm beneath. In the distant future a lunatic steals a staff able to rip holes through the dimensions, literally. In order to find his missing wife he involves the Thor of his era, the Thunderstrike of 1993 and Beta Ray Bill, and the remainder has them bouncing back and forth through time encountering pretty well every Marvel hero not embedded in the 20th century. The potential is there for a lot of fun, but it isn’t fun. Olliffe hasn’t yet developed the refined storytelling he’d later employ and DeFalco’s plot twists back and forth to an improbable ending. Even the introduction of the traditional Thor can’t save things.

If you’ve enjoyed the remainder of Aaron’s Thor, this is the collection to purchase at the very end when you’re experiencing withdrawal symptoms. 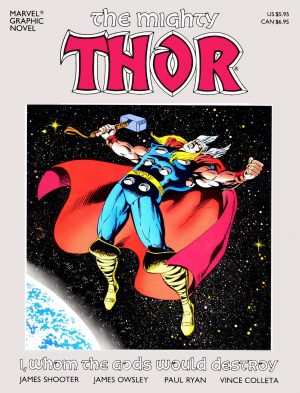