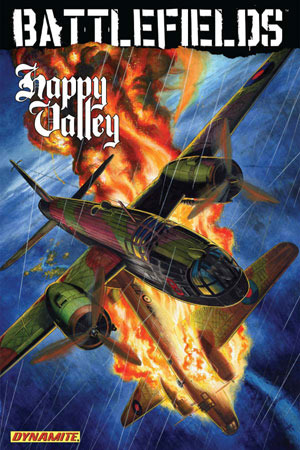 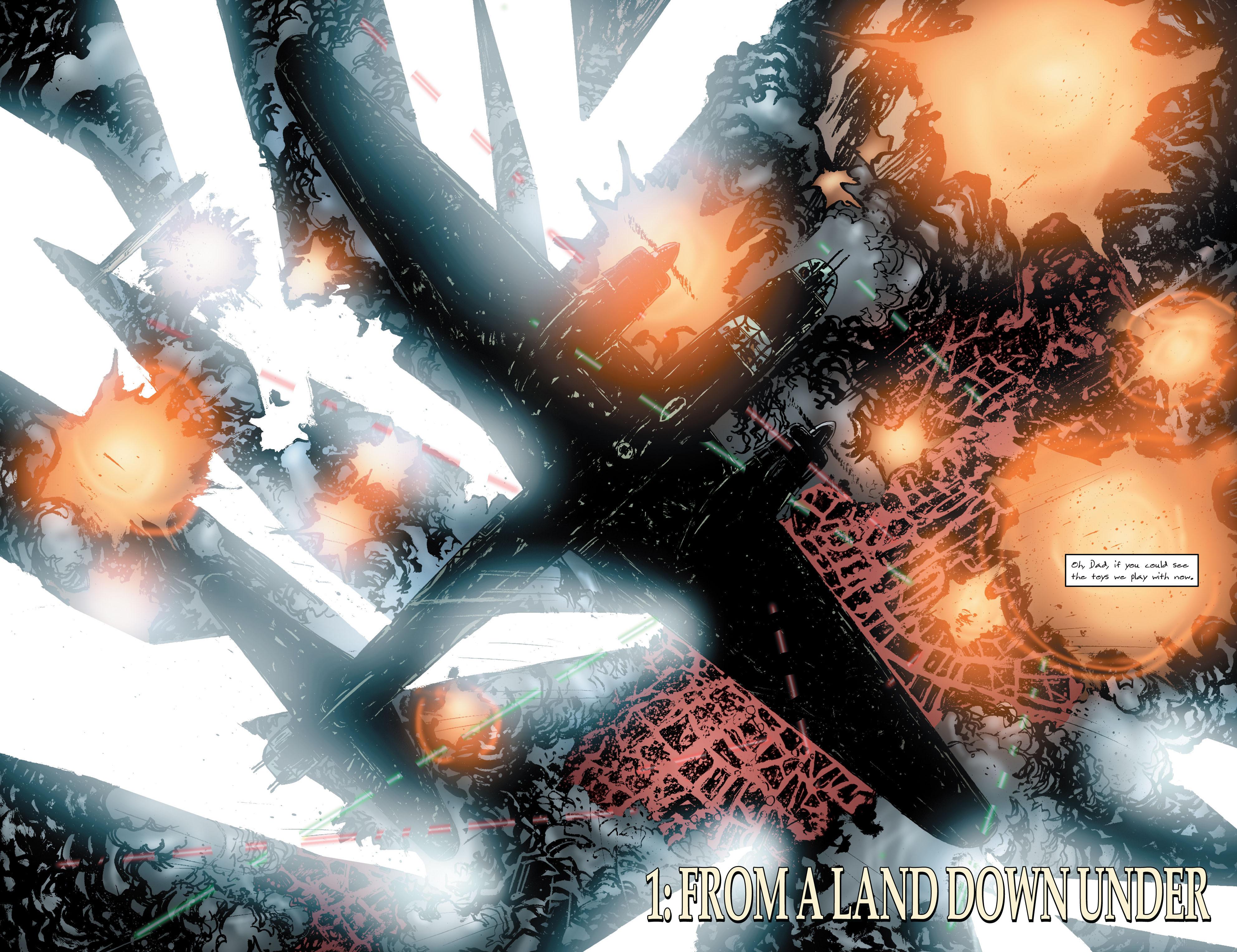 Ken Harding is the new pilot assigned to World War II Bomber Command in 1942. Despite being British based, he’s joined an Australian unit, and is greatly resented by veteran Masher for lacking any actual combat experience when the unit is three missions away from being rotated out of duty.

Harding relates his own experiences via a letter written to his father he hopes to present after the war, when revealing mission details will no longer be an issue. The device allows Garth Ennis to pass on plenty of practicalities about the planes and their targets while also conveying the experience of what flying a bomber entails. Beyond that, Happy Valley concerns itself primarily with the camaraderie of a close knit crew, each of which has a defined role in a bombing mission, their foul-mouthed banter punctuating Harding’s narrative captions. The title is the sardonic name given to the Ruhr Valley, Germany’s industrial heartland

P. J. Holden supplies some fantastic detail to his pages of the bombers in the air, and his cast is well defined, but sometimes oddly staring. This is also a graphic novel where the colouring is really noticeable. All actual missions occurred at night, so Tony Avina works a lot with darkness, extended by the dark blue uniforms and gloomy locations where lights were kept low during wartime. It makes the sky being illuminated by tracer flares, searchlights and the flames from downed planes an extremely effective contrast.

It’s reiterated that the crew are counting down the missions until they can go home, and in war stories this generally leads to one ending. Ennis is better than that. While the overall story arc is predictable and there is tragedy, there’s also a point or two to be made about senseless rules, and as in so many of his stories, Ennis elevates the unsung heroism of the ordinary man.

Happy Valley is collected in the second volume of The Complete Battlefields.