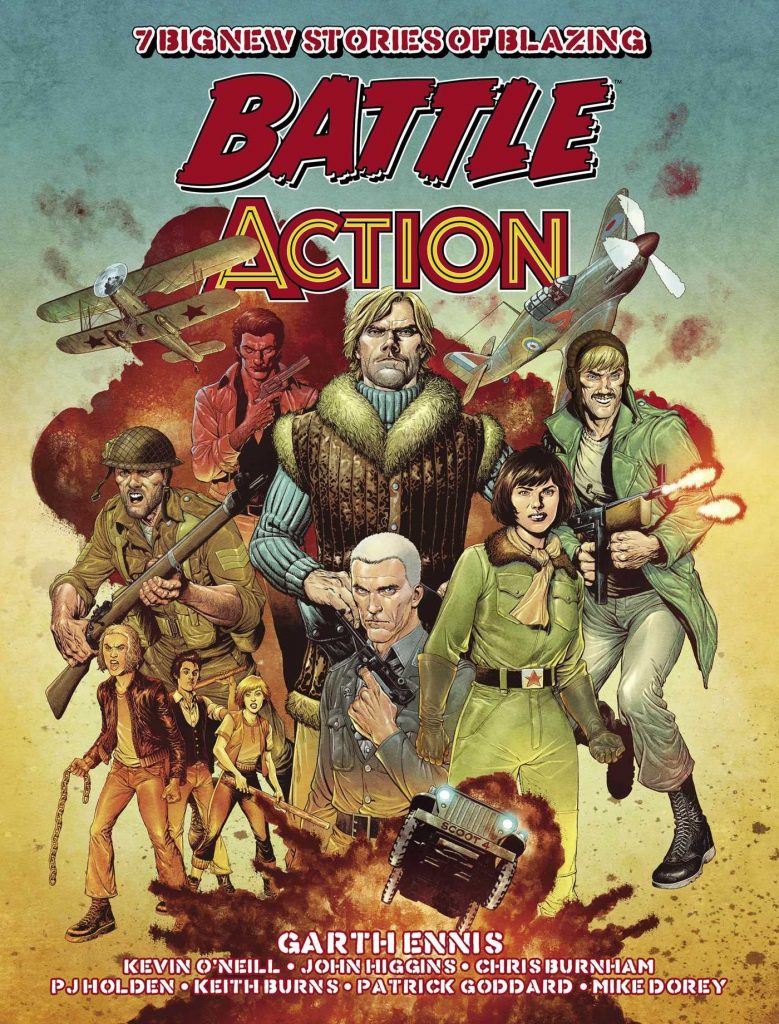 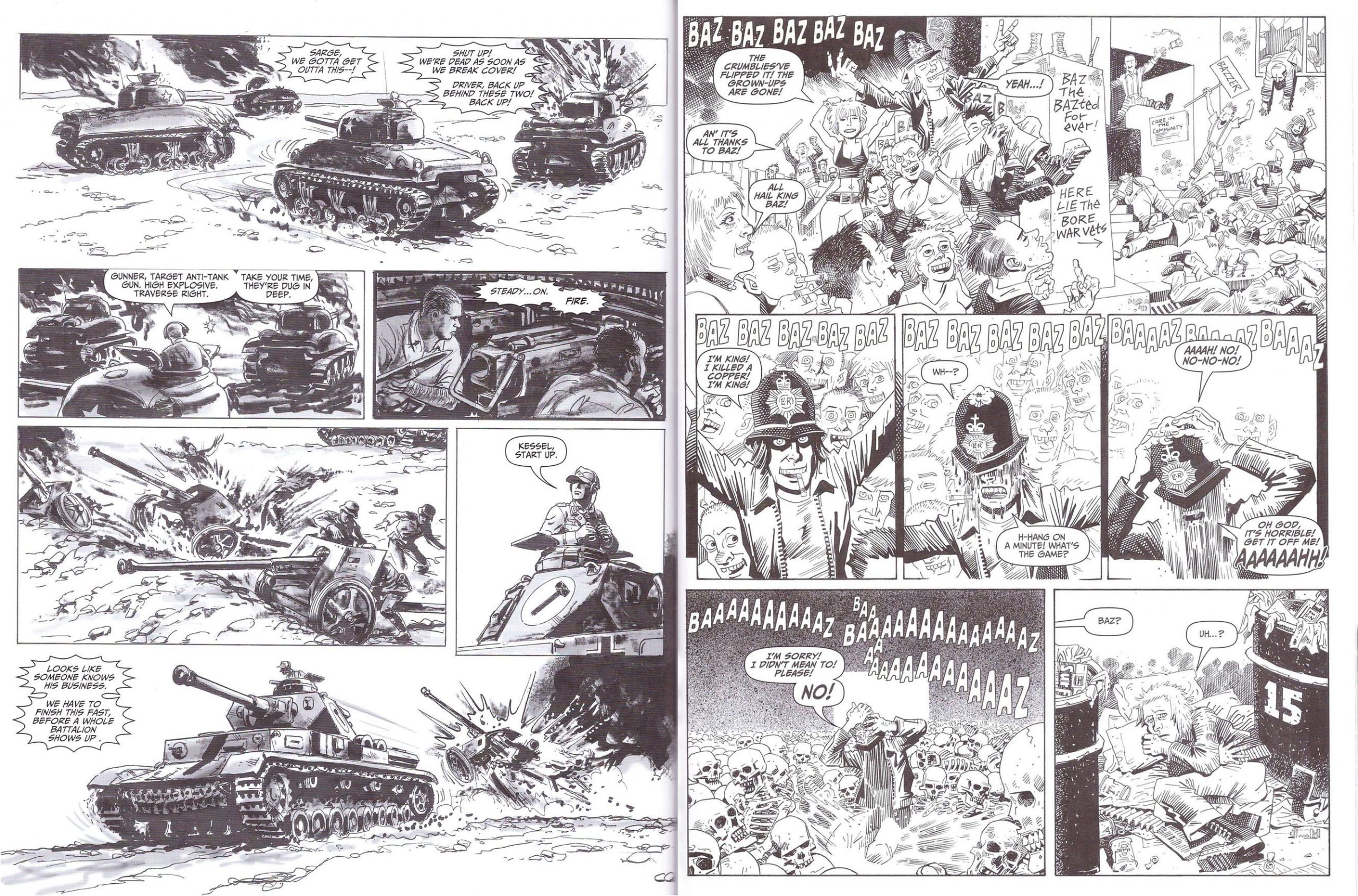 Garth Ennis has made no secret of his love for the Battle and Action comics of his childhood, merged in 1977, and has become the go-to person when an introduction is needed for any reprint volume. He’s even had a previous try at reviving Johnny Red, the British pilot who finds himself fighting with a Russian squadron. This, though, must be all Ennis’ Christmases arriving at once, as he’s able to revive eight features he loved in a collection designed to resemble the old hardcover British annuals, and promote one supporting character into a lead feature.

War stories are Ennis’ first love, and they account for five of the seven strips, all set during World War II, two of them pairing leading characters. A way that Battle differed from earlier war comics was that it ran strips featuring German protagonists. Skreamer of the Stukas was an unrepentant villain, here coming off second best against Johnny Red, while Hellman of Hammer Force was the opposite, a human first and German tank commander second. Ennis pits him against a glory seeking American who cared little for lives lost in his advancement. He was always a caricature, so Ennis instead concentrates on a supporting character, long-suffering Sergeant Steve Hilts, for an intriguing conversation, nicely drawn by Mike Dorey, a UK war comics veteran (sample art left) who worked on Hellman’s original strip.

In Battlefields Ennis ran a story spotlighting the women pilots Russia trained during World War II, and here returns to his probable influence, Nina Petrova, pulled from Johnny Red’s feature. It’s a smart follow-up to the opening strip that at the same time makes the point about the conditions the Night Witches operated under, with Patrick Goddard supplying clarity and detail.

The Sarge’s run was gathered in a collection issued just before this volume, and Ennis uses him and his well developed squadron to consider the understated heroism of a generation who acted without a second thought, got on with the job, and didn’t talk about it afterwards. P. J. Holden’s not exactly on home territory with war comics, but is very good at reproducing the typical layouts used on the original strip. Crazy Keller also had a long run in Battle as a schemer who always turned a profit. As joyously drawn by Chris Burnham, Ennis reveals Keller has a conscience after all, achieving the humour and bravado of the orginal version.

Ennis wisely keeps the Action strips set in the past. Dredger was always a pastiche, and Ennis exaggerates him further for a satire on changing times as John Higgins draws the violence with glee. ‘Kids Rule O.K.’ is widely considered the strip that castrated Action in the court of moral outrage back in the day. It was an utterly brutal look at a society where everyone over 20 died, leaving gangs of youths setting about each other. Ennis constructs a story to fit an infamous cover of kid with a chain about to kill a policeman. It’s combined with hilarious pages of the then editorial department wondering how to explain the public outcry it generated to the company directors. Kevin O’Neill’s art is in the violent style of the original strip (sample right), yet restrained, keeping the grimmest acts off panel. The whole thing is strange and wonderful, looking at the past as another country.

Anyone not of Ennis’ generation should appreciate the craft anyway, and those who grew up with Battle and Action will appreciate this love letter. 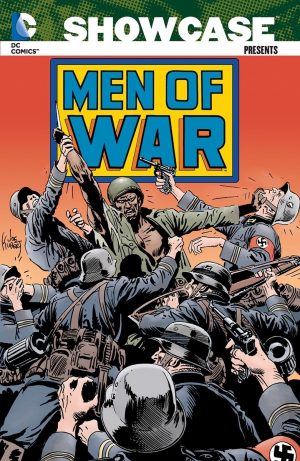 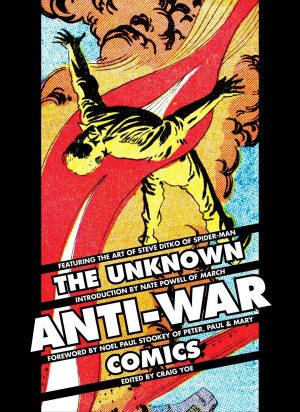