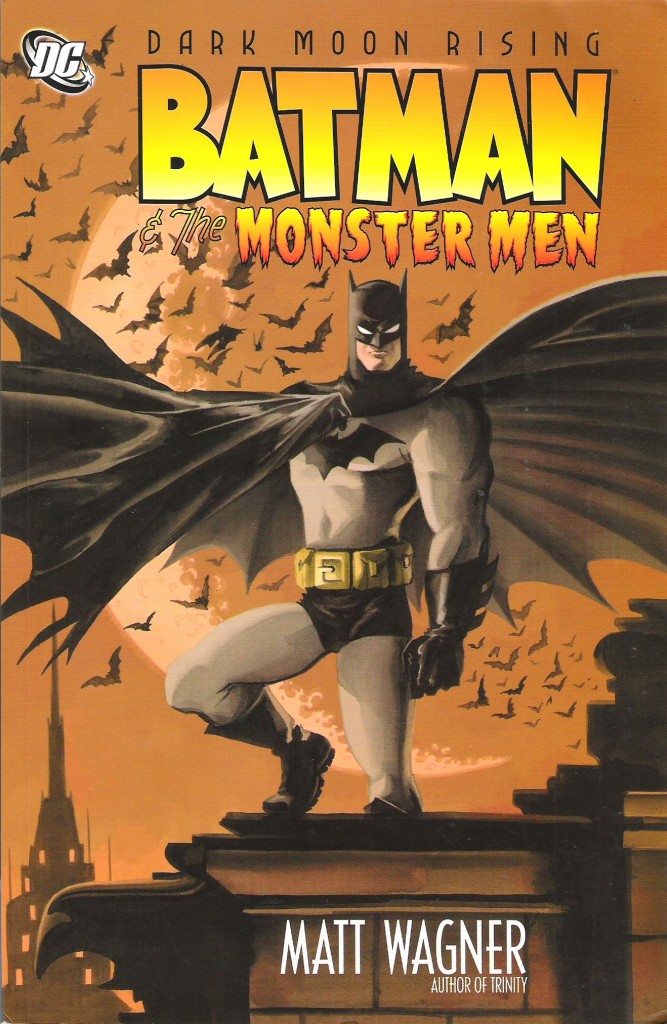 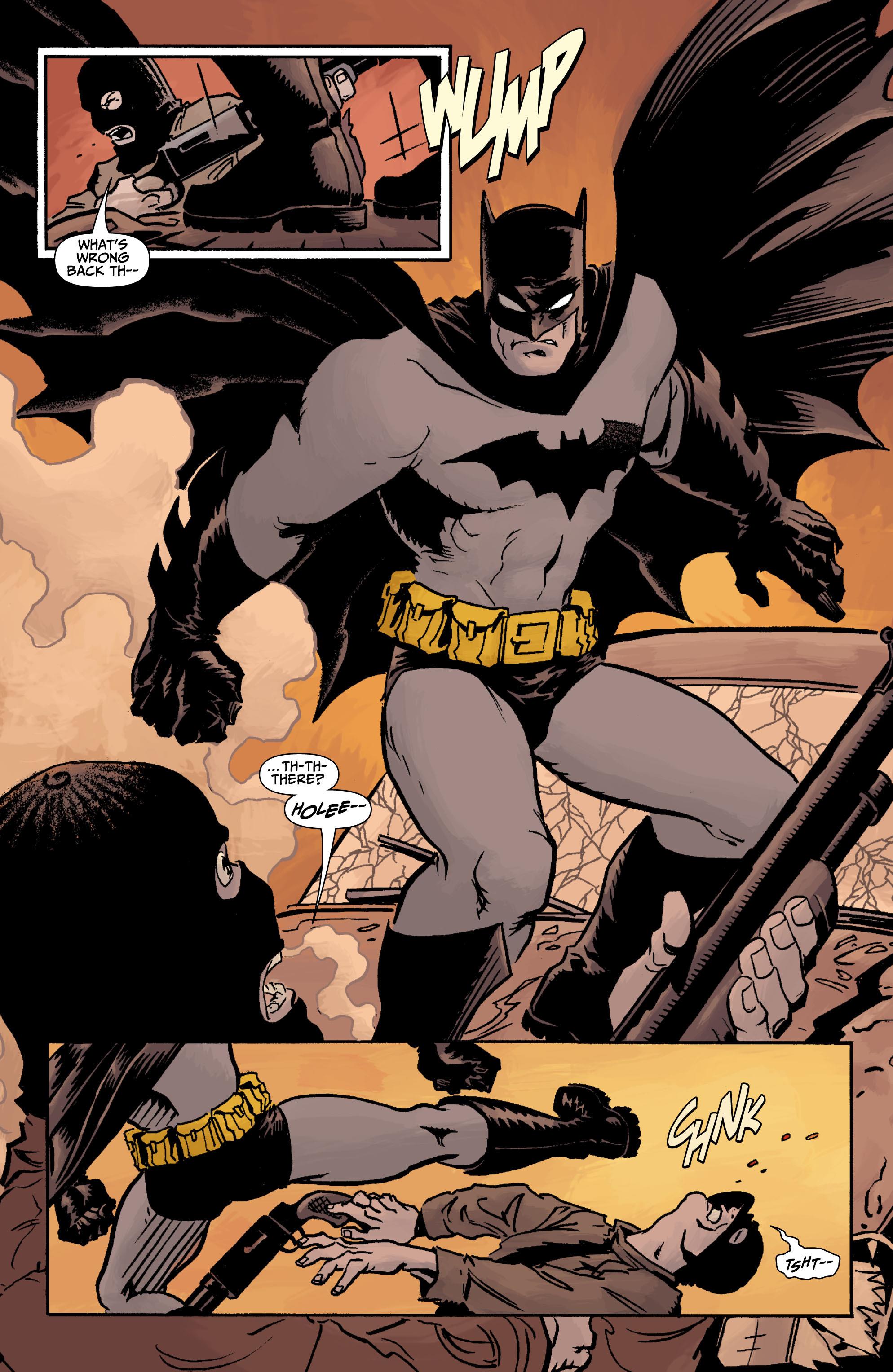 Batman & the Monster Men is set early in Batman’s career and provides an entertaining glimpse of a novice hero set against foes whose sheer physical strength is overwhelming.

Matt Wagner’s tale is a clever mixture that constantly juxtaposes the new with the old. To Gotham Batman is relatively new, which means to the reader this Batman is almost as old as they come. Professor Hugo Strange eulogises about the value of genetic engineering, yet the products of his experiments, the Monster Men of the title, are joyfully extracted from pulp fiction. This is Batman at the start of his career, but the cars and computer technology propel this forward from the late 1930s to a far more recent era.

Wagner gives his tale some ballast by embedding characters and situations recognisible to those who know Batman’s history. Gangsters Carmine Falcone and Sal Maroni for instance, but this sort of trainspotting doesn’t impinge on the story. It’s not necessary to know they’re pivotal to another graphic novel of Batman’s early days The Long Halloween, enough to recognise them for what they are. Julie Madison has been less frequently seen over the years, and is here given a depth she never had in the late 1930s as a kidnapped girlfriend of Bruce Wayne. She’s one of several cast members who are provided with a narrative voice, each of them distinct.

An aspect Wagner emphasises satisfyingly is the terror induced by the then relatively unknown Batman. “The only rest for your kind Maroni”, he intones after manifesting in the gangster’s bedroom while he sleeps, “is the flat end of a slab or the deep end of a grave.” It’s indicative of the overall thought he’s applied to a relatively simple plot. Under normal circumstances Batman’s wit and ingenuity would ensure he can overcome a vastly superior physical threat, so Wagner ensures his first conflict with the Monster Men occurs in a confined area. It’s as brutal as anything seen in Batman graphic novels.

Artistically, Wagner’s Batman carries some bulk. This isn’t the lithe athlete, but someone with physical capabilities, here much needed. The artistic influences extend back to the earliest Batman stories, from which Wagner extracts the gothic mood sustained throughout, and he supplies some terrific pin-up illustrations.

There are plot elements rather lost in the shuffle and possibly better not introduced as they’re not concluded, then sergeant Gordon experiencing pressure from the Commissioner over his relationship with Batman for one. The story would have been marginally tighter without Gordon, but everything pulls together in very satisfying fashion for the finale, even setting up Professor Strange’s future activities.

Batman is featured in more graphic novels that any other character, yet the competition for the very best of them is relatively slim. Batman and the Monster Men isn’t quite on that list, yet it’s a successful and entertaining updating of pulp ideals that any caped crusader fan should enjoy. Considering the current price of used copies would a reissue be in order?