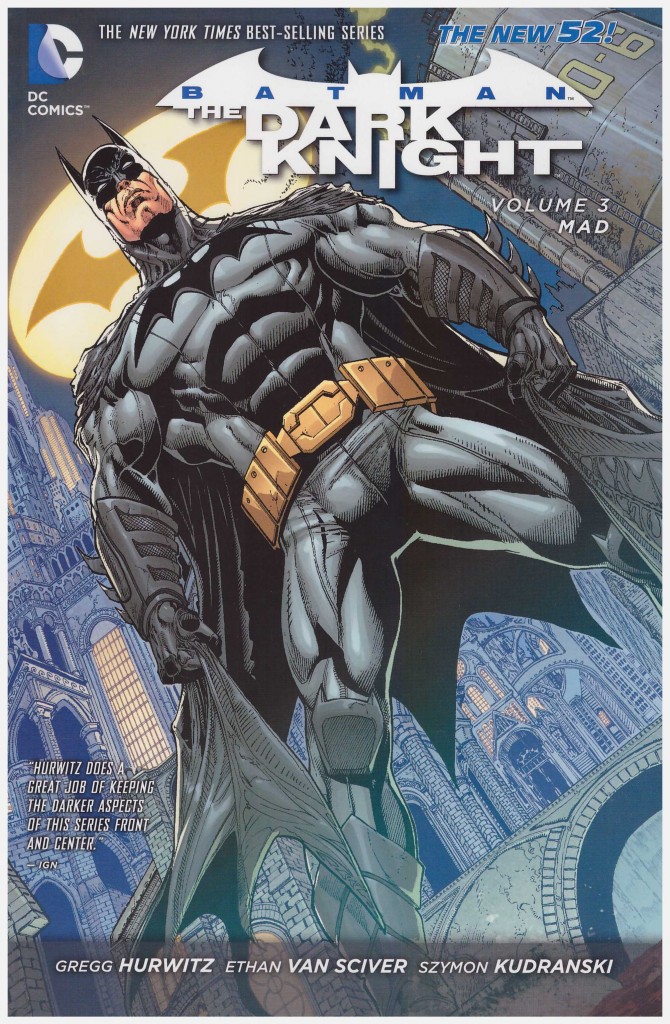 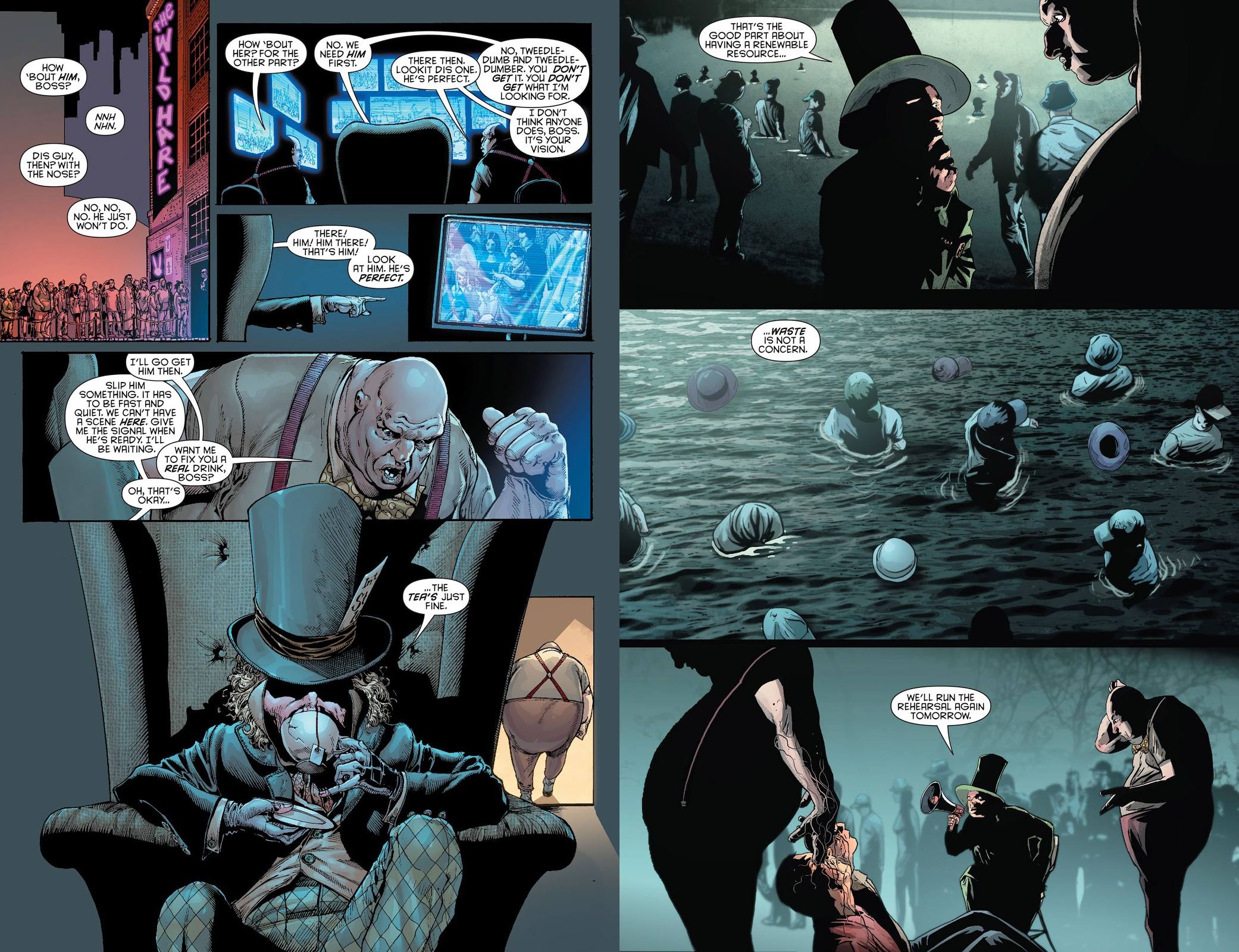 It must be noted that most writers when invited in to Batman’s playground wouldn’t choose to structure a multi-part story around the Mad Hatter. It proves, one supposes, that Gregg Hurwitz is not most writers, as not only does he do that, he delivers something that’s tragic, yet often funny, and compelling to a point, but dragged on too long.

Batman’s set a mystery. He knows people are being kidnapped and later turning up dead, and a tip points him in the Mad Hatter’s direction. Is that tip, though, from the most reliable source? As he did previously with the Scarecrow, Hurwitz takes us back to the Mad Hatter’s youth, to what he considers the single perfect day of his life. From there we learn how he became the man he is today.

In Cycle of Violence Hurwitz introduced Ukranian concert pianist Natalya Trusevich as Bruce Wayne’s latest glamorous girlfriend. She was little seen there, but discontent with the obvious lies Wayne tells to keep his dual life secret. Here she has a larger part to play, although there is a predictability about her role beyond a certain point in the story.

Ethan van Sciver accentuates the Hatter’s unhinged nature not only by his costume, but by illustrating him with a lazy eye always looking right, and he’s also innovative with the design. A particularly good spread depicts a discussion between Wayne and Trusevich laid over piano keys. There’s a jarring shift midway when Szymon Kudranski takes over the art. He’s also good, but makes no effort to ensure visual continuity by modifying his style. Van Sciver’s pages are open and bright, while Kudranski prioritises gloom, creating a dingy world occupied by the disturbed and occasionally illuminated by an excessive brightness.

Kudranski is far more appropriate for the closing story in which Hurwitz unites the villains he’s used to date in a clever tale of manipulation. The next volume is titled Clay.