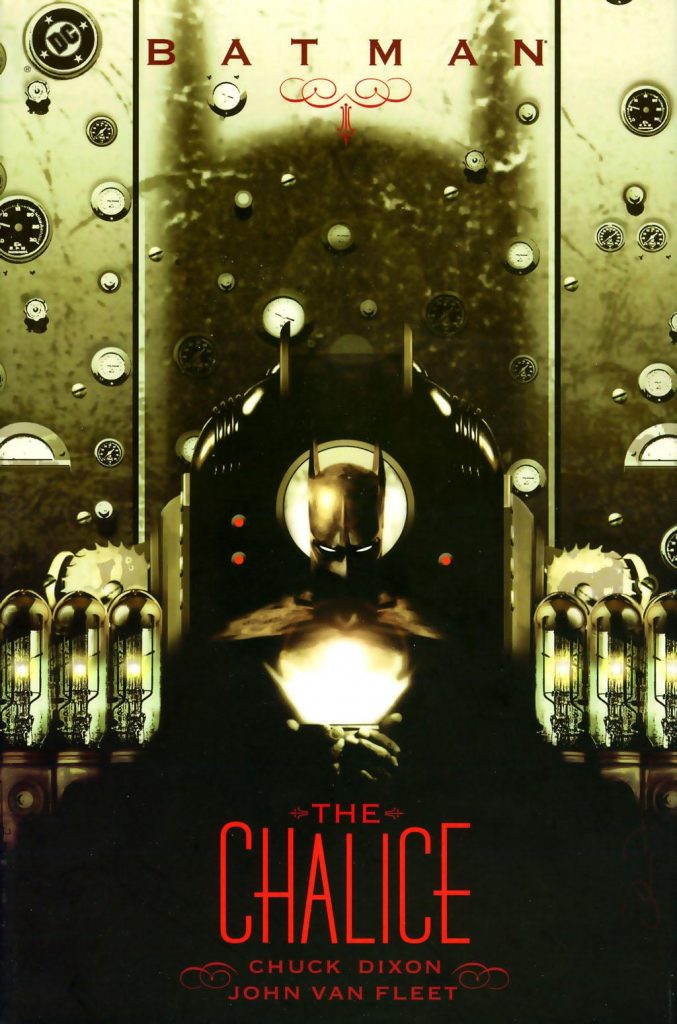 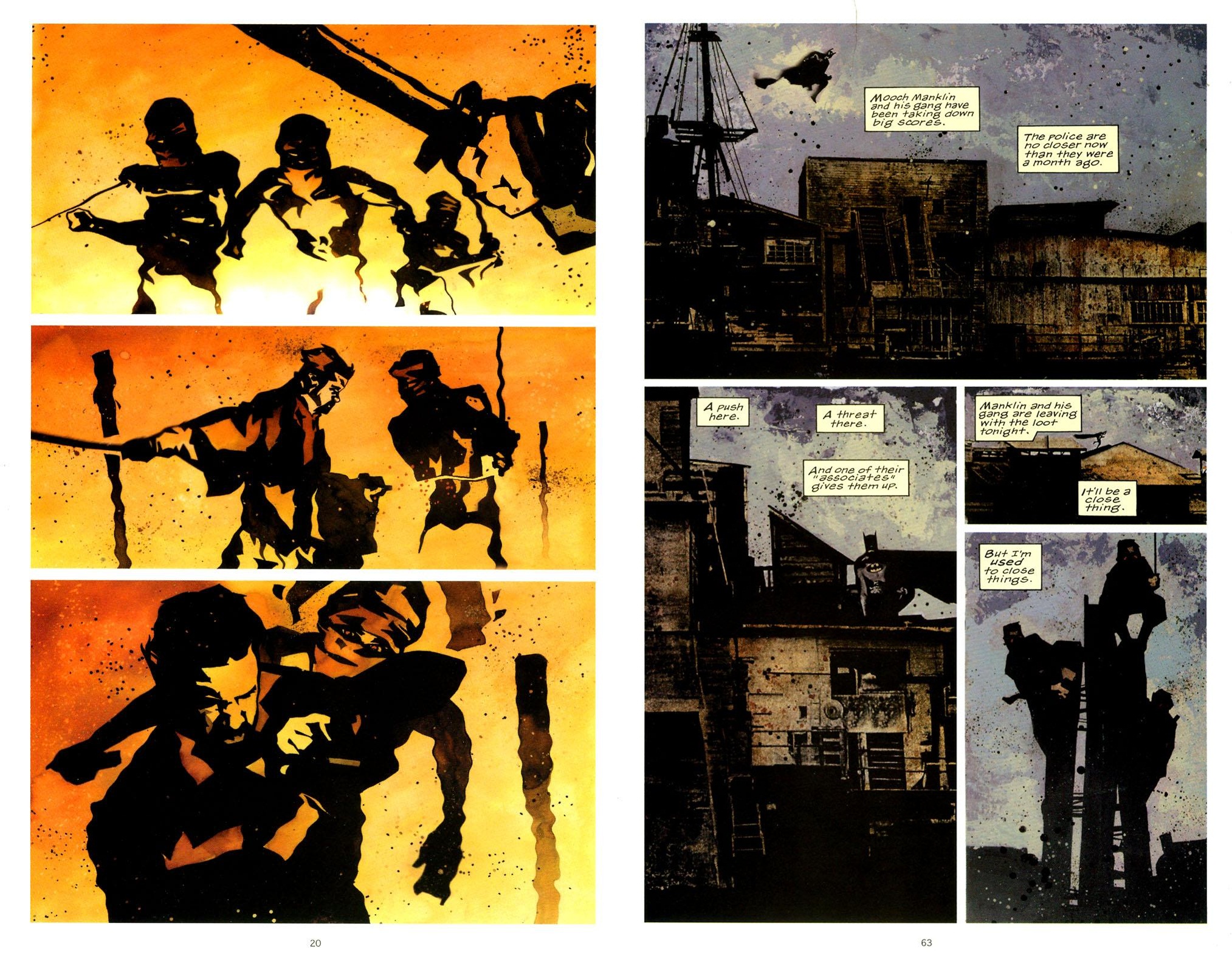 The Chalice is a masterclass in how a decent idea is only the starting point of a workable presentation, yet so impressed were DC that they first published it as a hardcover with a price to match.

Chuck Dixon is a third of the way through his page allocation before reaching the pivotal point of his story. The mythical holy grail from which Jesus Christ himself drank, and which later caught his blood, has been guarded well since a pact made centuries previously. Among those offering their descendants as its protector was GeVain, whose lineage later became the Wayne family, and so Bruce Wayne inherits it and has to keep it safe. The grail is supposed to have mystical properties, and that it’s seen daylight again attracts the attention of some very powerful people. The second third of the book flits between them.

John Van Fleet’s art is awkward, very awkward. Some individual panels are pictures of great skill and beauty, others a strange mosaic of photography and ink, but they tell a story very poorly in places, and are ill suited to any form of movement. This is a distinct disadvantage when Batman is the featured character. Van Fleet can pose him well, but any form of action is stiff and unconvincing.

To be fair to Dixon, The Chalice was conceived and published four years before Dan Brown hit the motherlode with The DaVinci Code, but that novel’s vast coverage takes some original aspects of what Dixon wrote and renders the topic over-popularised. That, however, isn’t the only reason The Chalice doesn’t rank among the foremost Batman graphic novels. Catwoman, Penguin and Ra’s Al Ghul all feature as assorted types consider the holy grail is their inheritance, but while the reason Catwoman and Batman never meet is novel, very little else is, despite the ending being neat. Otherwise too much is ponderous, Ra’s Al Ghul, so dedicated up to the final knockings, seemingly relinquishes his quest because he’s somehow aware the remaining pages are limited, and there’s little purpose other than eating pages for including the likes of Harvey Bullock. The Chalice had its failings in 1999, and time hasn’t been kind.