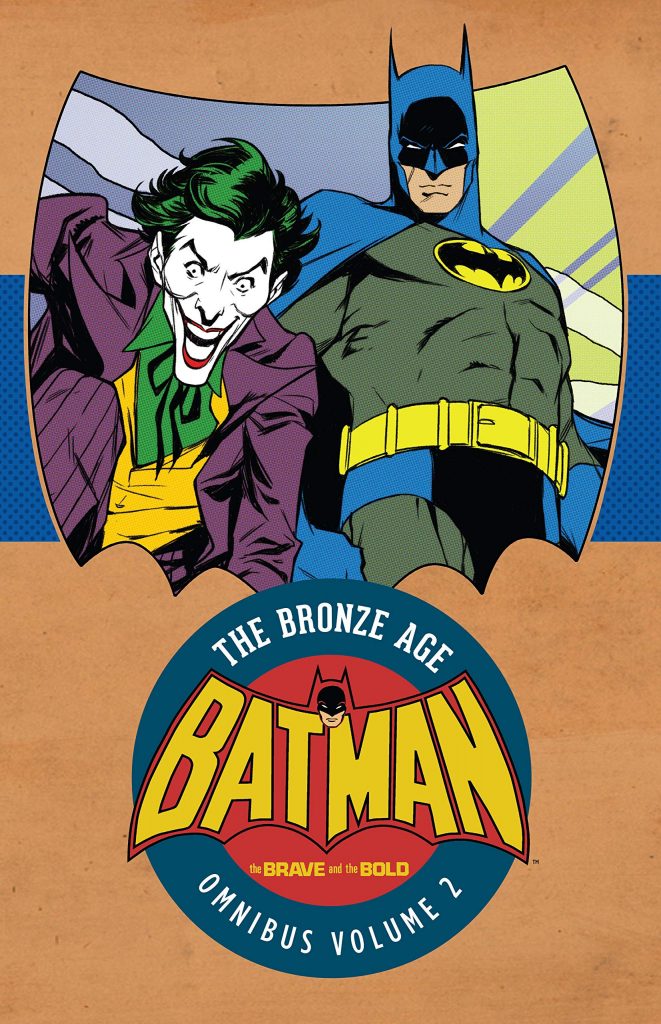 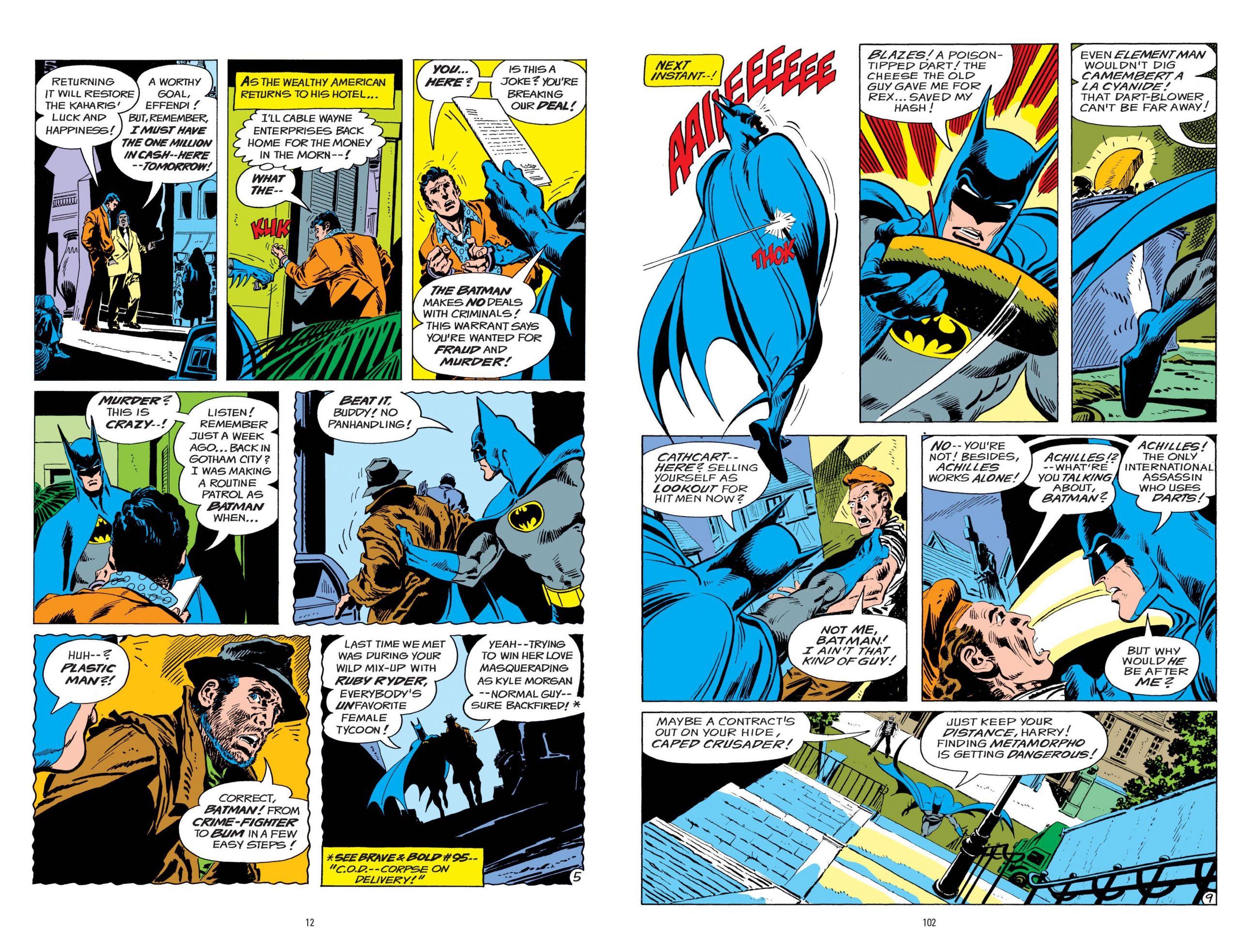 This second Omnibus continues the pattern established by the first, except this is exclusively stories teaming Batman with other DC heroes, almost all written by Bob Haney, and almost all drawn by Jim Aparo. It covers 1974 to 1979.

Gathering over thirty consecutive stories reveals Haney’s tendency to fall back on formulas. Among them are heroes missing for extended periods, the gangster/smuggler/assassin whose identity is a complete mystery, and an object or task involving several components, only the final piece providing the solution. These tie in with Haney’s preference for Batman as a detective, teaming with others in crime based mysteries. He’s very good at these, and occasionally something’s been slipped in his tea, as he’ll come up with a bonkers idea, such as himself and Aparo in the real world having to constantly modify their plot to keep one step ahead of terrorists targeting Batman and Sgt Rock. Sometime in 1976 it seems Haney was told to feature more headliners and steer clear of favourites like Deadman, Wildcat and Phantom Stranger, who don’t feature nearly as often as before.

Aparo is the very model of consistency. His Batman is a lithe gymnast rather than muscular and invincible, and such is his reputation that everything he drew collected here can also be found spread across three hardcovers of Legends of the Dark Knight: Jim Aparo (the bulk in Vol. 2). A process of refining his technique is apparent, simplifying it without shortchanging, enabling him to pencil and ink The Brave and the Bold and take on additional work. The sample art contrasts a page produced in 1975 with a similar scene from four years later, the inking simpler, but Aparo always good at varying his layouts.

Haney may have been forced to use more superheroes, but still involves most in crime mysteries, and very few villains other than the Joker appeal to him, so the spectacle comes from the likes of Wonder Woman taking on a tiger, or Green Lantern defecting to the Soviet Union. The latter will annoy readers placing great value on a hero’s activities here refusing a neat slotting into a timescale of their other appearances. Haney doesn’t care about that. If a story needs Black Canary to be a fashion designer, then she starts a new career. Some pieces at the time using cutting edge technology are now quaintly dated, Batman and the Atom investigating computer fraud for one, and the stories toward the end don’t have the same level of suspense. They’re also wordier and begin to rely too much on the impossible discovery. That’s only toward the end.

Two inclusions are written by Cary Burkett, and while both have mystery elements, the Supergirl story especially is far closer to superhero team-ups as we know them today. Red Tornado’s appearance overplays his insecurities, features a strangely harsh Batman to do so, and is the poorest story here despite Don Newton art. A Haney written team-up with the Unknown Soldier, then a DC headliner with his own title, is set during World War II, but Romeo Tanghal’s art is uncultured at times, and things that occur highlight the strange notion of an alleged master of disguise always covering a bandaged face.

Just read a few stories at a time, and until the final quarter most are satisfying detective mysteries provided continuity’s not important.