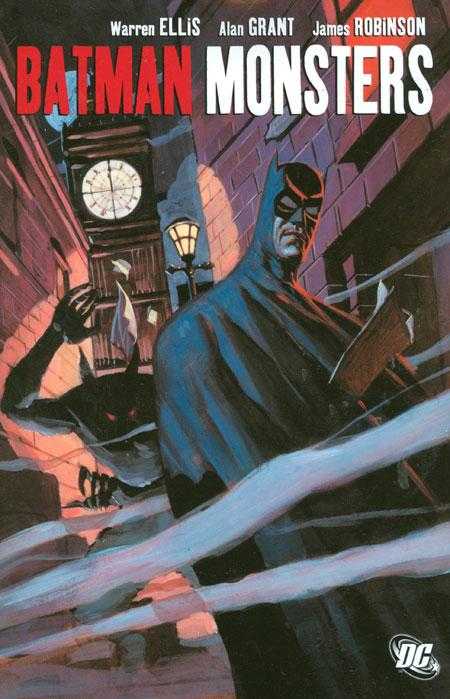 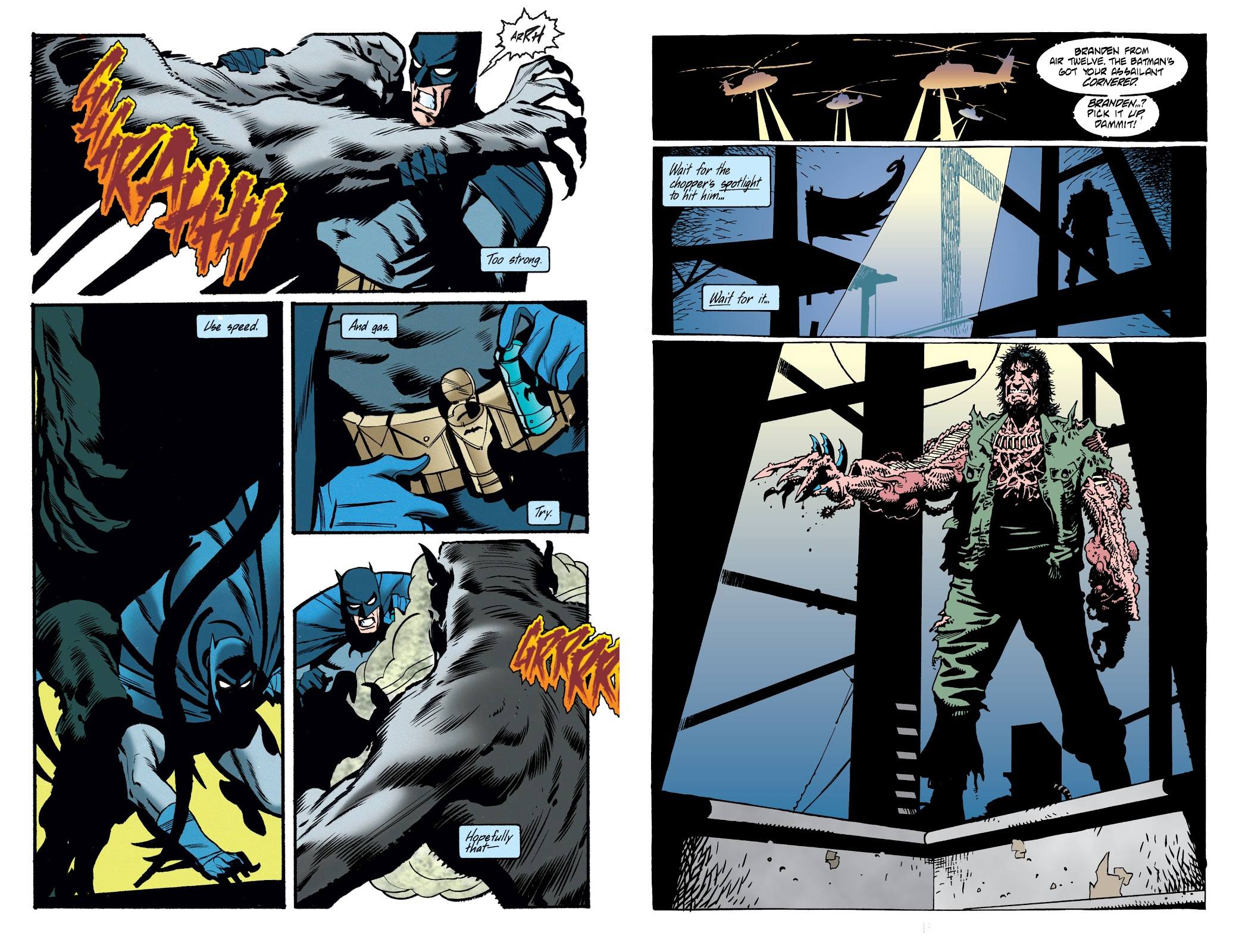 Monsters is a comfortable title grouping the work of primarily British creators over three stories produced in the mid-1990s.

An early writing success for James Robinson was a two-part Batman story (see Collected Legends of the Dark Knight), and here he teams with the supremely talented John Watkiss for ‘Werewolf’, which finds the Dark Detective prowling the streets of London. He’s investigating two very different killings, the victims only linked by their relationship to the Wayne Foundation. The assassinated Fitzroy was investigating money-laundering in the London office, whilst mauled and mutilated Dr. Hugh Downs had, at the behest of great friend Alfred Pennyworth, recently taken up a position with the company in America. The latter death is further complicated by an eyewitness who swears the attacker was a werewolf.

As magnificently rendered in the eerie illustration style of artistic Renaissance Man Watkiss, the tale unfolds with a quintessentially British tone and timbre. It’s smart, moody and action-packed, a savvy classical detective thriller, brimming with notable characters, intricate chains of clues, devious plot twists and beguiling red herrings. All lead inexorably to a shock ending that will delight fans of the genre.

A far more visceral and cynical shocker comes in the two-part ‘Infected’ by Warren Ellis and John McCrea, which begins when a pair of biologically altered solders escape their (perhaps) rogue military doctors and begin slaughtering indigents and low level thugs in the dingy backstreets of Gotham. The ghastly slaughter escalates when Chief Branden of Gotham SWAT takes over. A holdover from the city’s recent corrupt political regime, the barely rational gun-nut is as happy blasting away at the despised caped vigilante as at the clear and present danger. For Batman, mere months into his obsessive war on crime, this first brush with rampant, unbridled super-nature goes badly wrong. When he tracks one of the beasts it shoots him with bone bullets manufactured from the harvested corpses of previous victims before escaping. Bleak, chilling and gut-wrenching, this ferociously manic countdown to catastrophe shows the Gotham Guardian at his most brutal and uncompromising.

This quirky compilation closes with ‘Clay’, a canny reworking of 1960s super-villain Clayface into a truly modern monster by Alan Grant and Quique Alcatena. Having been the Batman for less than a month, the neophyte crimefighter’s attempts to rescue a hostage girl are brutally thwarted by a hulking mass of mud who casually tosses him aside before killing the captors and making off with the girl itself.

Taken in total this is another superb Batman extravaganza: dark, intense, cunning and superbly engaging. What more do you need to know?