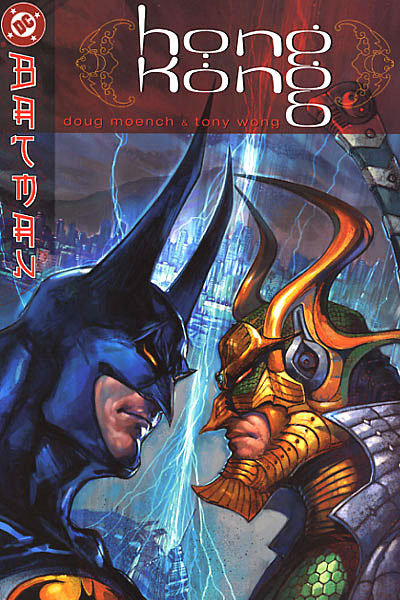 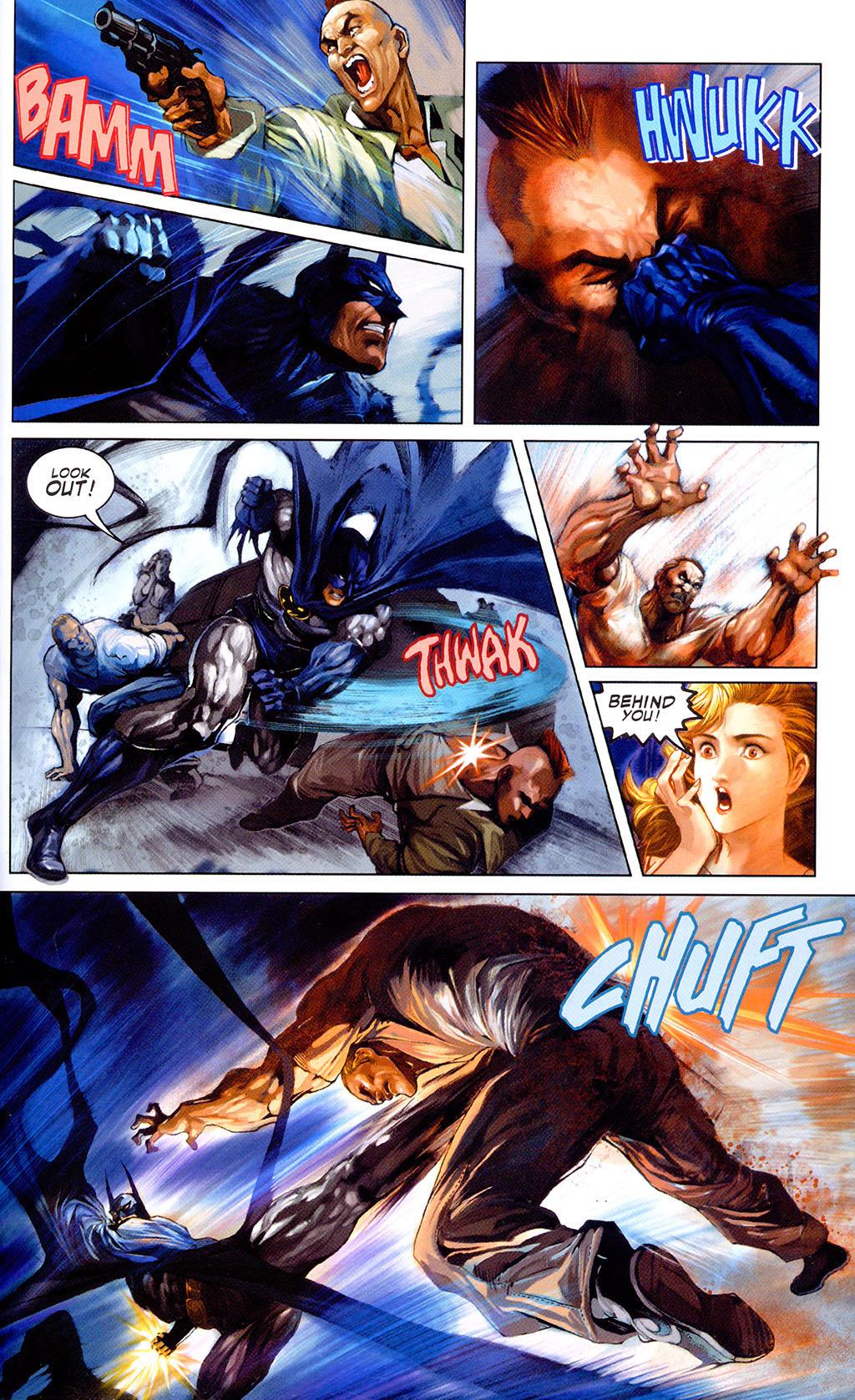 By the time of Hong Kong Doug Moench was an old hand at Batman stories, and supplies an interesting poser to set the scene, pitting Batman in a race against time attempting to trace a snake viewed on live video footage before it kills someone. When a similar murder occurs in Hong Kong, Batman’s on the first plane over to bring a killer to justice.

He’s little known to English speaking comics readers, but in Hong Kong Tony Wong and his studio created a prodigious amount of martial arts comics in the 1990s. Over 200 of them were translated into English and marketed via Jademan Comics, most dealing with mythical and redemptive themes. Wong has a frenetic action style, emphasising rapid activity via jagged panels and speed lines, and the villains of the piece are straight from the school of fanciful martial arts characters seen in Wong’s own comics. So are the dramatic emotional responses, and his interpretation of Batman continues the snake theme, with tendrils of cloak spraying in the wind. Wong also colours his art, and in a neon city Batman has never been so vivid.

The action clips along at a fair rate. Moench takes the Hong Kong action movie as his template, with its dramatic emotional counterpoints and themes of redemption, restitution and revenge. However, don’t expect much in the way of logic as time and again Moench opts for the narrative shortcut that doesn’t make sense. Why does someone reporting a crime merit an audience with Commissioner Gordon? Why go to the trouble of killing someone with a snake and streaming it to their own computer? Who captures the venomous snake after its business is done?

Batman finds more than enough crime to occupy him in Hong Kong, and his presence there inspires someone else, not without talents of their own, to adopt a costumed identity for their own investigations. Moench avoids the cliché of setting Batman and Night Dragon against each other, adds a neat twist to conflict between two other characters, and pulls a couple of surprise revelations out of the hat before falling back on the familiar. Wong’s art ploughs a very narrow furrow, and his battle sequences have diminishing returns.