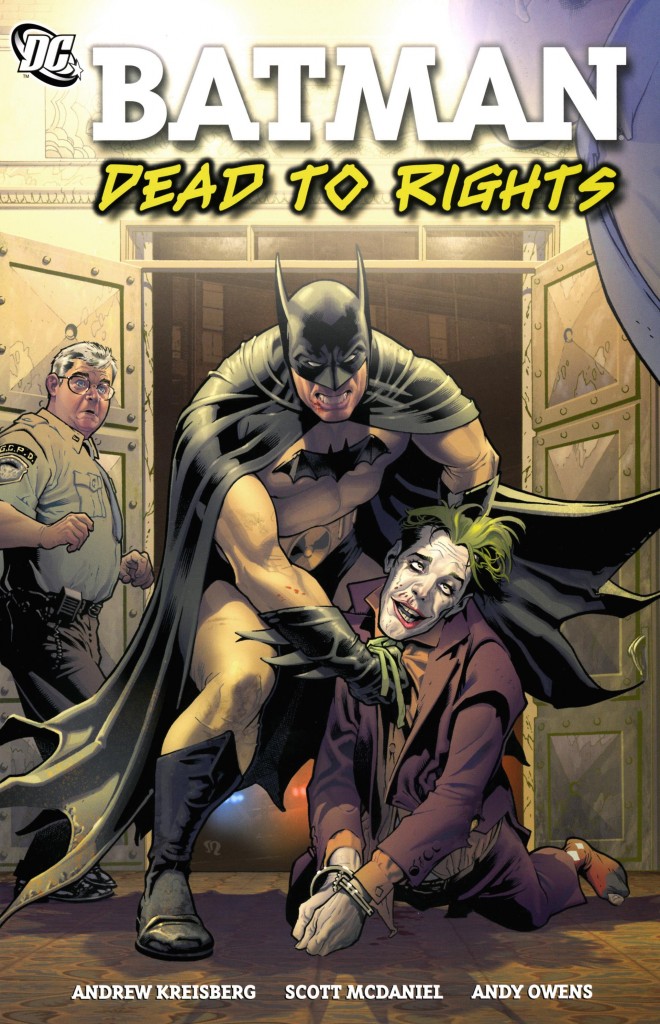 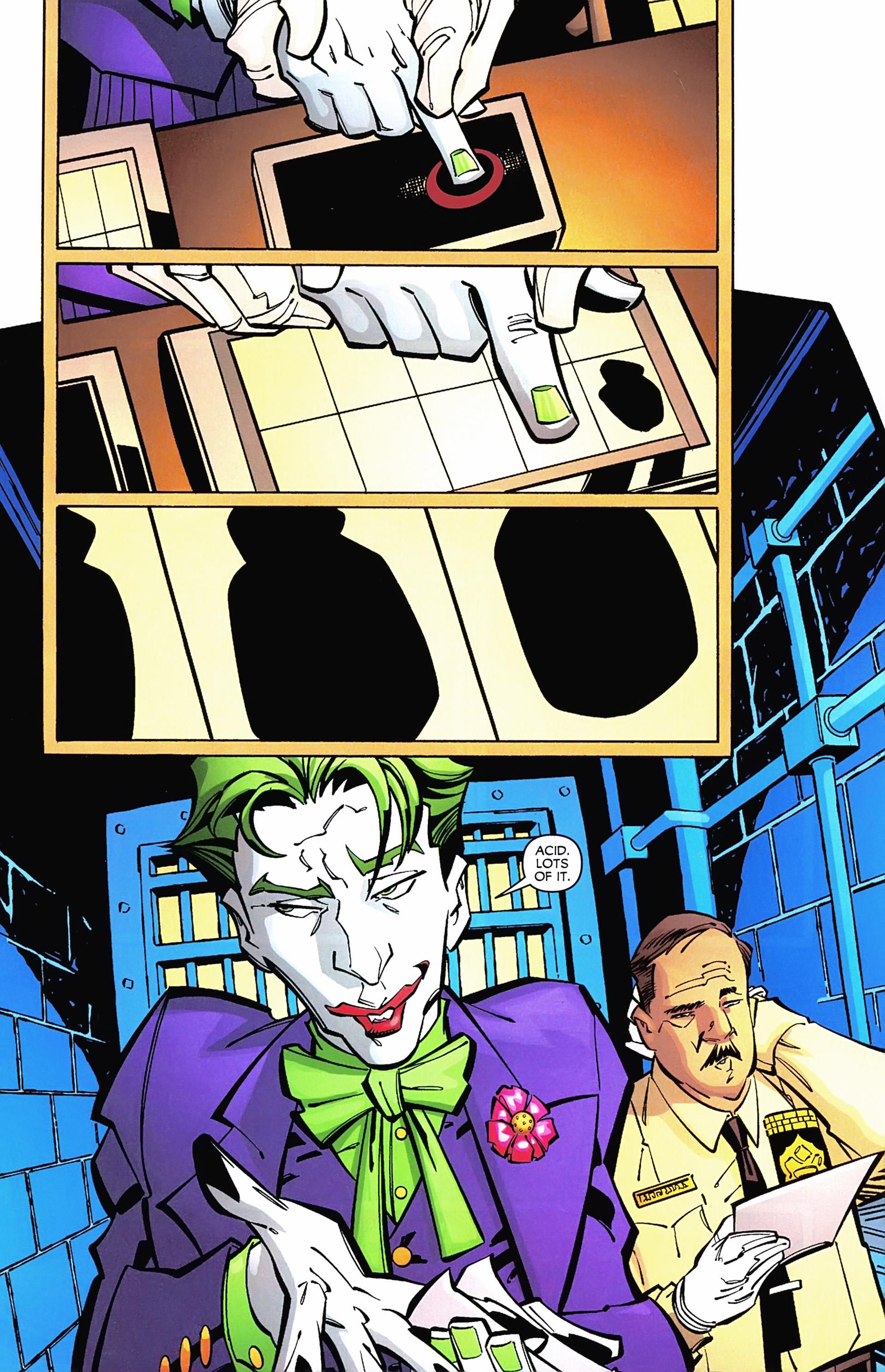 Dead to Rights concentrates on Batman early in his career as he’s just captured the Joker for the first time and deposited him with the Gotham police. At the time the Joker is an unknown quantity despite the murders he’s committed, and he’s accorded the legal rights of any other criminal with devastating consequences.

Several clever elements run through Andrew Kreisberg’s plot, not least the idea that as this is their first encounter with him, both the police and Batman under-estimate the Joker’s sheer psychotic intensity. Early in Batman’s career has been updated to the cellphone era, and a cellphone is central to the tragedy that defines the remainder as we follow the Joker through the legal process of his first trial. There’s a third central character who appears early, his life upended by the Joker and, it seems, one who doesn’t consider due legal process sufficient.

Kreisberg’s characterisation of the Joker is first rate. He rarely stops talking and the dialogue is very unsettling, switching from trivial to deadly threat in an instant, and he’s someone who always adapts rapidly to whatever circumstances he’s in. Despite the jokes, and there are jokes, there’s a sustained cruelty. For the plot to work, however, it requires a fundamental upgrading of the Joker’s capabilities. At times he’s more akin to Marvel’s Bullseye such are the lethal talents he’s endowed with. By contrast it’s unusual to see Batman on a rapid learning curve, as early in his career he didn’t have all the answers.

Scott McDaniel has a loose, angular cartoon style and a storytelling method that’s the equivalent of cinematic jump cuts during action sequences. It’s an approach that works, but in a relatively anonymous fashion. Toward the end of the book, however, there’s a really nice half page of Arkham Asylum at night illuminated by lightning. Yes, it’s been done before, but the angle and composition make it memorable.

Every main character involved undergoes a life-changing experience, meaning there’s no lightness about Dead to Rights. It’s a bleak and downbeat graphic novel with no contrasting light. Welcome to Gotham.