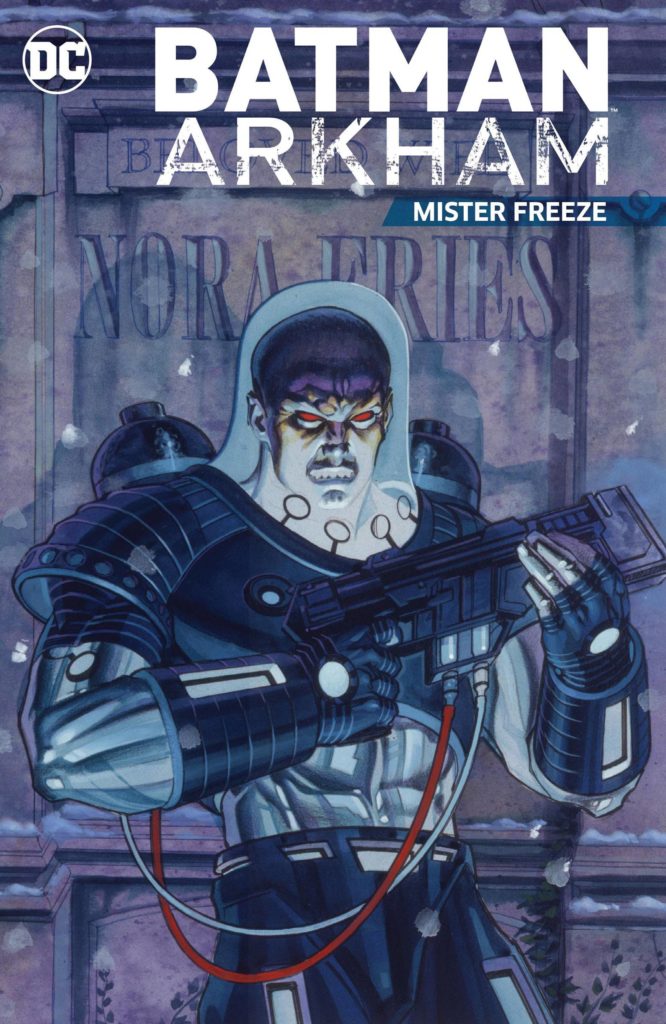 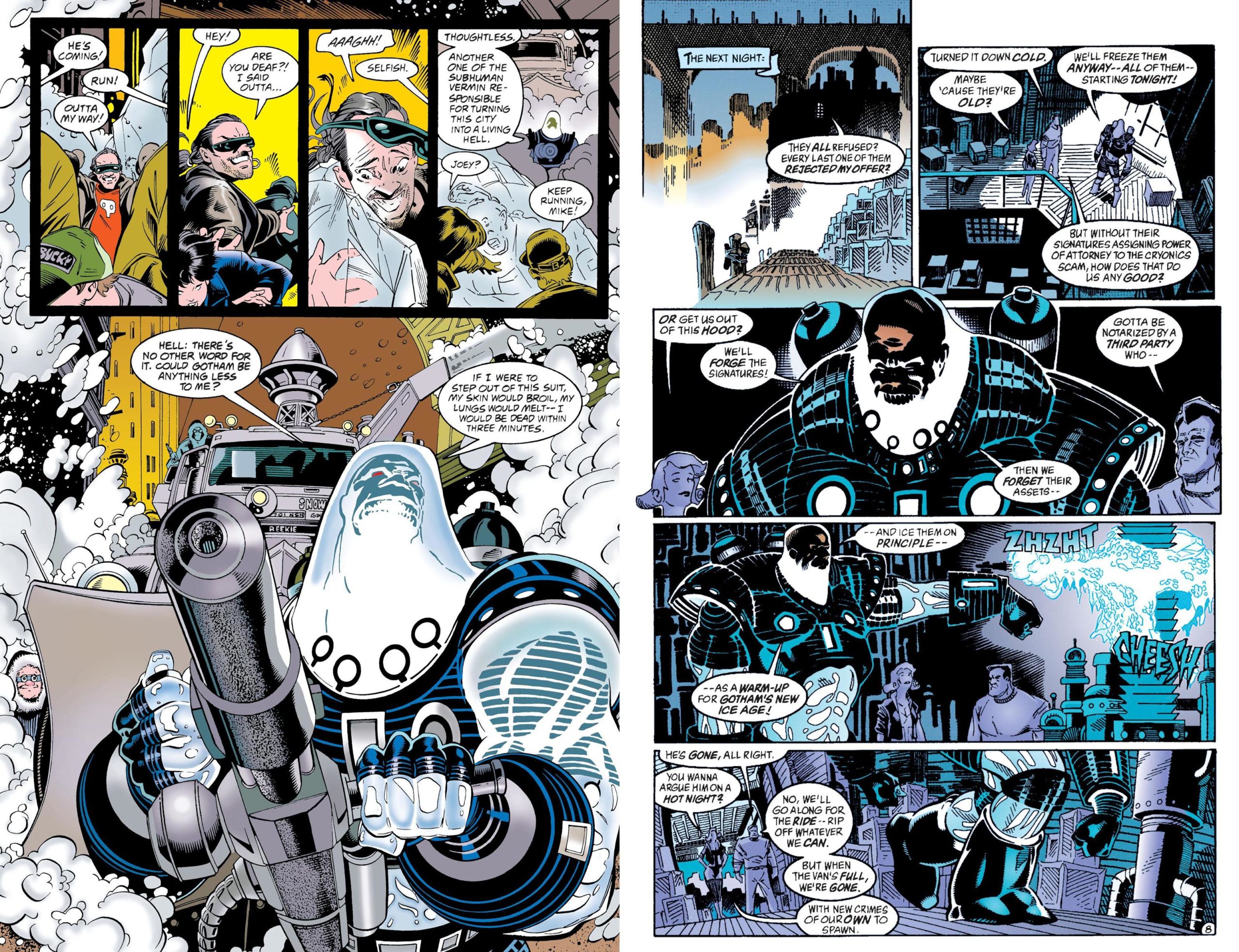 Ten stories spanning 1959 to 2012 provide a fair sample of Mister Freeze over the years. He’s fairly well unique among Gotham’s recurring villains for several reasons. Firstly he’s far more obviously a character created from tragedy, motivated by trying to save his dead wife. Secondly, despite that 1959 story, Mister Freeze as we know him was actually created for the 1960s Batman TV show, the writers seizing on Mr. Zero and his ice crimes and modifying the character considerably. Thirdly, of all Batman’s villains it’s Mister Freeze who transfers most readily into wider gimmick-based super villain culture. The remainder are all slightly off kilter, but Mister Freeze is someone you could imagine taking on Green Lantern or Wonder Woman.

Not his inspiration Mr. Zero, however, who’s really just a prototype. It’s interesting how long it takes for Mister Freeze to evolve the visual identity we know today, starting from a boiler suit and industrial helmet in 1968, moving through early 1980s pale blue and white spandex, and only beginning to model the technologically advanced gear in 1988. In 1997 Mark Buckingham (sample art left) designed a great version. The progression of this material also underlines Mister Freeze as a limited villain. He has to be in arctic temperatures or his functionality rapidly recedes, and this is frequently exploited.

Over the first half of the book the highlights are fragmentary rather than complete stories. John Calnan’s civilian scenes have a surprising elegance, Doug Moench’s music hall poetry is fun, and Paul Dini and Buckingham’s origin story has a pathos. From then, though, the stories are all better, the creators aware of the limitation and either introducing something different, or working their way around it more efficiently. Robbie Morrison and Charlie Adlard produce a form of standoff, while Kelley Jones (sample art right) on Moench’s story of a new scam pulls out all the stops with a dynamic blue and white redesign.

J. Torres and David Lopez restore the classic design Mister Freeze had during the 1990s animated Batman show, with spooky red spectacles, and their piece is entertaining if having their cake and eating it by pointing out the deficiencies of the past, yet still using them narratively. They eventually move to a heartbreaking payoff, cleverly written to have an emotional pull despite what we’ve seen Freeze do. Three’s no great feeling for him beyond villainy in the final contribution, which has some fantastic art from Jason Fabok. And a nice twist at the end from writers Scott Snyder and James Tynion IV.

Gathering so many Mister Freeze stories between two covers dilutes the effect of flashbacks to his youth during individual stories, and variations of his origin are repeated, as are sequences with the wife he’s attempting to raise from the dead. The repetition is inevitable, as his motivations needed to be established for each new audience when the stories were originally run, but they irritate here. Still, as a selection, it pulls just above average, and that ranks it better than a lot of the other Batman Arkham collections.