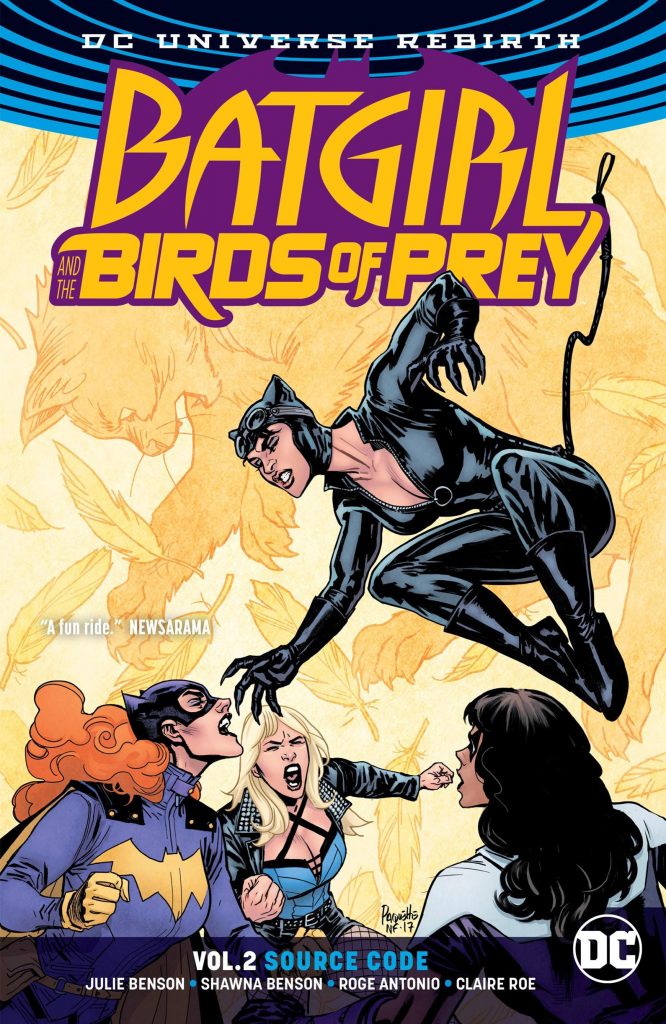 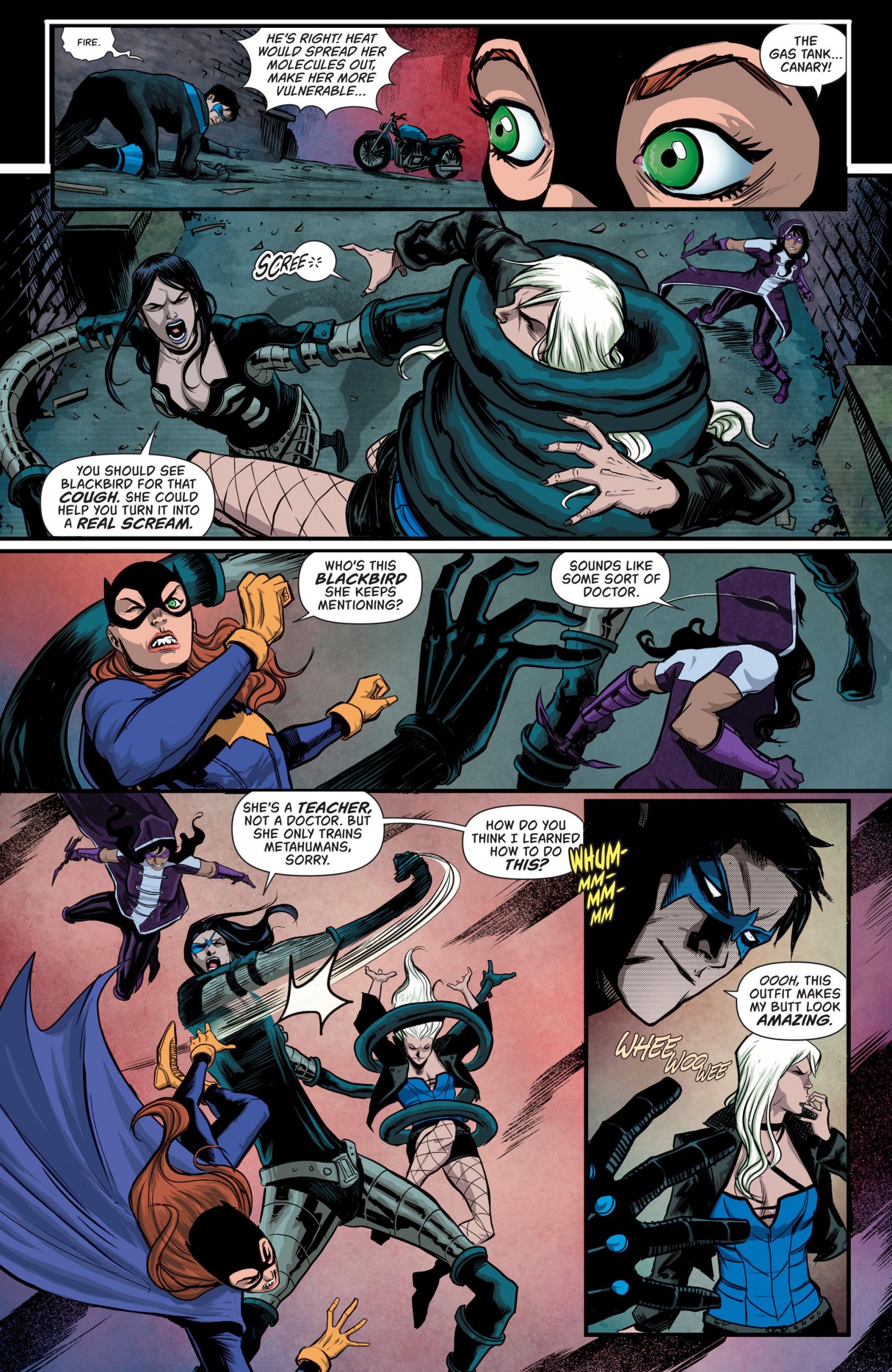 Source Code provides three Birds of Prey stories, two of them running to three parts, and as the cover reveals, the second of those features Catwoman, who has history with Birds of Prey. As we also get to the bottom of Oracle’s problems, everything should be on course for an improvement on the disappointing series opener Who is Oracle? Except that’s not the way it works out.

Writing team Julie and Shawna Benson have read the cast’s old stories, and have tried to remain true to the spirit of the best received Birds of Prey run, that of Gail Simone. They write good dialogue but the plots drag on, and they largely miss the sense of fun Simone managed to install, with attempts at doing this falling flat. A major part of the problem is Roge Antonio, whose pages deliver only the bare minimum required to tell the story. Unless specific items are required for story purposes, Antiono draws people, buildings and computer screens and nothing else. When a swarm of bees is needed Antonio figures a couple of dozen will do. It leaves the Birds of Prey operating in some featureless netherworld, among so many pages that just look dull. Claire Roe may not yet be the finished article, but at least her opening chapter looks interesting.

Still, the writers aren’t doing themselves any favours with ‘Blackbird’, which has Black Canary going undercover to track down someone who’s been preying on villains with super powers. It’s a house built on shaky foundations as not much thought is required to devise other methods not requiring an undercover operation, some of which are unconvincingly explained away, such as Oracle finding no trace. Green Arrow is included for, well, no real reason actually, and while Nightwing has slightly more purpose, he’s largely surplus to requirement as well. It fails to thrill.

The title piece is better, if taking a wild swerve. Anyone who’s read older Birds of Prey can take a reasonable guess at who’s behind Oracle’s problems, but once the full truth is disclosed we’re into a different story, one of ecological research and terrorism. It’s dragged on too long, and not helped by dull art, even with Breno Tamura contributing, but the final page revelations indicate the Bensons are toying with the audience, intended to pay off in Full Circle.