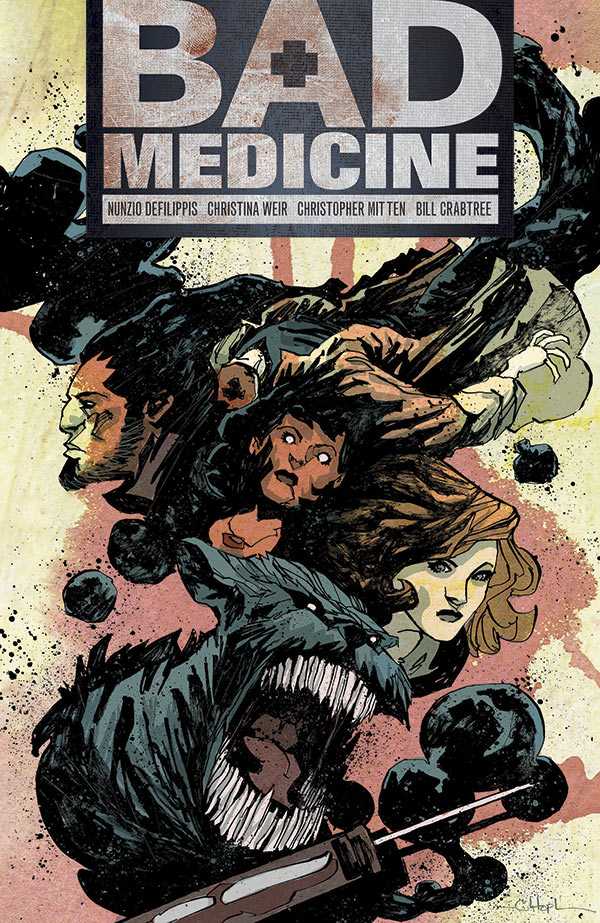 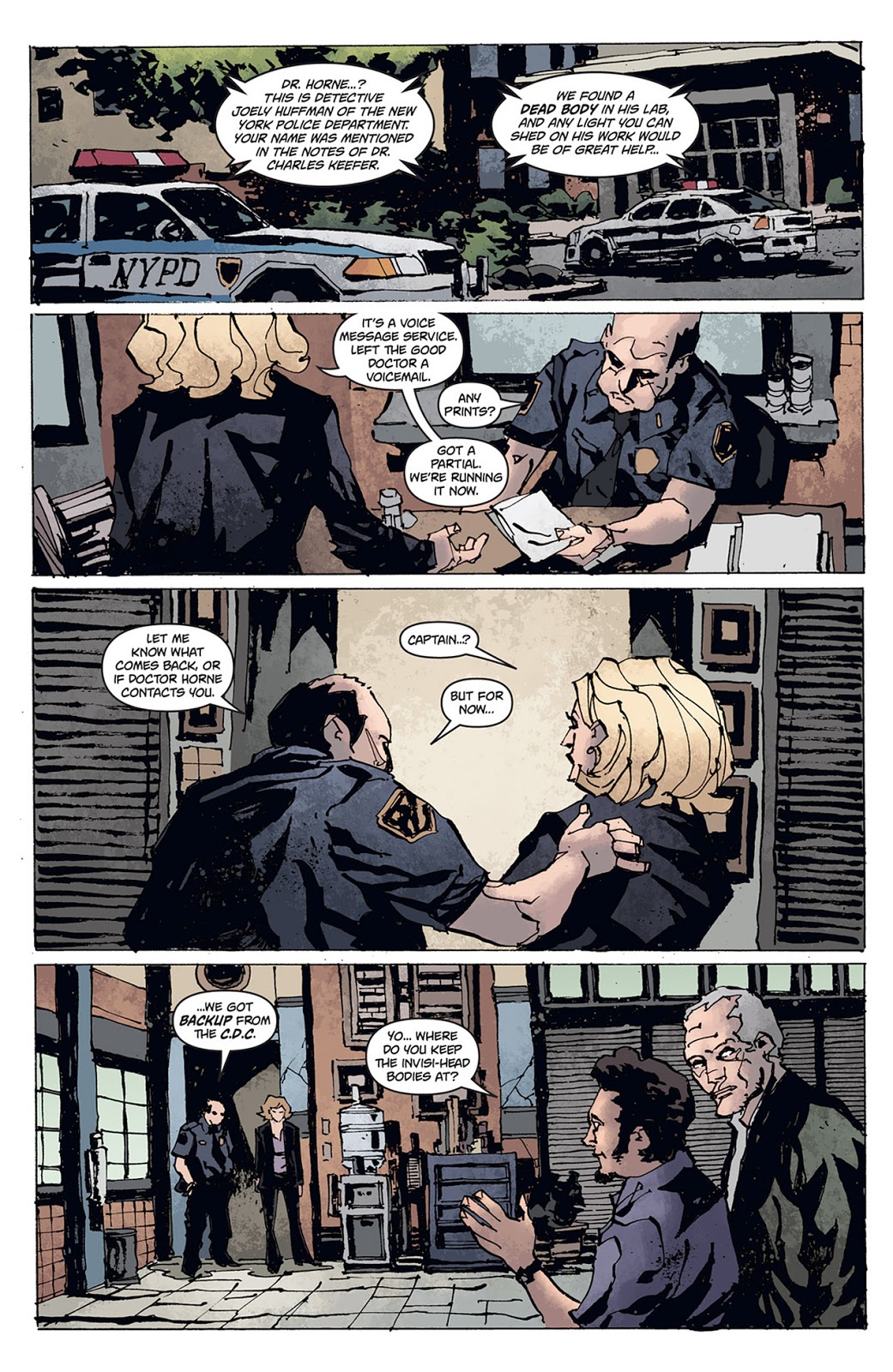 Nunzio DeFilippis and Christina Weir are a proven hallmark on independent projects (see recommendations), so their producing a crime story with a possible supernatural twist is a proposition to set that enjoyment radar to high. They start well, with police detective Joely Huffman being called to a crime scene and presented with what appears to be a decapitated corpse. However, while no-one can see it, feeling around reveals the head is still attached to the body, and after a couple of days it’s visible again.

As promising as all that sounds, the first chapter is rapidly swamped in scientific theory and the introduction of a number of characters intended to be eccentric and wacky, but in practice, plain irritating. The one who steps up into a leading role, Dr Randal Horne, is visually interesting as depicted by Christopher Mitten in dreads and leather, but even he ticks the flaky box well beyond being on a spiritual quest since being responsible for the death of a patient. The dull explanations are top-heavy, but it’s worth sticking the distance as Bad Medicine picks up, and there’s a fascinating wild card. It’s a person no-one knows is hanging around unless they choose to reveal themselves, and that leads to a pleasing uncertainty.

While not exactly promoted as such, it turns out after two chapters that this isn’t a complete story, but a combination of two featuring a recurring ensemble cast. The title comes into play because the investigations concern possible infections, but the twist is their resulting in conditions more usually found in horror books, comics and films. The team run into an entirely natural scepticism from the wider public and most in authority, except there are some in authority who do believe and see exploiting possibilities a greater priority than ensuring justice.

Mitten draws creased individuals with pointed chins, and sets them in blotchy backgrounds, but he varies the viewpoints for conversation-heavy stories, and when the shocks come they’re all the more effective for his restrained style. Bad Medicine needs to be set in a recognisable world, and Mitten provides it.

DeFilippis and Weir keep the pages turning, and in almost every case they’re a step ahead of what readers think will happen. This has the feeling of a viable TV show, but sadly never ran beyond the five chapters here. They’re good enough to investigate all these years after publication.