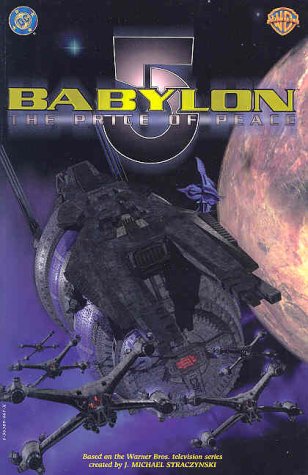 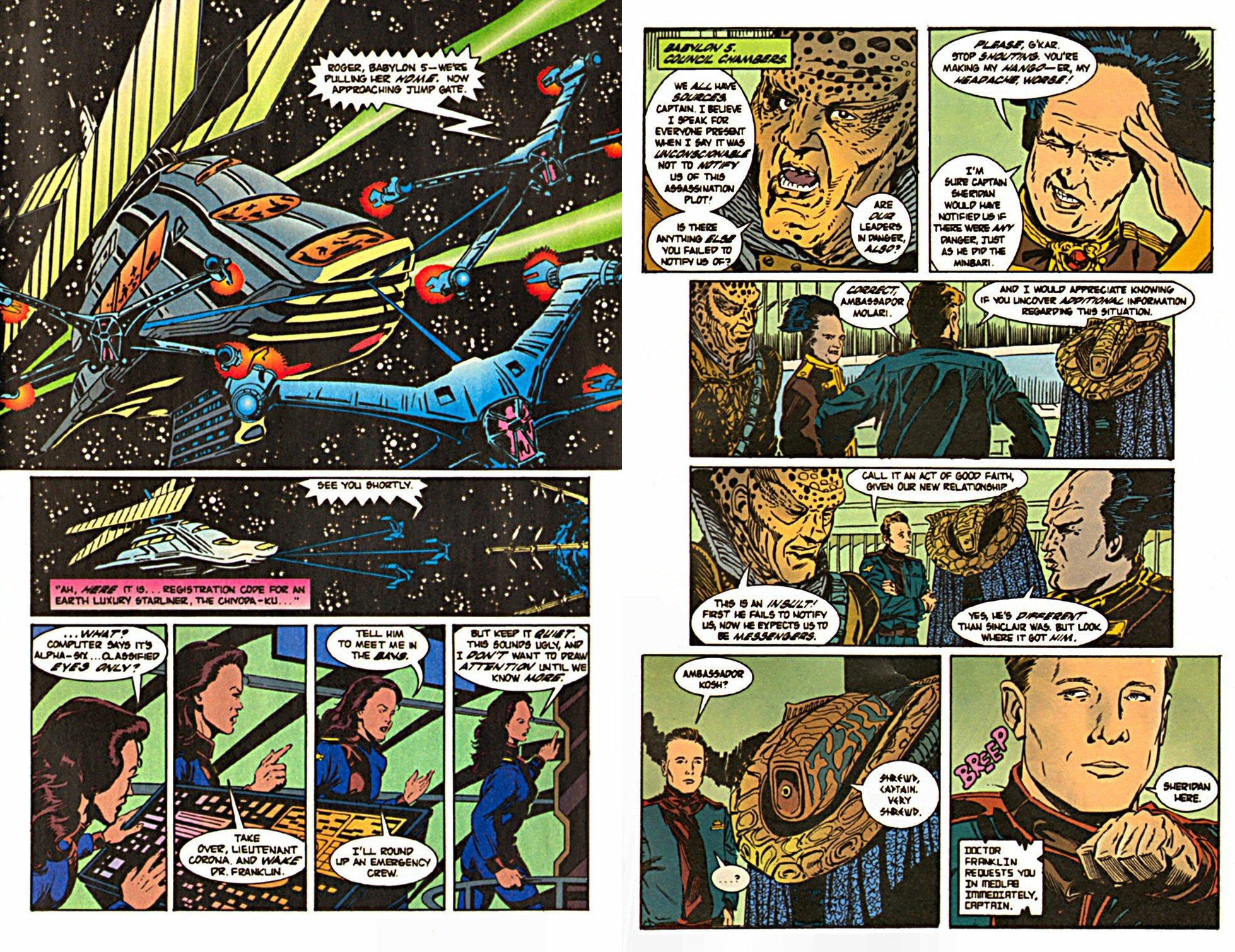 These original stories take place around the early days of the TV show’s second season. Unable to fit much detail into the series about the abrupt change of command at Babylon 5 between seasons, series creator J. Michael Straczynski takes the opportunity of the opening story to show why Jeffrey Sinclair is no longer in charge. It took a while to cover on the show, and then without as much background, and it features President Clark as a supporting character, much mentioned on the show, but rarely seen.

Afterwards Mark Moretti takes over the writing, working his plots around events then contemporary in Babylon 5 continuity. The revelation of Delenn’s new look is worth a full page, for instance. His plot is good, showing Sinclair’s difficulty in his new government appointed role on Minbarr while having a rogue assassin roaming Babylon 5. Moretti also fits in plenty of hints that all is not well on Earth, so pointing toward the future of the series would take.

Three artists work on the strips. Michael Netzer’s art veers wildly between some interesting layouts and some downright sloppy pages, with his cast likeness very much approximations. What he seems to enjoy drawing most is the assorted distinctive spacecraft used in the series, and some of his full pagers of these are spectacular. The sample art (left) shows him at his best and at his worst, very heavy on the inks in places, and he also seems to have used an early form of cut and paste. Netzer’s hardly helped to look his best by the primitive colouring. Carlos Garzon on the next two episodes is a welcome change, with more imaginative layouts, and illustrations of people that actually look like the Babylon 5 actors, if sometimes with unusually pronounced foreheads.

The first four chapters here were collected in a British edition just called Babylon 5. John Ridgway illustrates the final story, absent from that edition, and which echoes the short propaganda pieces that sometimes featured on the TV show. This one puts a friendly spin on the Psi-Corps telepaths, touring the Babylon 5 universe, revealing the history of the organisation. TV writer Tim De Haas covers the bases, and Ridgway’s good except when it comes to cast likenesses.

Babylon 5’s time has now passed, but for anyone who’s discovered the series late and wants some extra background, The Price of Peace will entertain if the expectation level isn’t set too high. The series continues with Shadows Past and Present.