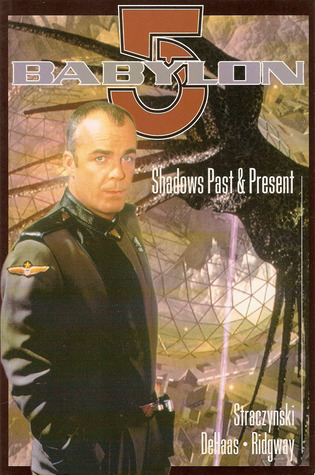 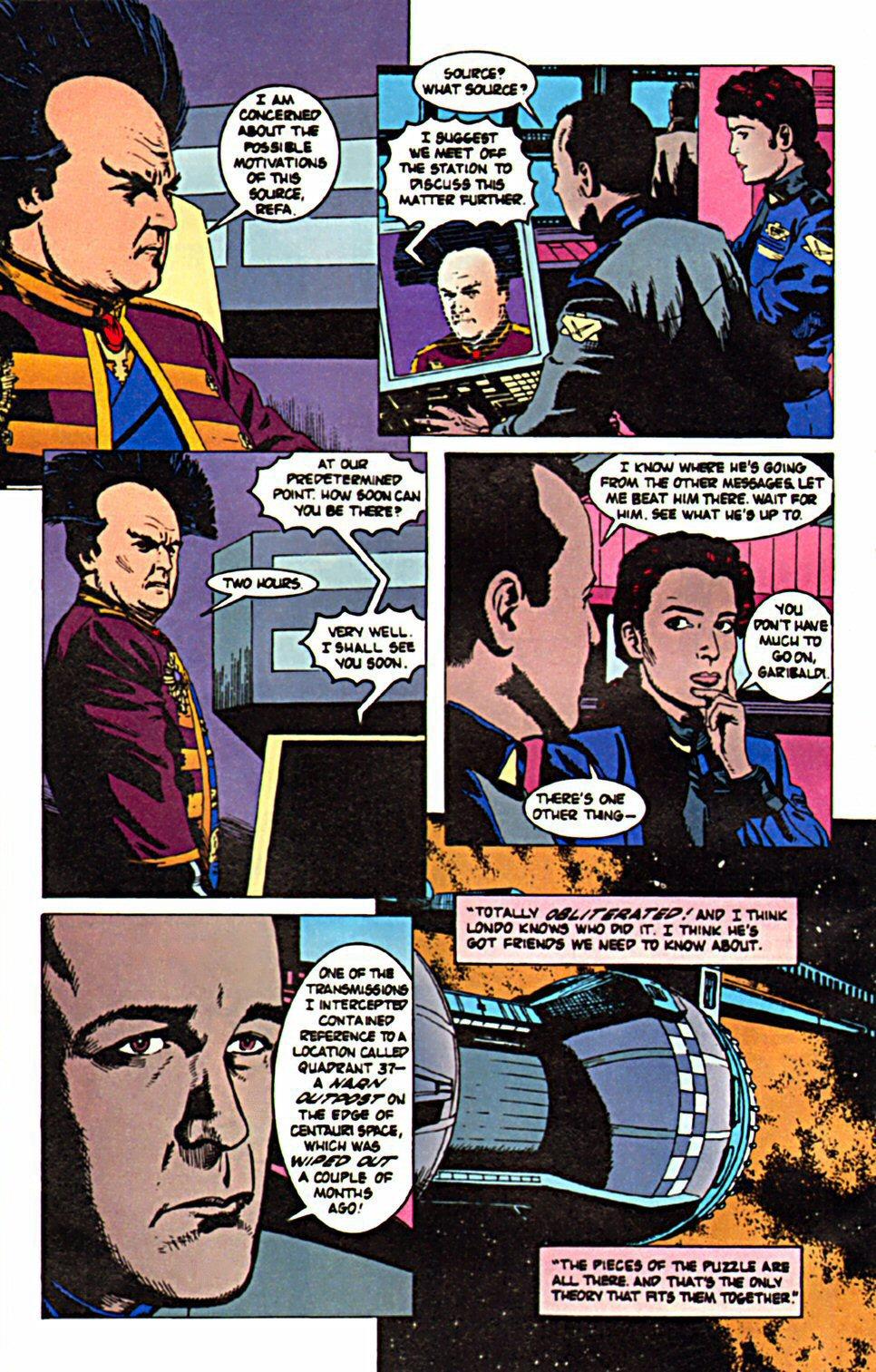 When the Babylon 5 comics were published in 1995 they were deliberately contrived to tie in with events in the ongoing TV series, with creator J. Michael Straczynski closely involved. He provided the plots for Tim De Haas to work with, expanding on events from the TV show. It provided a pleasing immediacy at the time, but with so long having passed since the TV show was aired, the nuances of Shadows Past and Present don’t connect in the same way.

The story takes place early during Babylon 5’s second season, Centuri Ambassador Molari has already made his fatal compromises with the Shadows, and Security Chief Garibaldi is suspicious, but doesn’t yet have the close and trusting relationship with Captain Sheridan that would develop. Garibaldi’s investigations see him stranded on a planet after an encounter with an immensely powerful and previously unknown alien craft. Running in parallel with this, and in some ways mirroring the circumstances, Garibaldi tells the pilot who accompanied him about his first meeting with former Babylon 5 commander Jeffrey Sinclair.

John Ridgway’s artistic contribution is mixed. He’s excellent with the locations and aliens, but Babylon 5 depends on likenesses of the TV cast, and with them he’s more patchy and can’t nail down Garibaldi at all, which is a problem as Garibaldi is the primary figure. Ridgway also has difficulties with Ivanova, but his version of Londo is picture perfect.

The story of the past is more captivating than the events of the present day, when Garibaldi is sober and reliable, if still a maverick. There’s greater leeway and tension in the past when he’s an alcoholic deprived of alcohol. Bablyon 5 fans with the plotlines imprinted in their memories will enjoy this far more than anyone picking it up cold, who’ll be getting a fairly average science fiction story with some broad personality touches. On the other hand the likeness difficulties won’t matter. One final Babylon 5 graphic novel appeared, In Valen’s Name.