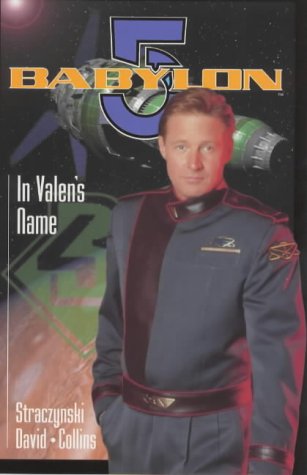 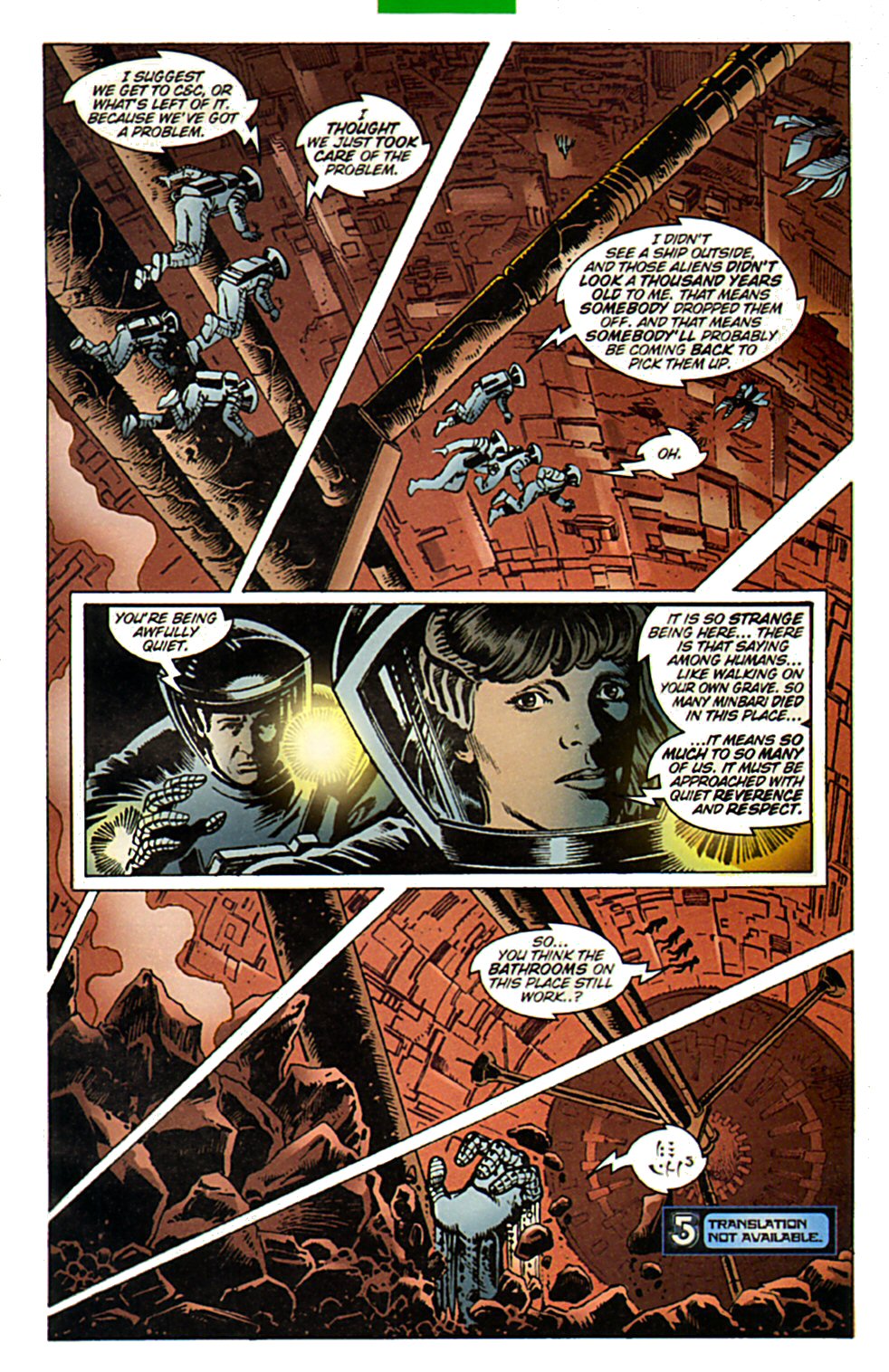 In Babylon 5 continuity the fate of the Babylon 4 space station pretty well underpins the entire series. J. Michael Straczynski’s clever plot around it explained why the Earth/Minbari war ended, who the legendary Minbari leader Valen was, how the Shadows were defeated the first time round, and the fate of Commander Sinclair. The reason the single space station could encompass so much was due to it being lost in time, and manifesting very occasionally in the present day. It’s turned up again.

In Valen’s Name is Straczynski tying up some loose ends that weren’t possible in the TV show, where the present day cast had to be the primary focus. They appear, the present day plot trapping the Babylon 5 command staff on a ship likely to crash into a planet within 24 hours, but act more as a framing sequence as we discover how Valen rallied a fractured Minbari society a thousand years earlier.

Of all the Babylon 5 graphic novels this has the most appropriate art by some distance. Perhaps channelling his inner astronaut, penciller Mike Collins is credited as Michael. His pages allow the cast room to breathe, also emphasising the vastness of their surroundings, and the cast likenesses he and inker David Roach create top those by any other artist to work on the series. The aliens involved look suitably threatening and sinister, and as the historical records forming much of the story need different narrative voices, Collins varies the design of the pages to distinguish them. One set are depicted in round panels, for instance.

From the second chapter Peter David scripts over Straczynski’s plot, very adroitly, and familiar with the cast having also written for the TV show. An interesting dilemma evolves from the interpretation of spiritual teachings, but otherwise too little of In Valen’s Name has any spark. Straczynski and David are good enough writers to ensure there’s tension, but much of the story will only be of interest to people desperate to have gaps filled in about Babylon 5. Perhaps they’ll know who the Catherine mentioned is, and the significance of the ending.