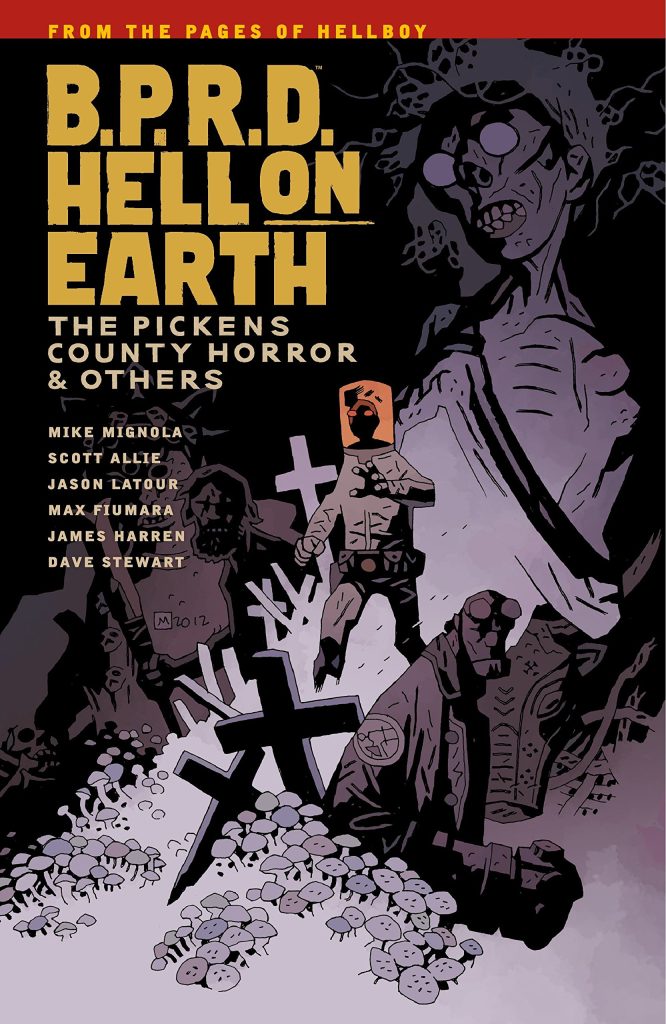 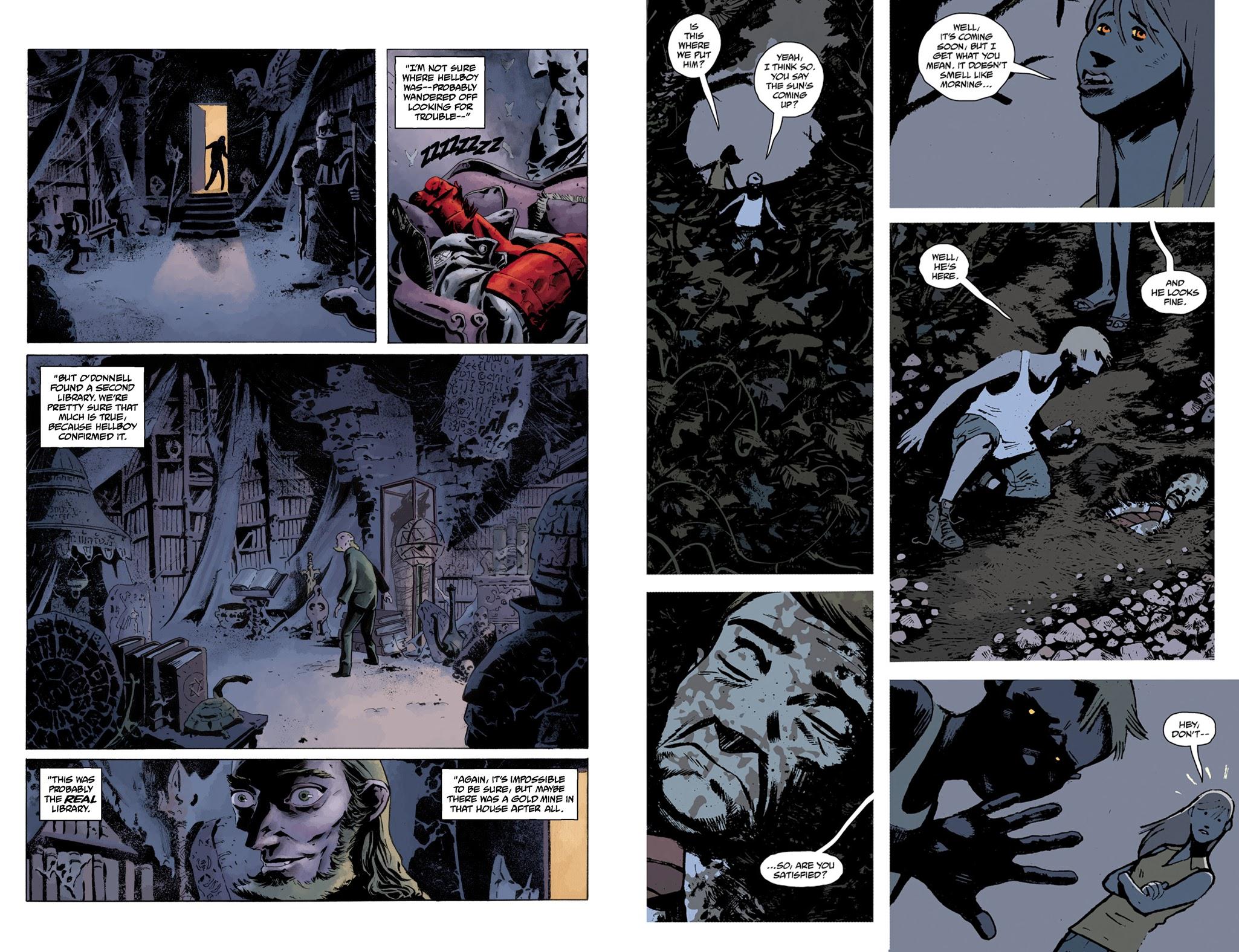 Every successive volume of Hell on Earth brings into greater focus the changes instigated for the re-boot. One is greater importance of the human agents working for the B.P.R.D. Kate Corrigan is an obvious exception, but previously they’ve very much tended toward cannon fodder, few ever given more than a couple of lines of dialogue. During Hell on Earth they feature regularly and in larger roles, with their presence enabling greater tension. Because they are few in number, B.P.R.D.’s leading characters tend to survive horrific encounters, although primary writers Mike Mignola and John Arcudi hardly give them an easy ride, but building up the supporting cast a little further and removing the safety net allows for permanent change if required. Working the B.P.R.D.’s front line is dangerous, unpredictable and has consequences, and the three stories collected here bring that out.

Scott Allie collaborates with Mignola on everything, with James Harren, Jason Latour and Max Fiurama on art. Fiurama’s style moves completely away from the Guy Davis’ B.P.R.D. template, and is at first notably well drawn, but uncomfortable, like trying on a new shirt in a favoured colour but styled differently (sample left). He favours odd angles, exaggerated people and stretched faces, but conveys the disorientation of meeting the impossible head on. A nice touch is the story’s ending hinting at possible troubles to come.

Latour draws the title story well enough, but his exaggeration is inconsistent, and therefore distracting (sample right). Mood here is everything, and that’s also inconsistent, although it’s far from the strongest story Mignola’s provided, one of mysterious, ghostly vampires and a researcher, their unreality viewed through the eyes of an unwilling guest.

It’s ‘The Abyss of Time’ that proves the most memorable, surprisingly so as it’s the greatest departure from the standard B.P.R.D. adventure, although does feature ancient horrors struggling to break through to Earth. In the notes at the back of the book Mignola mentions having wanted to do a caveman story for the longest time, and this is it. Because it’s been so long in preparation Mignola’s designs are more prevalent than usual, but Harren’s illustrations the power and strangeness. The switch midway through is nicely handled, as is an ambiguous ending.

There’s going to be enough variety of horror here to satisfy without extending that bit further, so this isn’t the random B.P.R.D. collection to pick up even though everything can be read without much understanding of the background. It’s back to the main plots for The Return of the Master. Both are also found in the bulkier collection B.P.R.D.: Hell on Earth 2. 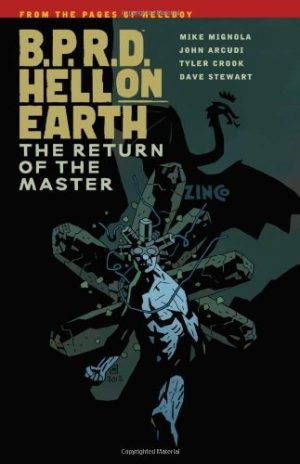 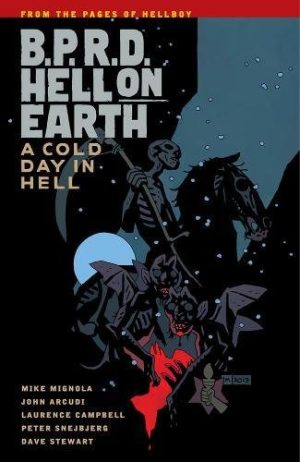 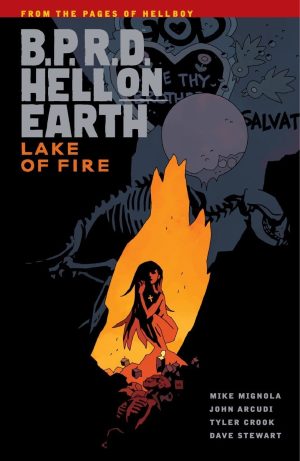 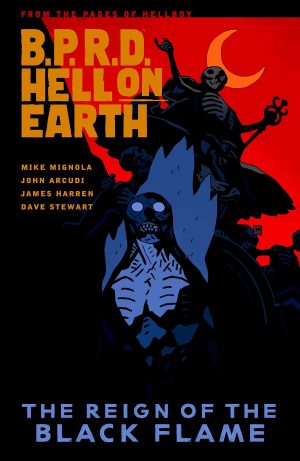