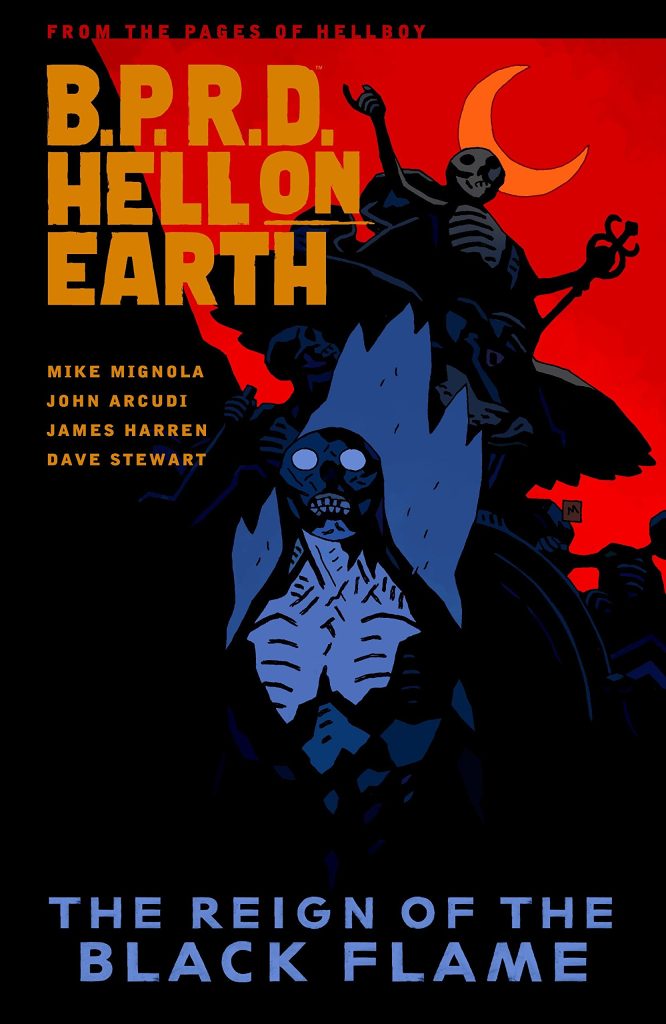 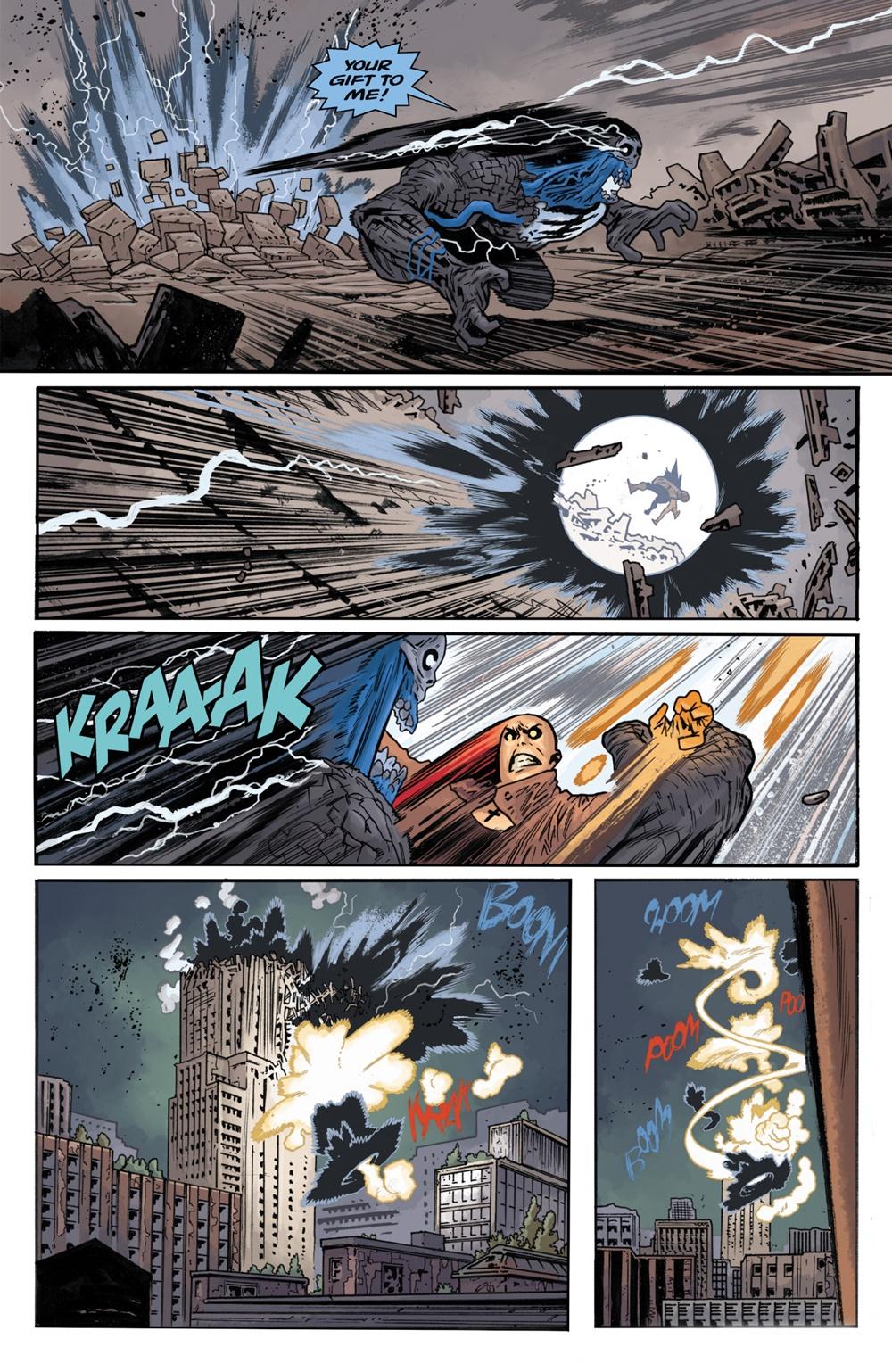 Variety has always been a key appeal to B.P.R.D. All stories are set in the same world and almost all broadly fall into the horror or supernatural classification, but within that there are vast differences. Anyone who feels Mike Mignola and John Arcudi have concentrated too much on quieter, less action-oriented storytelling over the past few volumes ought to love everything exploding in The Reign of the Black Flame.

Time passed rapidly during Lake of Fire, when it was noted that while communication with other areas of the USA infested with monsters is possible, nothing at all is coming in or out of New York by road or sea. Investigative teams aren’t coming back either. Kate Corrigan believes the best chance of discovering what’s happening lies with sending in two teams via different routes and having them meet in Manhattan. The result involves almost every character seen in the Hell on Earth series to date and still alive to talk about it.

The first half has the tension of Snake Plisken’s troubles in Escape From New York, but with the danger amplified well above men with guns, while the title indicates one of the series’ most threatening villains awaits.

If Tyler Crook was going to leave B.P.R.D., then James Harren’s artistic improvement means a viable successor was already in the wings. Mignola now seems to operate like an experienced manager of a football club reliant on selling players, yet already knowing who’s stepping in when a big club poach the current star. Harren provides an excellent redesign for the Black Flame, more complex, but even creepier, and convinces with every aspect of a fast-moving thriller.

It’s been a long time since B.P.R.D. has seen an action blow-out like this, and for the most part it’s great. The crab monster in the tunnel is great, Howards is great, and Liz is great. In terms of the overall plot there’s considerable movement, and the price paid for hubris on one side is obvious, but equally applies to the other. Amid the violent, sprawling chaos there’s a place for quieter, but telling scenes. Iosef has some massive moments, but remains a conflicted character harbouring secrets. As actions speak louder than words the jury’s still out, but it could be helping the B.P.R.D. feeds into playing the long game. We’ll see, possibly in The Devil’s Wings.

The Reign of the Black Flame is also the final work in the collected Hell on Earth 3. 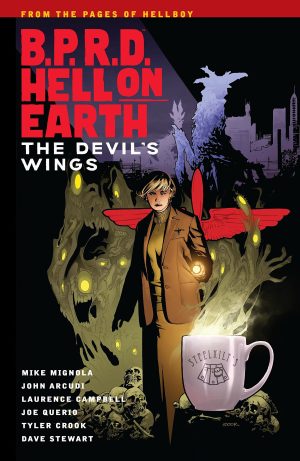 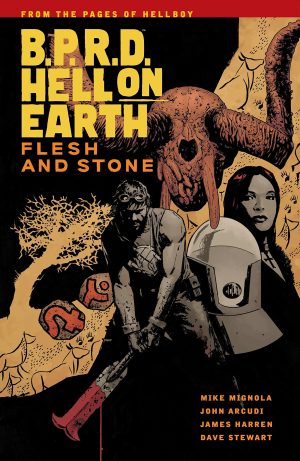 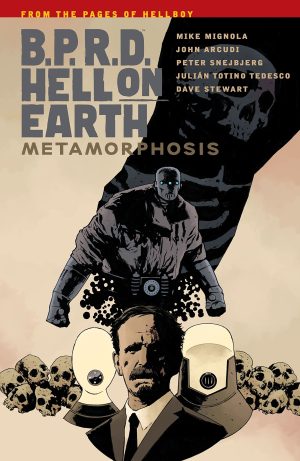 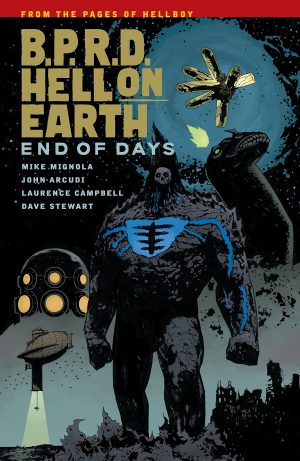