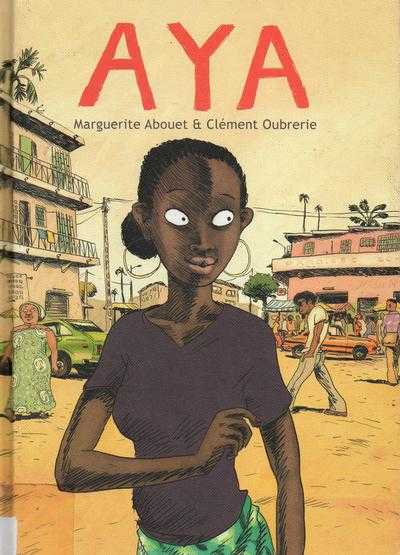 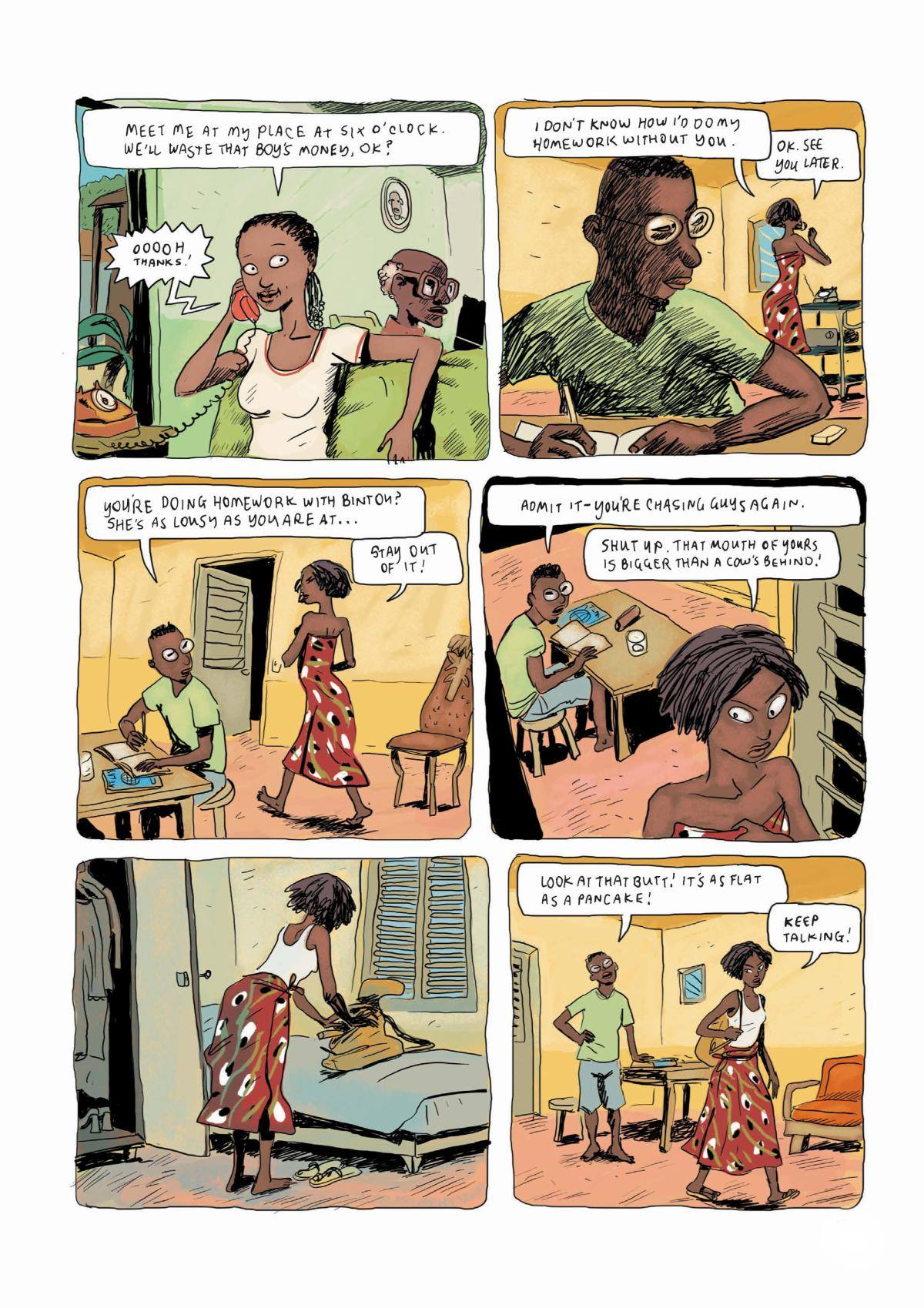 Aya is an utterly joyful comedy drama channelling author Marguerite Abouet’s memories of family life growing up in Ivory Coast’s capital city Abidjan, in what was during the late 1970s one of Africa’s most prosperous countries. The connection between author and her lead character, nineteen year old Aya is seemingly heightened via the use of a first person narrative, but Aya isn’t Abouet, just an amalgam of assorted people she saw when younger.

In interviews Abouet has noted her dislike of the consistent narrative about Africa in Europe and America of always being one of need and trouble, and in Aya she ensures what’s presented is a story about ordinary people enjoying their lives. Those lives reflect what girls of a similar age in Paris or New York at the time would be experiencing, with fun a high priority, although Aya is more studious than her friends Adouja and Bintou. Where life differs greatly is with the attitudes regarding what a woman’s place ought to be, with aggressive advances from men, and her father greeting Aya’s announcement she wants to be a doctor with a speech about women not going to university.

Although a large cast is featured, Abouet ensures we come to know them quickly, and Clément Oubrerie’s cartooning ensures everyone is distinctive. It’s rich in personality, and captures a place that’s largely familiar enough to be anywhere, yet still has a strangeness about it. The homes aren’t Western homes, people shop at markets, and at night teenagers meet each other at the empty market tables. Oubrerie brings this to life, needing to be adaptable as Abouet switches between the cast and their various occupations. Aya might be the title character, but she’s one of an ensemble in a twisting drama that finds the space to explore around a dozen lives.

The central complication becomes a pregnancy, cleverly written so that it spills out to affect a fair quantity of the cast in one way or another. If there’s a problem with Aya in isolation it’s that some subplots seem to lead nowhere, that of Aya’s father’s new job and Herve’s relationship being two, but Aya is a continued series, and although this is a long book, matters remain to be settled in Aya of Yop City. Alternatively both are collected along with The Secrets Come Out in Aya: Life in Yop City. 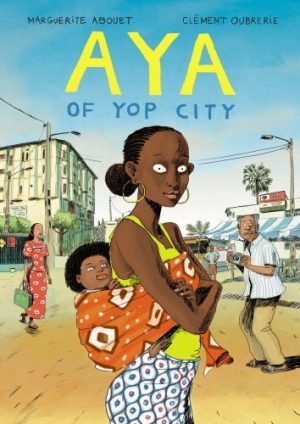 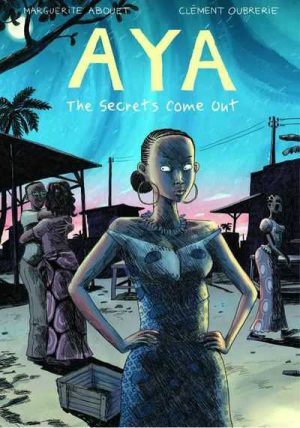