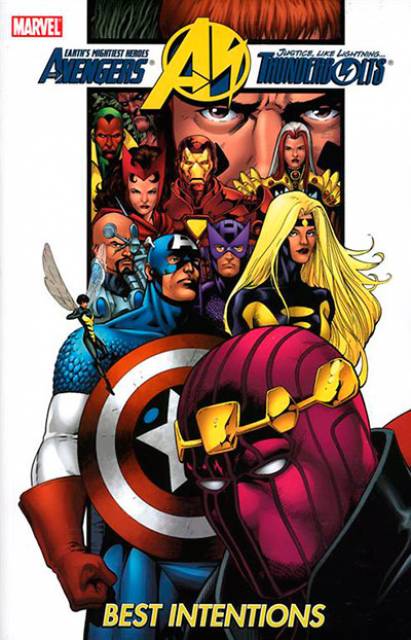 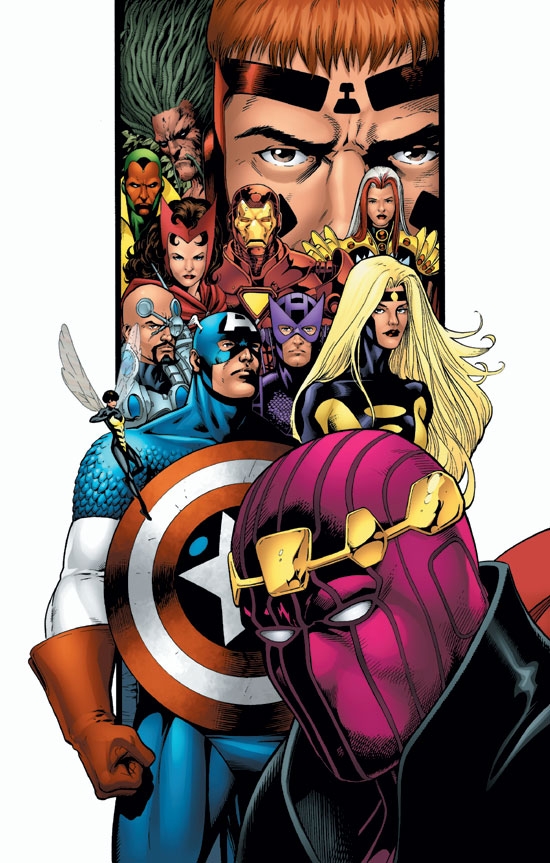 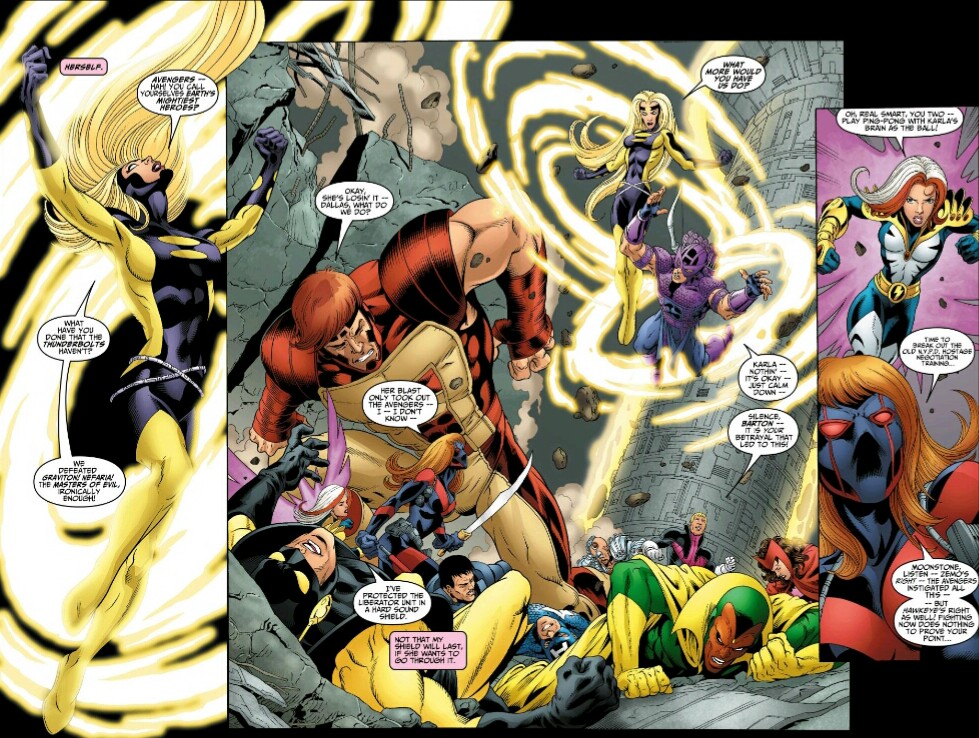 In 2004, two years after ending his stint as regular writer of The Avengers, and a year after scripting JLA/Avengers, Kurt Busiek returned one last time to Earth’s Mightiest Heroes, collaborating with Fabien Nicieza for a second teaming of the Avengers and Marvel’s team of not entirely trustworthy ex-villains, the Thunderbolts. At this point the latter team were without their own title, while the Avengers were continuing, but no longer written by Busiek, rendering this more of a Thunderbolts title than an Avengers one – it’s certainly more significant for their further continuity.

It’s a pretty dismal affair. Baron Zemo has a scheme, which may be prompted by good reasons, or may not. Or is Moonstone the real villain? Does the reader really care? None of the featured Avengers (a very white selection) act in a particularly likeable fashion – indeed, it’s almost as if they’re not the same characters Busiek wrote two years earlier. Captain America comes off particularly badly, being almost psychopathically hostile to Baron Zemo, though there’s a coda tacked on to try to justify his actions. Tony Stark, who has spent much of his life pretending to be someone else, is caught out when impersonating the Cobalt Man. There is constant distrust between Avengers and Thunderbolts, which results in pointless fight scene after pointless fight scene. As for the climax – well, it depicts a fairly typical fate meted out to female characters who get access to too much power (q.v. Phoenix and the Scarlet Witch), as Moonstone’s mind is shut down. Apparently it was The Only Way. Note that this sort of thing rarely applies to Doctor Strange.

Only in the very final scenes is there any sign of what once made Busiek’s Avengers stories so enjoyable. How much of what appears is Busiek and how much is Nicieza is difficult to tell. Unlike their previous Avengers/Thunderbolts collaboration, The Nefaria Protocols, where each wrote alternating chapters, here they are co-credited on all six chapters. The suspicion is that, since this is more of a T-Bolts story, and Nicieza was their last regular scripter, there is more of him here than Busiek.

The artwork is by Barry Kitson at first, and then by Tom Grummett, with Gary Erskine inking throughout. Neither penciller is terrible, but neither is particularly exciting either. Kitson has a few of the sort of anatomical distortions that were popular in superhero comics of the late 1990s and early 2000s, though he’s hardly as bad an offender as Rob Liefeld. Grummett lacks those, but his layouts are bland – they try to be dynamic, and sometimes succeed, but really, for the most part you’ve seen it all before.

This is far from essential, even for the most dedicated Busiek Avengers completist, but fans of the gratuitous superheroine shower scene will find Moonstone here starring in a somewhat over-extended example of the genre.