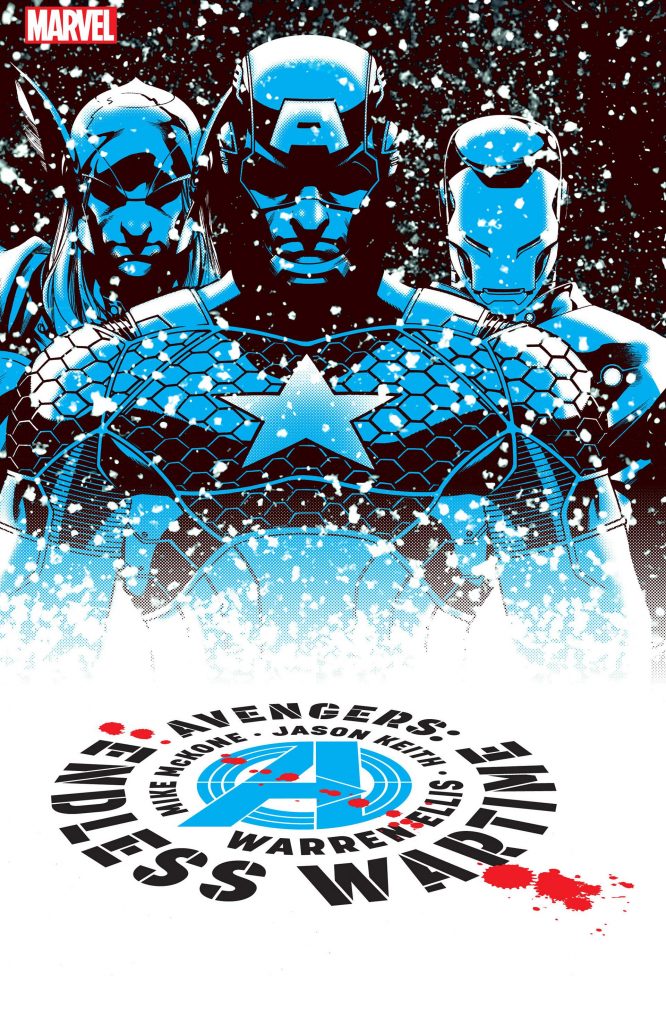 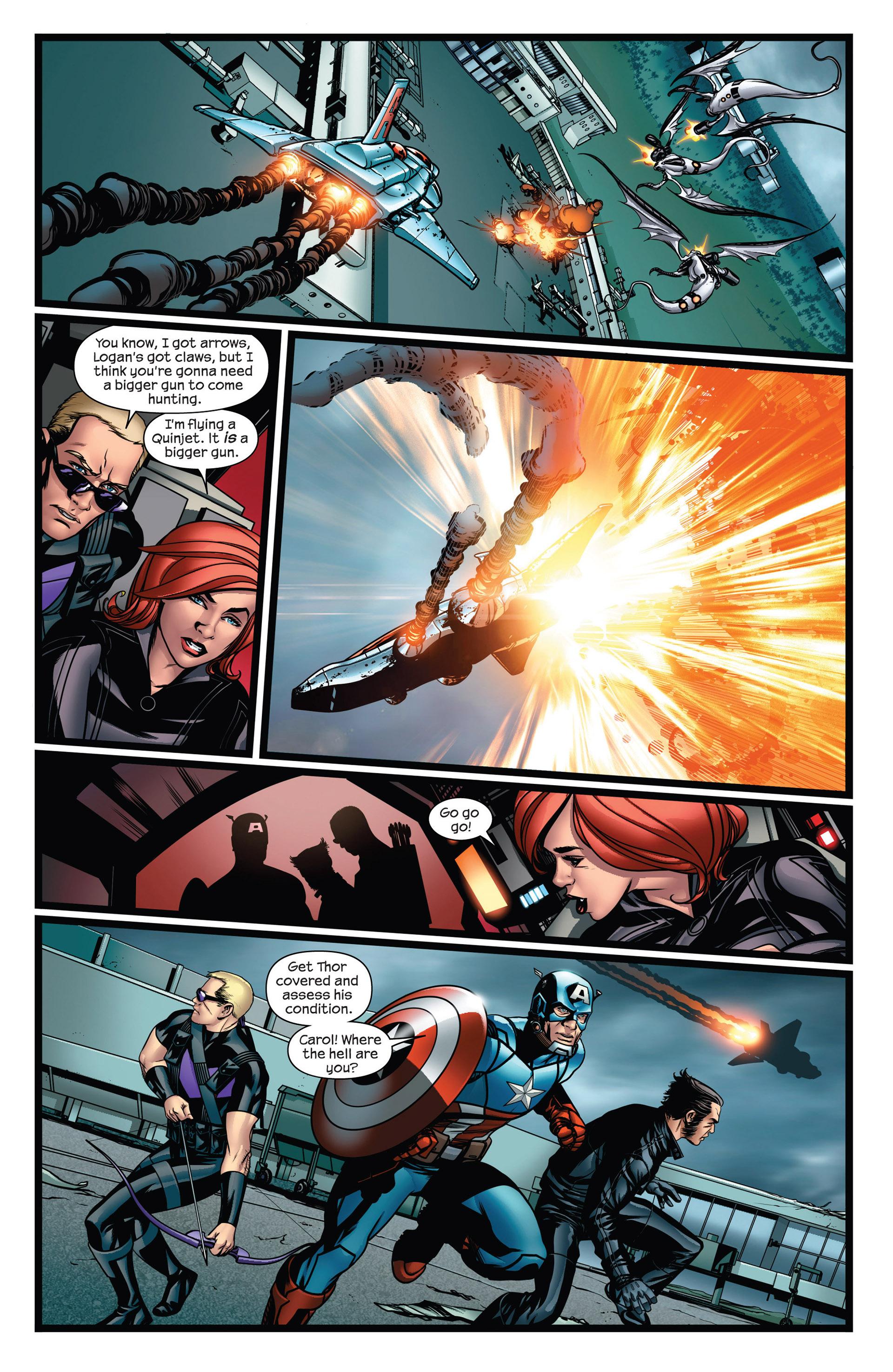 There’s an intentionally cinematic approach taken to Endless Wartime, with big topics, big action and big heroes. American technology shot down over the middle-east warzone of Slorenia comes with origins that sets alarm bells ringing for Captain America, who recalls terrifying advanced engineering being employed toward the end of World War II, technology he was lucky to escape. Information supplied by Thor indicates mythical origins, the spawn of a creature he long defeated.

Endless Wartime launched a new line of Marvel graphic novels, self-contained stories not first serialised as comics. The marketing value is clear. Warren Ellis surely wouldn’t sign up to write the Avengers regularly, but a notable writer known for his creative inspiration could craft something worthwhile in 110 pages. Pair him with an accomplished and under-rated superhero artist like Mike McKone and the result will surely be worth reading.

Sadly, good intentions notwithstanding, on this occasion Ellis doesn’t really deliver. He takes an inordinate time, almost half the page count, to establish the threat as the Avengers banter with each other. This never convinces, and on occasion almost devolves into caricature. Too many of the cast are given glib lines, but much of this edges nearer contempt than camaraderie. Ellis is at his best when reeling out the unvarnished sincerity of Captain America, whose captions have some resonance.

McKone holds his end up. He designs suitably menacing and abstract lifeforms representing their combination of mystical and scientific origins, and poses the individual Avengers well, in action-oriented page compositions when he finally has the chance. By the story’s conclusion McKone is delivering some stunning pages.

It’s the final quarter of the book that’s the most interesting. Here Ellis starts throwing out idea after idea, providing a narrative density his plot was previously without. How are the menaces attracted to the Avengers? How much does S.H.I.E.L.D. know? How can Bruce Banner be prevented from transforming into the Hulk? How is the Endless Wartime’s menace sustained? It’s also where the personality groundwork laid in the opening sequences come home to roost. Both Wolverine and Hawkeye are given good speeches, and Captain America has to accept some home truths.

25 pages of good, however, doesn’t compensate for the decompressed remainder.