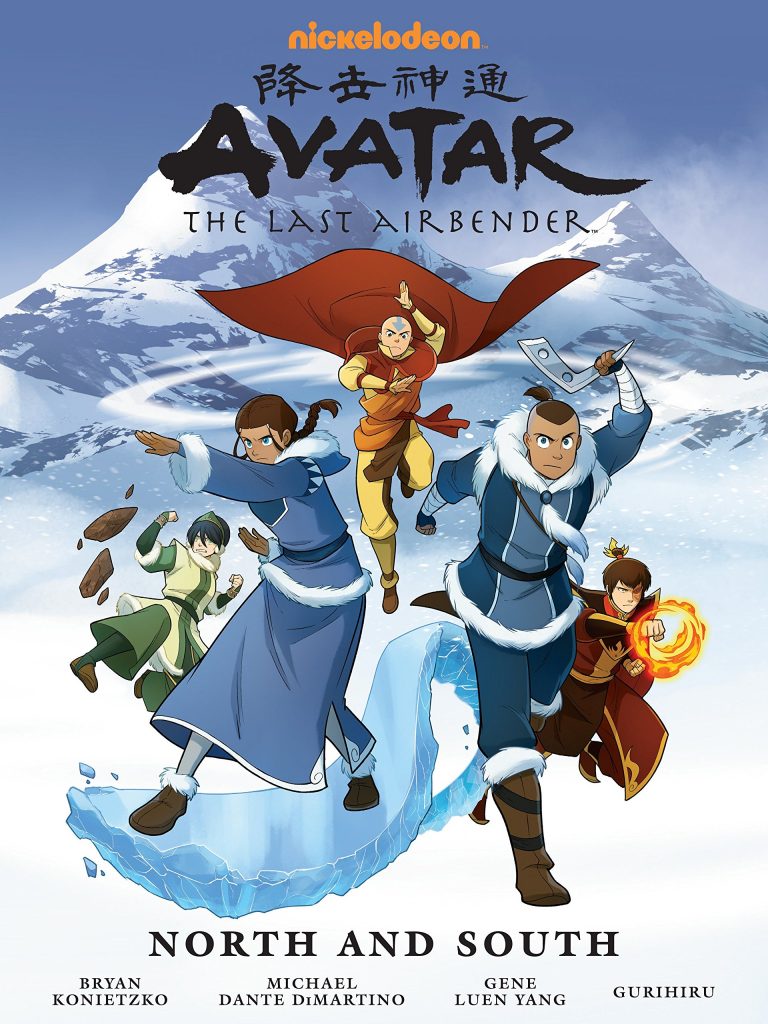 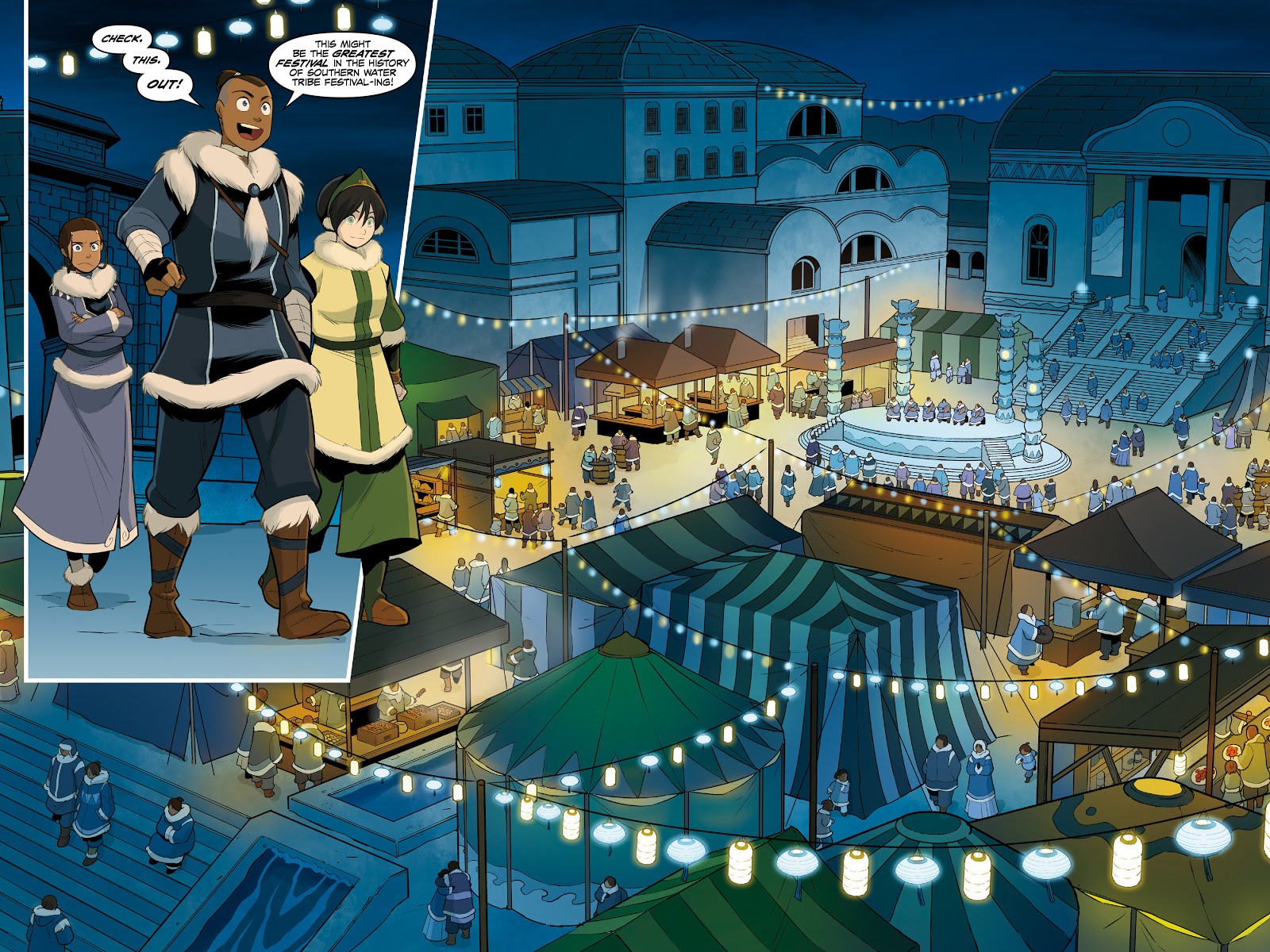 Over the opening chapter of North and South it begins to seem as if Gene Luen Yang is retreading old paths as Katara and Sokka returning home to the Southern Water Tribes to discover little is recognisable echoes the theme of technological progress set against tradition covered in The Rift. In Avatar’s world there are two Water Tribes, one settled near each polar ice cap. The Northern Tribe embrace change and progress, and there’s some snobbery involved in their view of the Southern Tribe’s preference to maintain the old ways and a simpler lifestyle. When they left their homeland Katara and Sokka’s father Hakoda was a tribal leader, but has been elevated to the leader of the entire Southern Tribes, and is now urging progress on his people, helped by two representatives of the Northern Tribe. Not everyone shares his vision, and his former resistance partner Gilak is the umbrella under which the dissenting voices gather. As in earlier books, this is a real world problem Gene Luen Yang’s introduced for North and South. Does progress have to mean rejecting tradition or is there a middle ground?

North and South features more action scenes than any of Yang’s previous Avatar stories, and this permits Gurihiru to cut loose with some great pages. Their design skills are also highlighted, from the creatures introduced in the opening episode, to the machinery that later plays a part. Using a tunnelling machine may contradict Gilak’s adherence to old ways, but it’s also a fantastic retro design, so can be forgiven. The location also means the artists working predominently in shades of blue, which sets North and South apart from the earlier Avatar graphic novels by look alone.

Eventually only Zuko is missing from the classic Team Avatar line-up as Yang works his plot toward a rope bridge over a chasm scenario used effectively in so many adventure films. We all know the bridge will break at some stage, so the tension is generated by wondering exactly when, who’ll be on it at the time, and if they’ll have the means to survive. It’s suspense Yang prolongs very efficiently. Before then Katara and Sokka learn something interesting about their father, the tensions between North and South are escalated and as in all Yang’s Avatar plots, there’s a strong dramatic undercurrent.

North and South was originally serialised as three slimmer books, starting with Part One, and the series continues with Intervention, but this is the final Avatar from the creative team of Yang and Gurihiru, who’ve been exemplary over five stories.