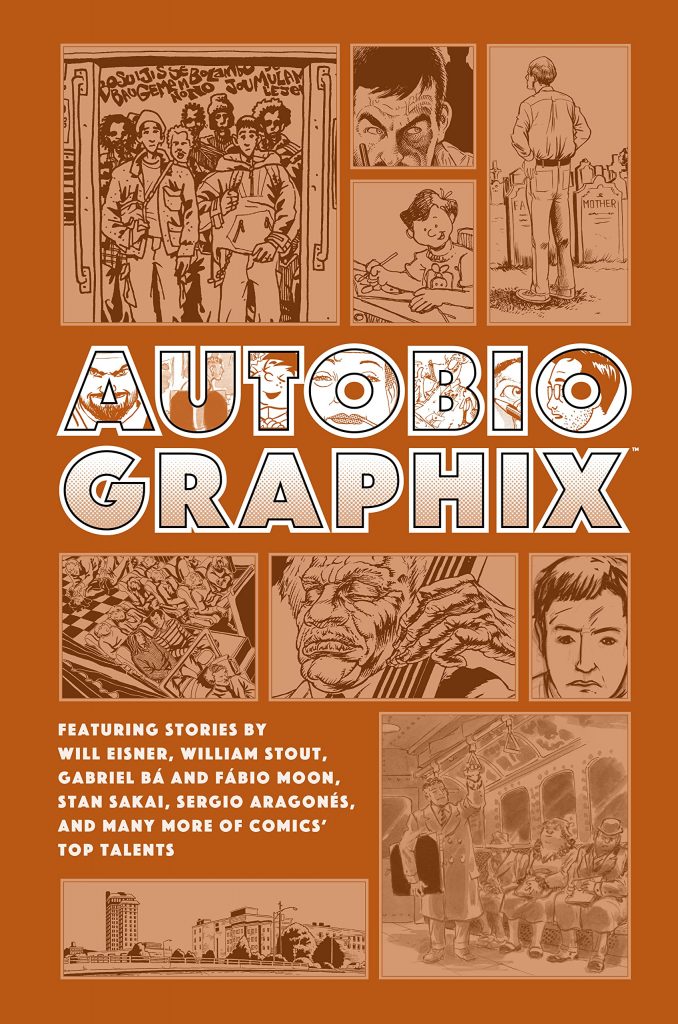 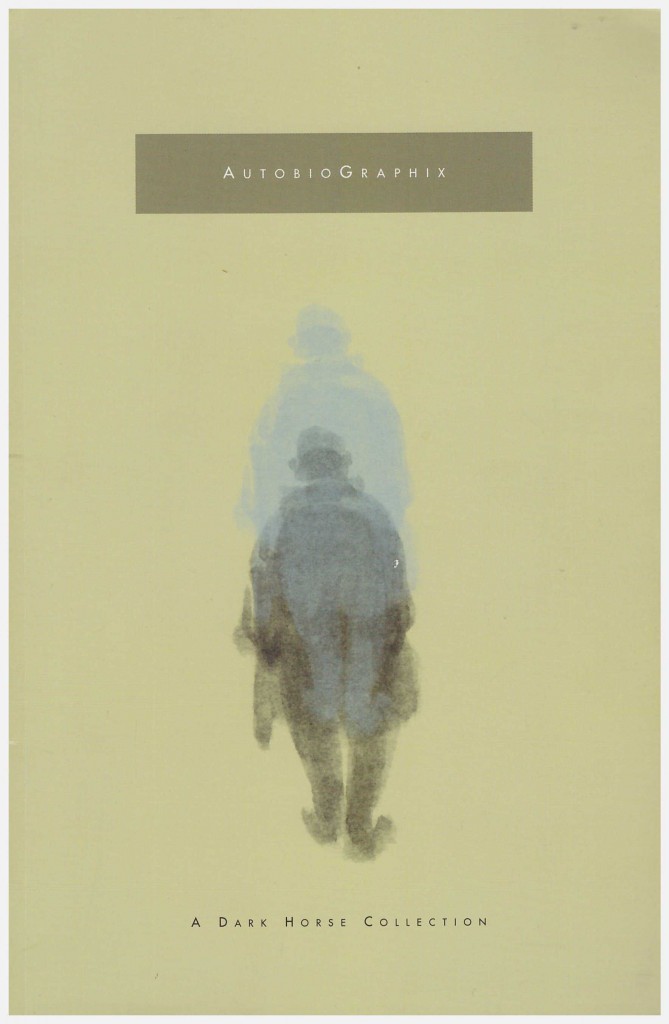 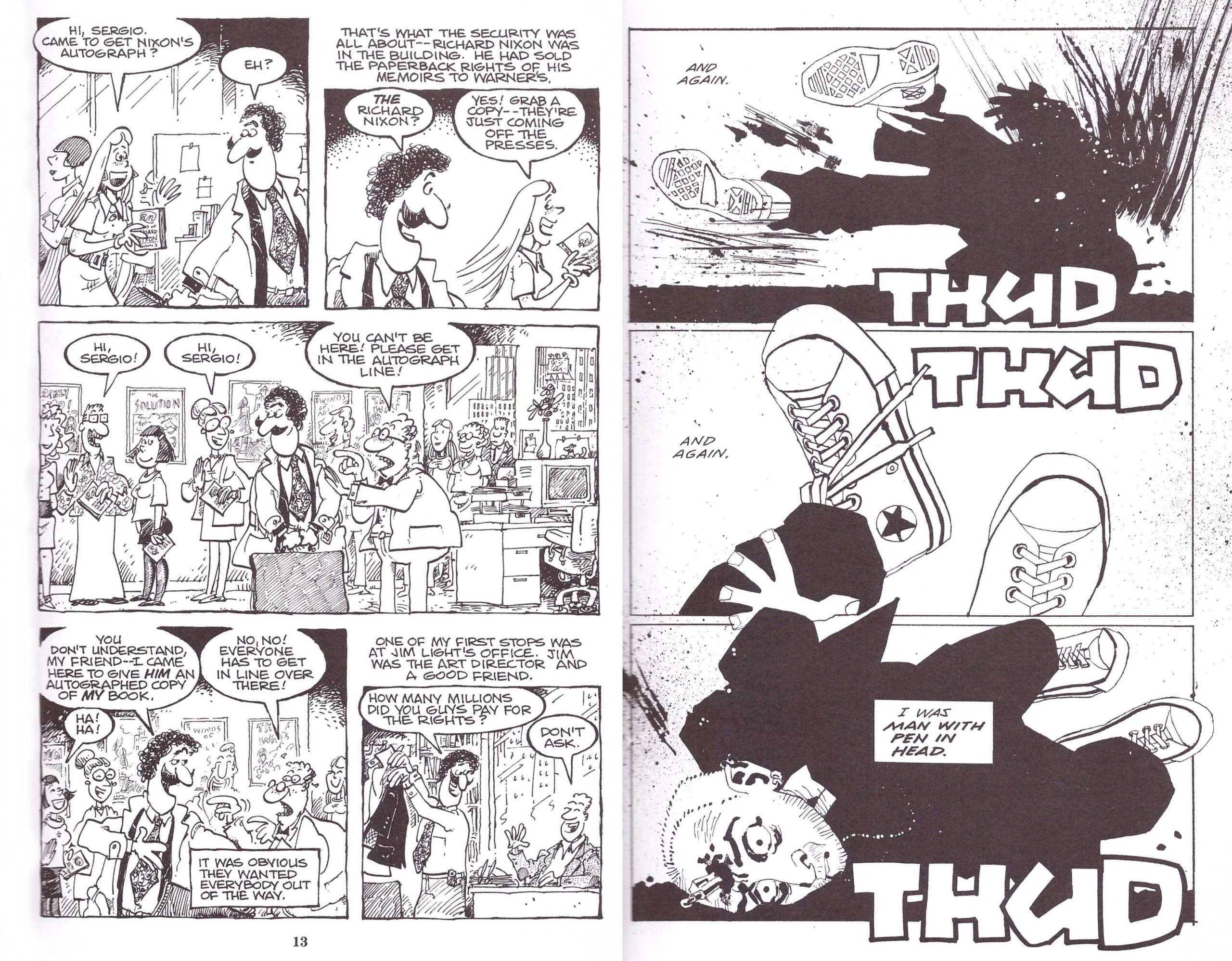 This is another of Dark Horse’s anthologies in the pocket-sized format they utilised in the early days of the new millennium, and like the others, and indeed anthologies in general, it’s a mixed bag. Beguiling editor Diana Schutz persuaded top of the line creators contributing to other Dark Horse material to step outside their known sphere and tell an autobiographical story. For many it’s their first personal work.

As interesting as the content itself is the reaction of the creators. For some storytelling is second nature, so it matters little to Sergio Aragonés whether he’s relating tales about an inept barbarian or his meeting Richard Nixon, but the direct prod of anecdote is anathema to Paul Hornschemeier who rambles on about the nature of being. A similar cerebral approach is more successfully applied by Jason Lutes considering a person’s connection to their chosen neighbourhood.

Matt Wagner is possibly the only creator to surprise here. His contribution is neither anecdote nor pontification, but reveals his love of cooking as he prepares chicken parmagiana. His recipe’s relatively simple, and works equally well with quorn. The secret’s in the sauce. At publication Frank Miller would have been considered the prize attraction, and he whimsically relates his experience with the Daredevil film. Will Eisner’s contribution, published just over a year before his death, relates the hopes and aspirations leading to his first rejection and some sound advice. It can also be found in a collection of his autobiographical material, Life, in Pictures.

Stan Sakai, Metaphrog and the team of Gabriel Ba and Fabio Moon all travel in France. Arnold and Jacob Pander stand out by delivering the anticipation of a small passing moment. Linda Medley and Bill Morrison return to childhood, while William Stout deals with childhood in a different manner. The previously unknown Richard Doutt deserves his place here, combining his own experience with a poignant remembrance.

Everyone will have a different favourite piece, but it’s the speculation of Paul Chadwick that carries the most resonance. He dips back to his days as a student sharing accommodation with many who’d make a mark, and some particularly vindictive departing tenants. Chadwick’s work has always sought answers, and the manner in which his contribution suddenly takes a turn follows that pattern into a topic where others also seek answers.

A word of praise here for Schutz as well. In the days before downloads wiped out packaging, more serious bands would agonise about the running order of their material on CD, yet this impression is rarely given by the anthology of comic strips. Here, though, thought has been applied. There’s a sequence leading the reader through the book, and when that’s not possible thematically the final page of one story may link to the opening page of the next matching the design.

This is a catholic selection, but there’s no bad material. Autobiographix was reissued in hardcover in 2021.