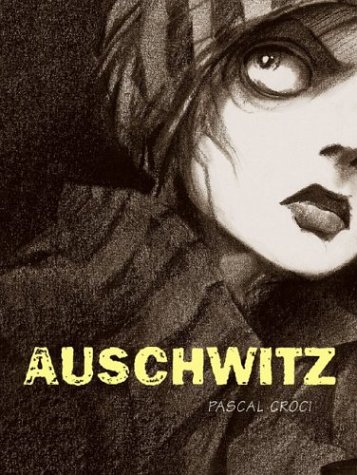 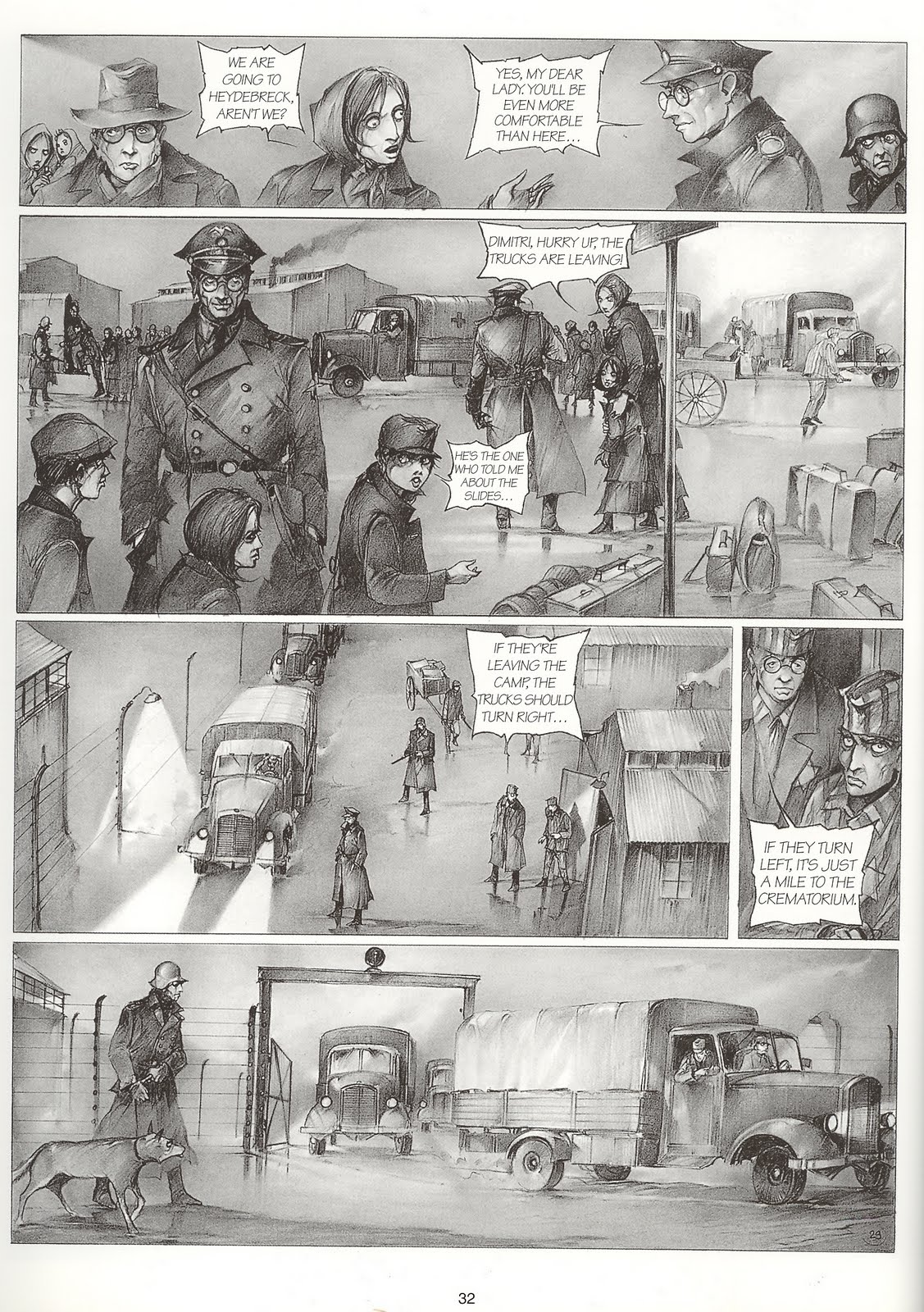 To create his graphic novel French artist Pascal Croci fictionalised the stories of the Nazi concentration camps survivors during World War II via the memories of an old couple, Kazik and Cessia. In a powerful statement, they’re Bosnian residents in 1993, and with the terrible repression there have heard enough to make connections with a past they’ve suppressed for almost forty years. Their location is also relevant to an incredibly powerful ending.

Presumably no-one’s going to pick up Auschwitz without some idea of the horrors Croci relates, but even so, no-one should expect an easy read. In an era where ever more people don’t believe the truths of the concentration camps Croci spares us nothing of their horrors. Hollow eyed victims already in their striped camp uniforms view new arrivals, among whom there’s still some hope of retaining their dignity, never mind their lives, believing somehow rational discussion can prevail. As shown, no argument ever stops a bullet. Desperation is prevalent throughout, as we see those who’ve compromised in the hope of saving their own lives, and of people separated from loved ones who’ll do anything to see them again. At one point Kazik believes his young daughter might be among those being sent to the gas chamber, so he joins the workers who operate the terrible machinery, desperately hoping to see her one final time. As horrific as that is, other stories are worse, and illustratively Croci doesn’t spare us the truth.

Scenes don’t flow smoothly because Croci’s jerky narrative choices remind us the story is being told in hindsight, stitched together from those long suppressed and now fractured memories. The shades of grey wash he uses for the illustrations has a constantly grimy quality, and the panels are packed with evocative small details that bring home the squalid conditions. Birds pick at everything, puddles and dirt prevail, and spotlights illuminate everyone. One especially powerful sequence is nothing but two pages of smoke as cleaners enter the appallingly named Disinfection Room, clearing to show the truth within, Croci then pulling the viewpoint back to display the sheer scale of what’s happening on a daily basis.

Auschwitz is a very difficult read, lacking any concession to storytelling sentimentality. We want a happy ending, but for every Schindler’s List there are countless untold stories from the time where there is no glimmer of a happy ending. That’s equally true of conflict in the former Yugoslavia during the early 1990s. It would be a betrayal to pretend otherwise.

Aware of the emotive subject, Croci includes considerable amounts of background material. There’s an interview about his approach and research, sketches, direct reproduction of some testimony, a glossary of terms, and Xavier Vidal’s historical perspective. The original French publication was awarded the annual commendation of the French parliament in 2001.