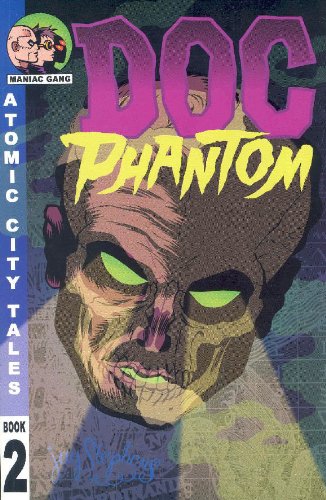 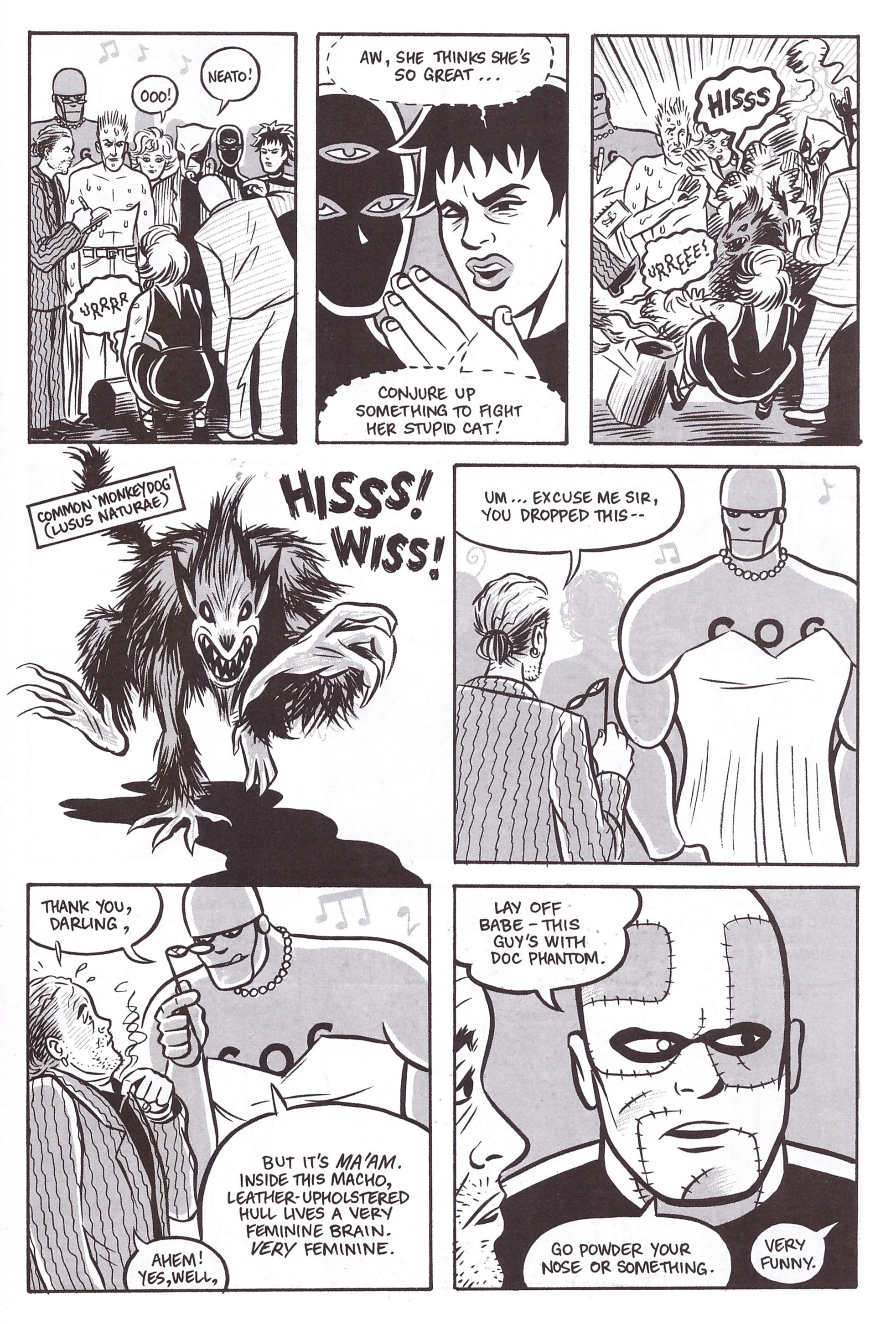 Go Power! introduced the conceit that cartoonist Jay Stephens hangs out with superheroes. He’s been appointed official comic artist to Big Bang, a superhero that can do anything, but that being the case there’s pretty well no crime, and Atomic City’s other heroes are just hanging out in the clubhouse playing Scrabble and watching Peter Sellers movies. No, it’s not very stimulating, so when Stephens is abducted by Doc Phantom and his gang of villains it offers some excitement, something around which Stephens can construct a story.

There’s still a novelty about Stephens being a more up front and personal chronicler than the unseen writers of most superhero comics, and while it predates the Big Brother TV show, there’s a similar vibe of fixed personalities airing all. The bathos of Doc Phantom’s supervillain party is great. It’s dull as all get-out, but the idea of the room being filled with costumes as they go through routine niceties is absorbing. Of course, much of that is down to Stephens dealing in concepts as much as stories. The giant robot in a dress seen on the sample page serves no purpose beyond what’s seen on that page, yet is an arresting visual, as is so much else. The mundanity of life between the panels that most super powered characters would experience is what interests Stephens, not the slam-bang action, which his cartoon avatar derides as commonplace. However, he’s creative when it comes to that. Big Bang infiltrates the villains’ party, and when identified splits himself into all sorts of variations along the lines of the old Captain Marvel family, each given a panel over two pages of mayhem, and ranging from Bangzilla down to Bangmite.

Stephens experiments with his storytelling, the top section of pages forming the middle episode showing Big Bang’s movements as the bottom sections keep us informed about Doc Phantom’s party. He seems to have tired of the whole idea, however, as the final epilogue pages just update on a few people. It very much seems a line drawn, and Stephens would move on to other projects, and eventually into animation and newspaper strips. What he’s left here remains a lot of fun, quirky and individual. You could draft anyone in to write Superman, but only Stephens could create Atomic City Tales and retain its essential nature. 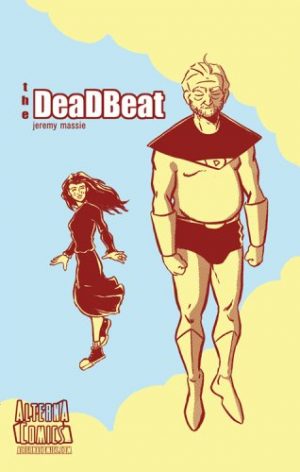