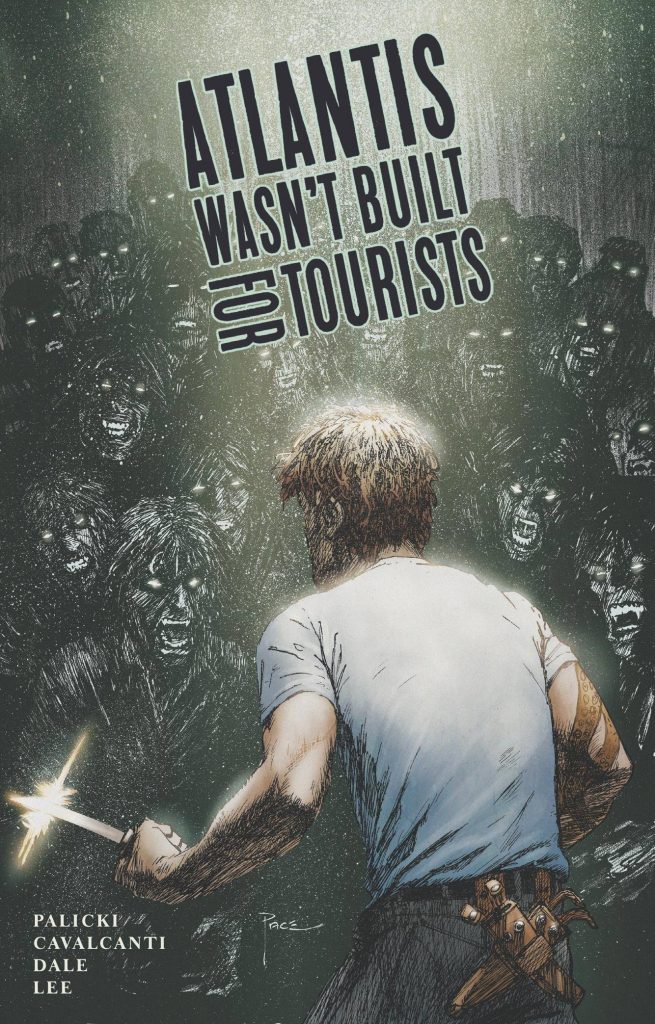 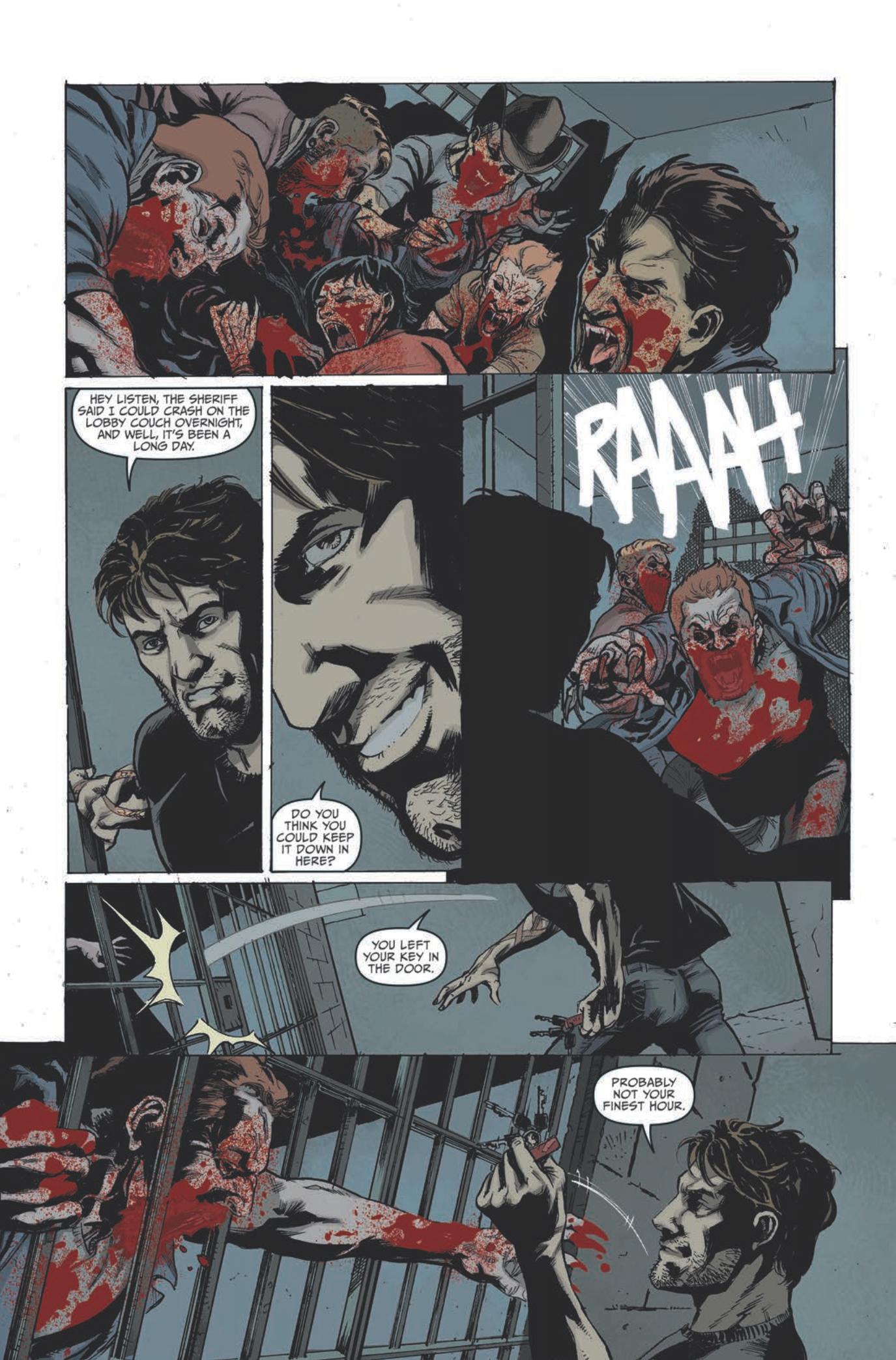 Eric Palicki’s title is an attention-grabber, yet this isn’t the mythical undersea Atlantis, but a small town in the middle of nowhere where the Sheriff takes a really rigid attitude to enforcing the curfew. Fortunately backpacker Lucas earns a free pass by carrying the Sheriff’s drunken niece to hospital after she crashes her car, and gets to sleep on the office couch. The first dozen pages have an air about them, but fall into the bounds of normality. That changes when Lucas is woken in the middle of the night.

All the way through that opening chapter Palicki keeps shifting the ground, peeling back layers that redefine the conversation Lucas and the Sheriff first had as a game of going through the motions, with each aware the other keeps secrets. It’s one of a number of clever aspects of what’s an unconventional horror story rooted in reality, the local bar being called The Wooden Nickel being another. And he repeats the phrase “once upon a time in America”, inviting comparisons with Sergio Leone that don’t really bear much scrutiny. There’s possibly something about the staging in places, but overall it’s not worth looking for what’s not there.

Because the narrative switches between small town reality and unimaginable horror, often at a moment’s notice, it requires an artist with more than the single trick up their sleeve. Wendell Cavalcanti is that person. A few minor perspective glitches don’t detract from an actually inviting-looking small town in which the inhabitants look upright, angry or fearful as necessary. When the creatures of the night arrive they’re fanged terrors, just as they should be.

A game of cat and mouse has developed by halfway through, but much of Atlantis Wasn’t Built For Tourists concerns people not being what they appear to be, so Palicki has plenty of surprises to drop. Several occur in the final chapter, as you’d wish. Perhaps the biggest is how much the ending depends on the revelation of an impossible emotional conundrum.

This is a smart mix of action and horror that leaves the door open for a sequel, but stands well enough alone without one.