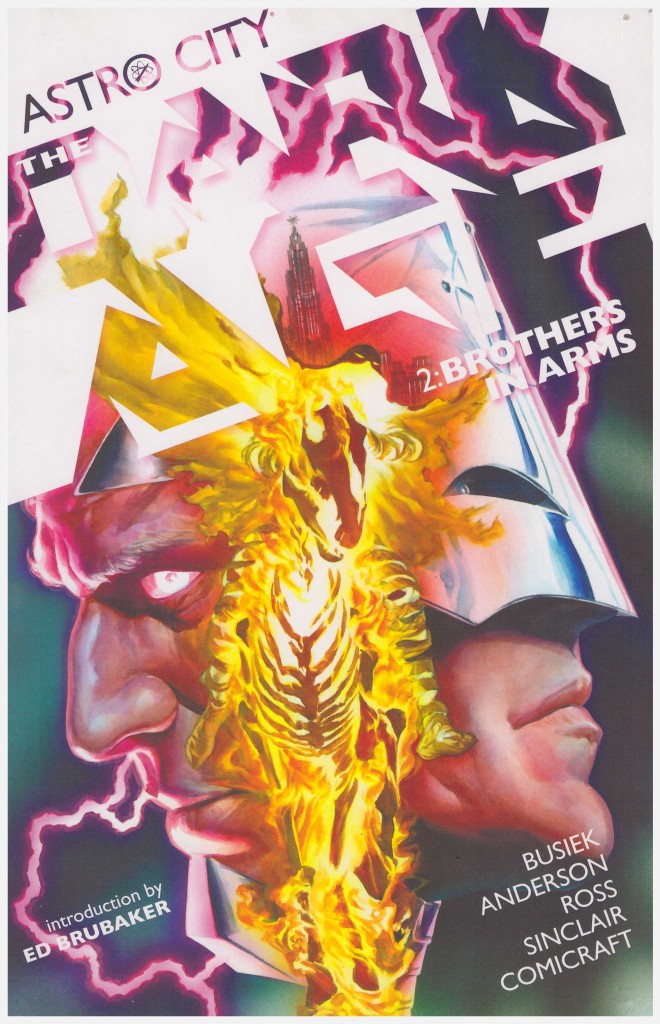 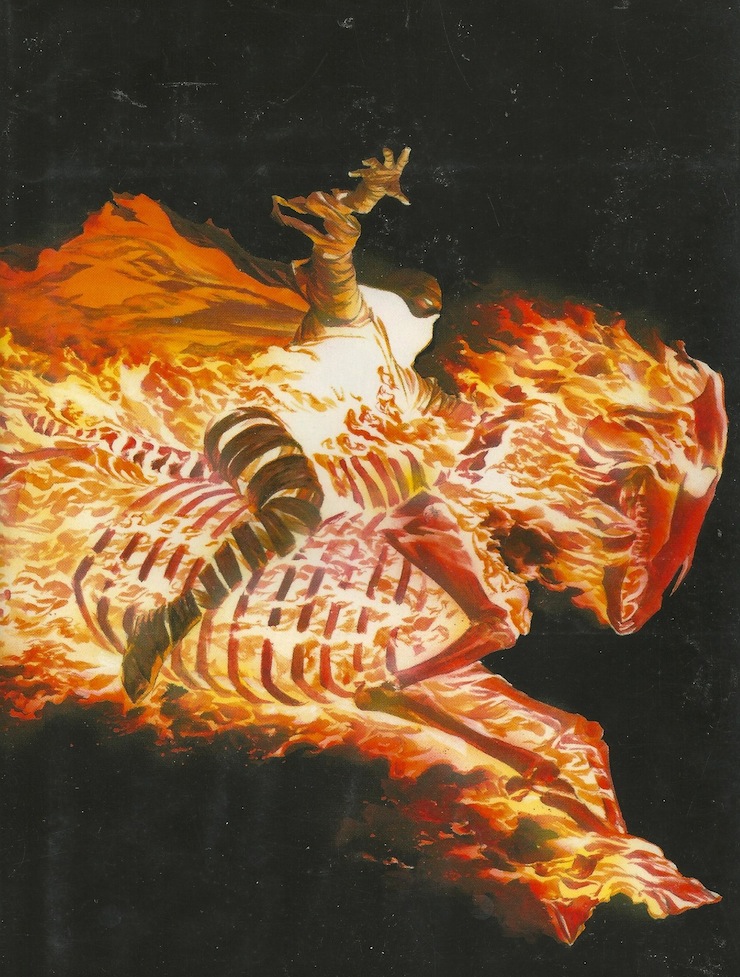 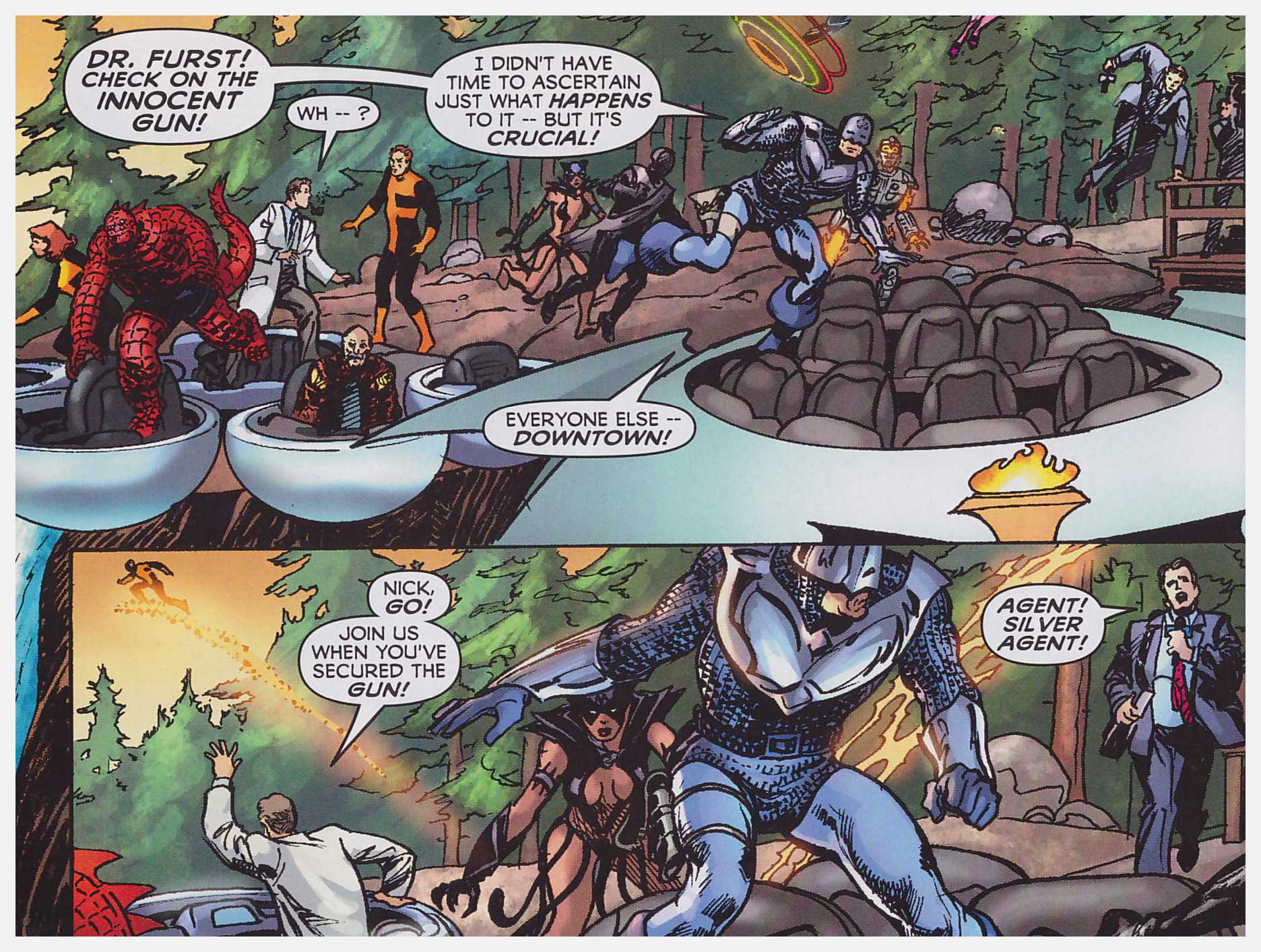 Continuing from Dark Age: Brothers & Other Strangers, this is the weakest Astro City novel to this point. Not that it’s poor, it just fails to meet the standard previously set.

This is down to Kurt Busiek’s writing, not Brent Anderson’s art, although that does appear crowded and rushed in places. The single most dominant characteristic of Astro City to this point has been the resolutely optimistic approach. Yes, there have been darker moments, but for the most part the superheroes introduced represent the lighter times of the comics Busiek read as a child. He’s been canny enough to ensure these aren’t dated timepieces, but the lightness has been integral.

As promised by the title, The Dark Age reversed the prevailing mood. It began as the tale of two contrasted brothers and from there gradually raised the stakes to the point where there’s an epic element to Brothers in Arms. Unfortunately it also sprawls, loses focus, and those critics who can’t see the imagination at play in Busiek’s work and consider it dull can locate their ammunition here. They’re wrong in general, but this is a lapse.

The previous volume ended with the hint of reconciliation for the Williams brothers Charles (cop) and Royal (petty criminal) after Royal discovered the identity of man who’d haunted them since their 1950s childhood. This target, though, is enmeshed in a bigger picture, a criminal organisation with a monumental ambition, and that’s where the problems begin. It necessitates a compressed storytelling delivered by often stunted narration, and the plot begins to be driven by never credibly presented technobabble.

As the story continues we’re moving from the 1970s to the 1980s, and also learning more about the Silver Agent, who keeps popping up, despite his fate in the previous volume. This also feeds into the duller aspects of what’s presented, but his concluding participation does have a visceral and inspirational heroic quality. There is a clever, uplifting, and glorious conclusion to the Silver Agent’s storyline, but while not continued directly, that’s found in Shining Stars.

Common to all Astro City books, the final pages supply the extras of character design by Anderson and Alex Ross.