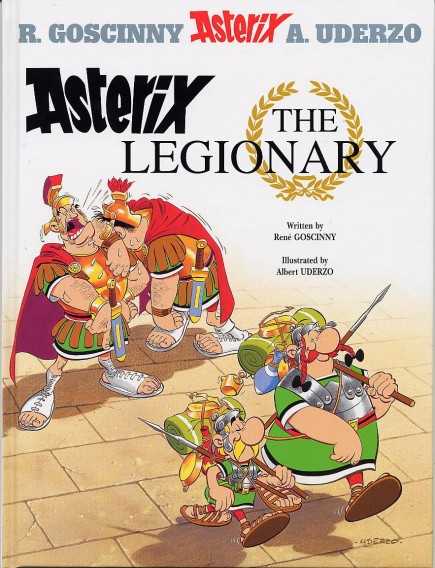 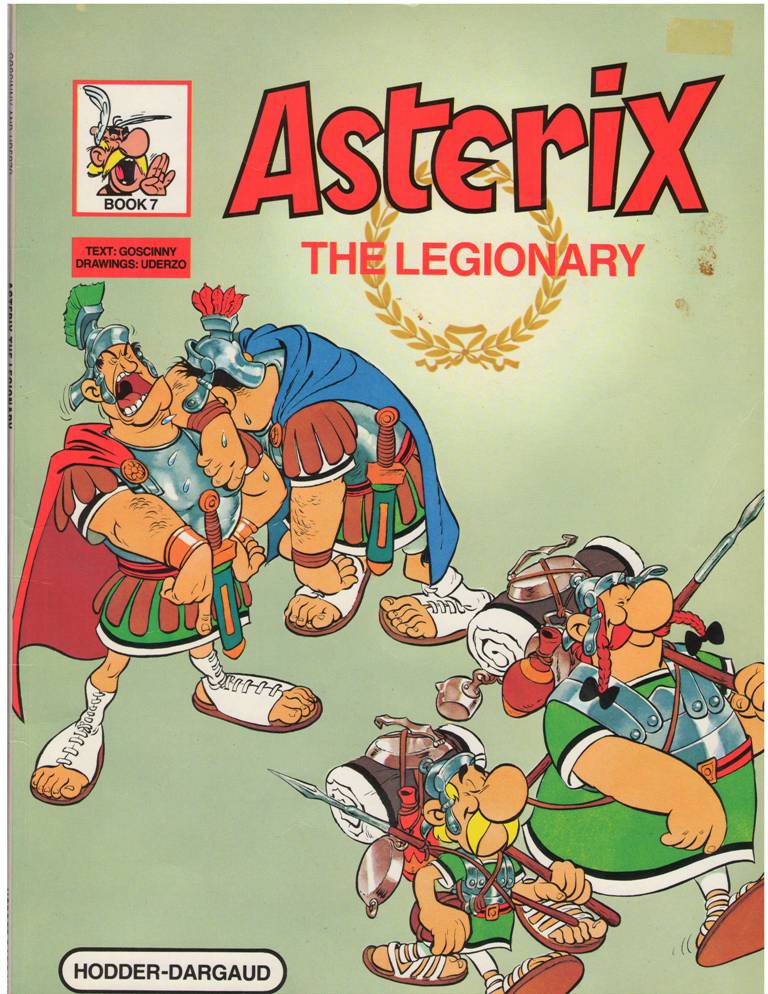 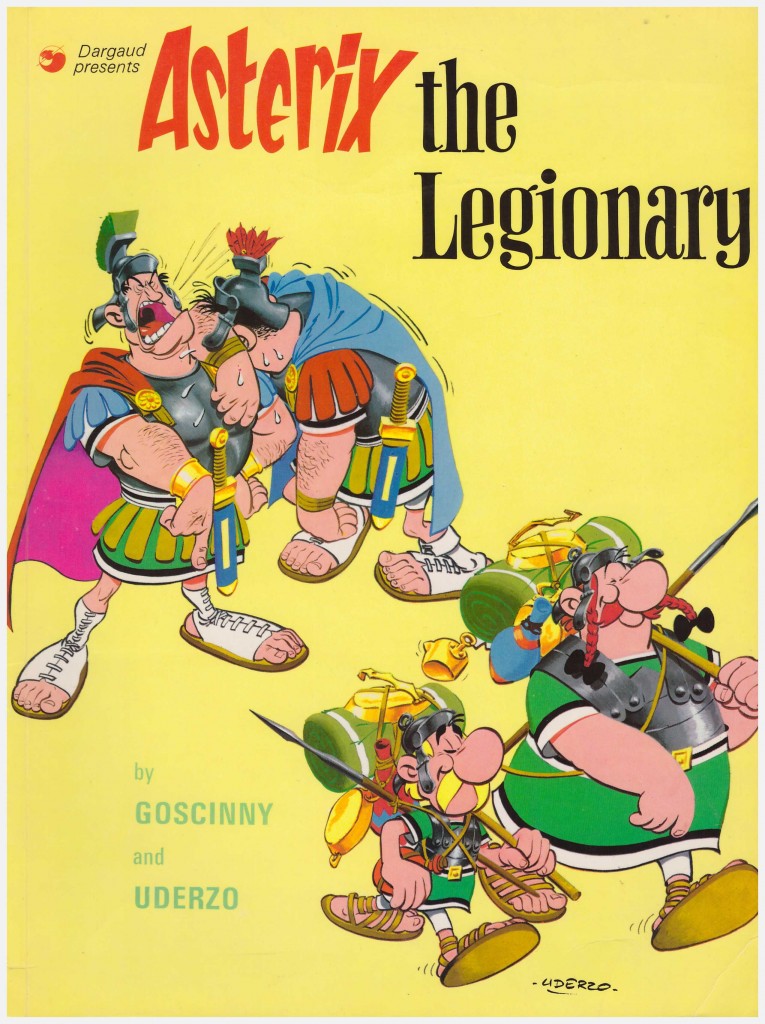 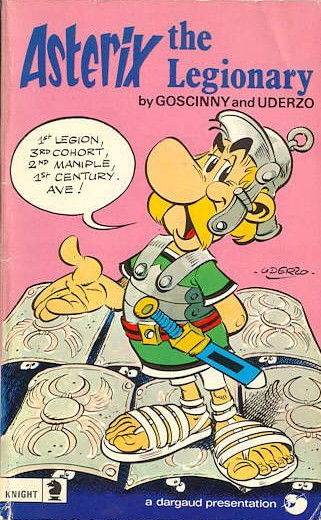 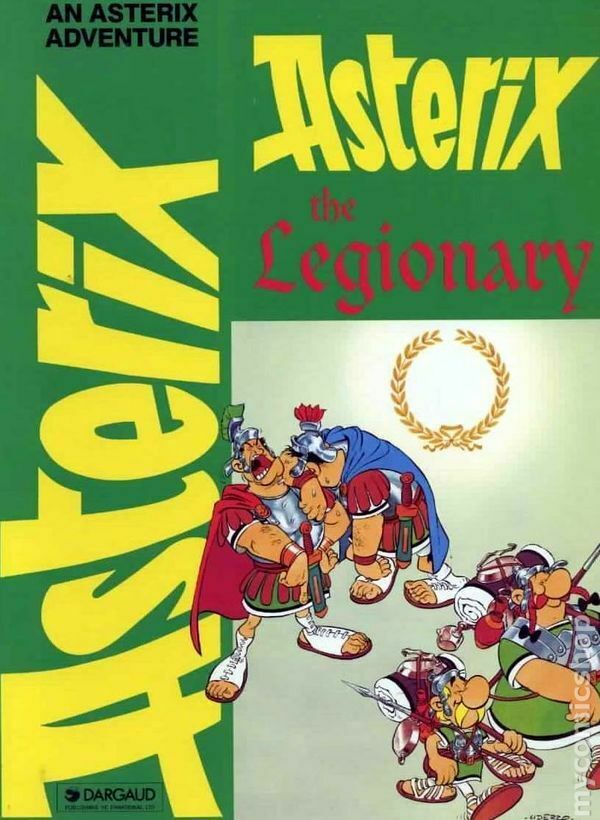 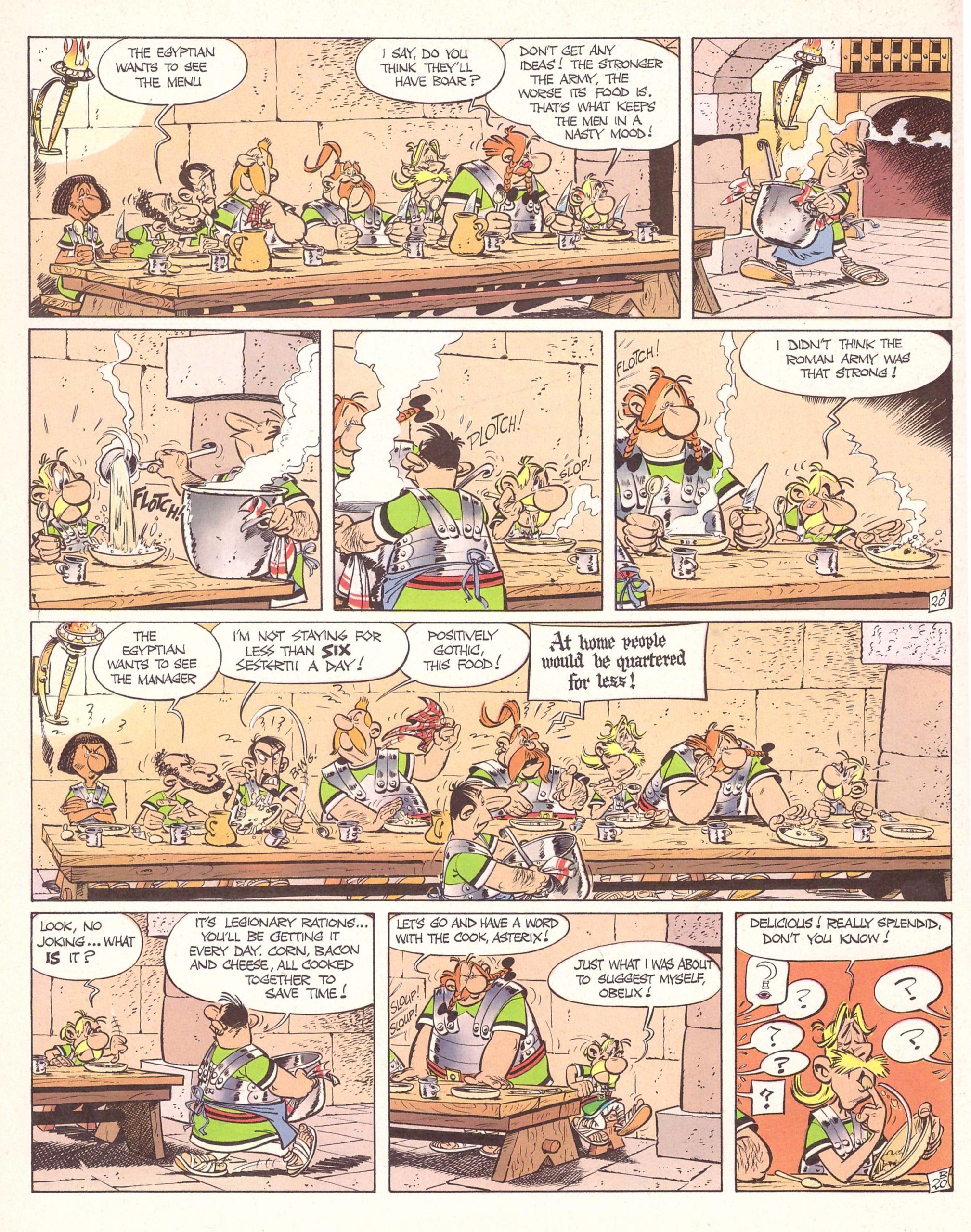 One of the very best Asterix albums begins with Obelix hopelessly in love with the glamorous Panacea. The early pages depict his ham-fisted attempts to woo her, coached by Asterix, until the unfortunate discovery that she’s engaged and her fiancée has been conscripted into the Roman army. Ever gallant, even in crushing disappointment, Obelix immediately volunteers his services to retrieve Tragicomix, a caricatured version of French heart-throb actor Jean Marais. Before the mission ends assorted Roman centurions have been reduced to a quivering mess, an army cook has learned the error of his ways and there’s been a decisive intervention in a Roman civil war.

Author René Goscinny unloads some frustrations about administrative bureaucracy in wish fulfilment fashion as Asterix and Obelix handle it in their inimitable manner, having first politely made the attempt to comply. The meat of the story focusses on the multi-national group of volunteers Asterix and Obelix are assigned to. Their Greek companion argues over wages, the Englishman is casually accepting of the worst swill, and the Goth requires a translator, thereby providing much of the comedy. The amiable translator is a superb creation, a Roman soldier, yet effortlessly understanding of the cultures he mixes with. Having been so successful with faked hieroglyphics in Asterix and Cleopatra, the joke is repeated here to more consistent effect, one of troop being the Egyptian Ptenisnet who’s signed up on the belief he’s taking a package holiday. A good new joke is added to the word balloons, with tiny flower illustrations accompanying sarcastic faked pleasantries.

The customary clever classical allusions abound as puns, and amid his magnificent cartooning artist Albert Uderzo throws in a visual joke by providing a pastiche of Géricault’s Raft of the Medusa to depict the inevitable sinking of the pirate ship. The rich doses of slapstick are masterfully constructed, as are the wealth of memorable new characters. One can’t imagine anyone starting Asterix with this book and not immediately wanting more.